The list of catchiest Screenhub reviews for the year is a map of success intercut with caution. What's clear is that readers want reviews of Australian content.
David Tiley 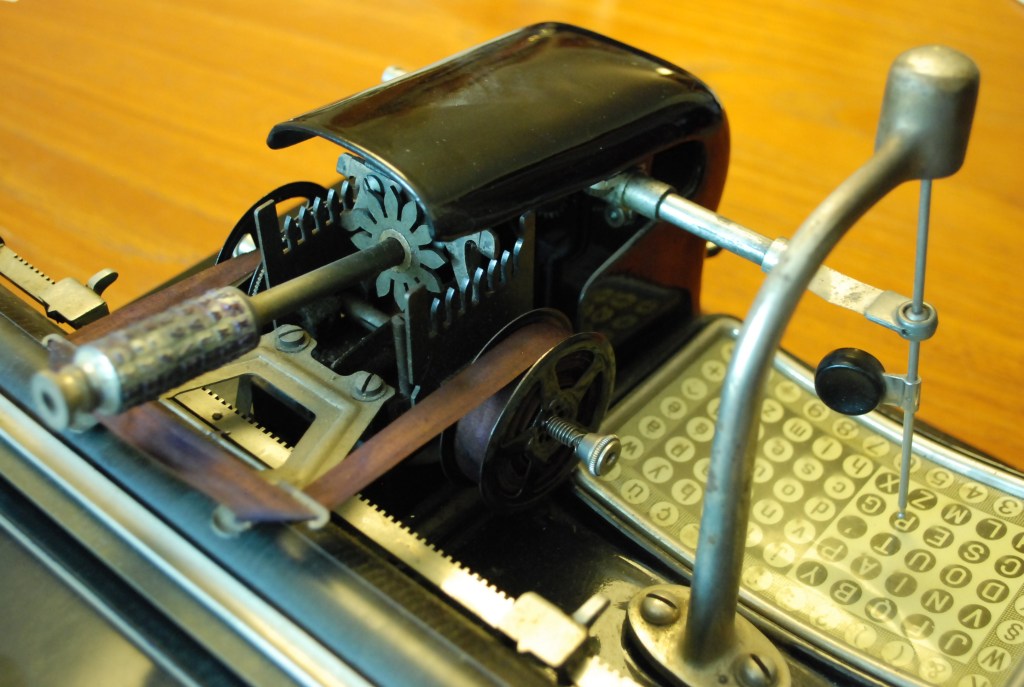 Writing reviews is a tricky business. This is the latest Screenhub office keyboard.

Screenhub works on a mixed open and membership model, like most publications. We have a substantial member list, to which we send the bulletins, and a treasured group of subscribers who can read the locked material, which includes most of the internal links.

For the first week, all the material is unlocked but the majority of stories on the site are only available to subscribers. Al our reviews are kept open, like the op-eds by friends of Screenhub.

Personally, I see the Screenhub readership as interlocking groups of people, so the raw number of clicks is only one measure of value. Nonetheless, going through the chart for 2021 is an instructive exercise.

The most obvious development over the year has been a jump of around a quarter in our readership after we switched to the new architecture. At the same time, our stress levels became less daunting.

Rochelle Siemienowicz is an excellent editor, feature writer and reviewer in her own right, who has recruited and maintains our team of reviewers. She has built a critical strand which is objective and knowledgeable. Our writers understand the screen making process, the emotional investment of creators and the practical forces which shape content. I read them and learn stuff, which makes my toes curl with delight.

This is supposed to be about 2021, but I am cheating by pushing an article from September 2020 about the international reception for some important films that didn’t get the attention they deserved.

Over this year, our reviews have come to dominate the numbers and bring a solid audience off Google. It’s not really my patch so I can acknowledge their value – they are a great cultural resource, especially when we review Australian film and television that does not always get the critical coverage it deserves. Thus it’s clear from the numbers that our readers want reviews of the films and shows that are made here. We wish we had the resources to cover more titles, especially in a media environment that doesn’t favour straight reviews anymore (as opposed to opinion pieces or issue pieces that springboard off fresh screen content). Watch this space at Screenhub next year.

So here are the most popular reviews in 2021, with a bit of cheating by me and in roughly chronological order.

‘The film’s strength is the way it overlaps Aaron’s flackback sequences with his present-day pilgrimages to the now-desiccated sacred sites of his youth. Here, as Aaron remembers the milky-brown river water and gentle grey-green foliage, Ellie’s river-damp skin and her campfirelit face, the drought finally feels like a genuine metaphor for his loss as he walks through those same trees, now dead and colourless, and along the canyon the river has become.’ Mel Campbell

‘Combine breathtaking landscapes with heartbreaking acts of brutality and, in Australian film and television, a snapshot of the country’s historical and ongoing struggle with race relations typically eventuates. Arriving at the end of a decade that has delivered Mystery Road to both cinemas and TV screens, as well as its sequel Goldstone and Warwick Thornton’s revisionist western Sweet Country, High Ground joins a growing cohort of local movies and shows determined to roam the dusty countryside, expose engrained racial injustice and interrogate the horrific treatment afforded the nation’s First Peoples.’ Sarah Ward

‘Sitcoms require audience engagement up front. If you’re not paying attention, you’re not going to get the jokes. This makes them a risky proposition in today’s increasingly scattered attention economy, which is a shame; Australian television most definitely needs more series like Fisk. If we see a smarter, funnier local sitcom this year then it will have been a very good year indeed.’ Anthony Morris

‘Barbaro’s lifestyle of tatts, flashy t-shirts, and picking up women at the gym while his wife (Louisa Mignone) looks after the kids is the real focus here. The occasional moments of culture clash comedy are a highlight, like when he threatens a middle-class couple into withdrawing a complaint against his bite-happy pre-schooler, only to discover his daughter wasn’t to blame (him snatching back the fancy wine he gave them to balance out his threats is a nice touch).’ Anthony Morris

Review: The Newsreader on ABC TV is sophisticated and enjoyable

‘But what separates The Newsreader from more broadly drawn Australian period-set miniseries such as Paper Giants are its nuanced characters and relationships. This isn’t a pantomime version of the recent past; nor does it lean on the truism that we’re more ‘evolved’ now. Instead, its terrific ensemble cast bring series creator Michael Lucas’s (Offspring, Rosehaven, Wentworth) intelligent story alive. These characters feel like real people with histories and hopes, who have to reconcile trust and loyalty with power and ambition.’ Mel Campbell

‘RFDS doesn’t skimp on the medical issue of the week either, with episode two featuring an outback astronomer with mysterious bruises, seizures, and a possible case of scurvy. With plenty of jargon and slickly professional medical procedures, it has, as the old advertising slogan used to say, ‘the look and feel of real’; these days a medical drama can’t get away with anything less.’ Anthony Morris

‘Opening with a sex scene is one way to grab an audience’s attention. But opening with a sex scene that’s clearly being filmed doesn’t just grab attention, it holds onto it: the on-screen couple might be enjoying each other’s company now, but there are going to be repercussions later. Disclosure is a rare Australian film where the script skilfully and consistently sets up little moments that have large payoffs down the line. It’s a small story that’s big on drama.’ Anthony Morris

Also exciting is the inclusion of Cantonese, which is sonically delightful to hear among bush birdsong and Caitlin Yeo’s emotive score. Various accents remind us that some of these characters have travelled a long way to get here, though Chinese characters notably flit between English and Cantonese with ease — these are people who have had to learn and learn quickly to survive in this world. Early on, Shing chides his right-hand man for not speaking English, sharpening our perception of his character. That same ability is ridiculed later when he is in the company of white theatre-goers, sharpening our sense of setting by deftly highlighting the power structures at play.’ Eric Jiang

Film Review: Nitram is is hard to pin down

‘Playing a character intentionally left unknowable – Nitram even says as much to his mother – it’s left to American actor Caleb Landry Jones to turn the empty space at the heart of Nitram into a human being. His success is what makes this film work, presenting us with a man both lumbering threat and puzzled child, gleefully wilful and morose, looking around dully as if trying to find a mirror in which to recognise himself. It’s a gripping performance that speaks volumes in a film that otherwise tries not to say very much at all.’ Anthony Morris

‘Fires is so vividly handled, both in scenes of fire fronts and their aftermath, that it might well throw viewers back into the heavy feelings and heightened anxiety that so many of us felt during 2019–20. Maybe we’ve felt so heavy and anxious since then that this will truly seem like period drama. But Fires might also serve to remind us now of the best qualities Australians possess, and the ways in which we help and protect one another.’ Mel Campbell

‘It’s a confusing start; but the pleasures of this show lie in watching its clockwork tick as the plot unfurls. Director Claire McCarthy (Ophelia, The Waiting City) brings her keen eye for motif. With her DOP Denson Baker (McCarthy’s husband and frequent cinematographer) the camera dwells on greenstone and gold, laudanum and wine, in a way that transforms them into talismans and elixirs. And the ominous albatross that first draws Anna’s and Emery’s gaze recurs as poignant ‘lucky feathers’.’ Mel Campbell

‘Indeed, the strength of this season is its pervasive atmosphere of anger at Federal-politics-as-usual. It chooses to emphasise actual voters, who usually don’t feature much in TV dramas about politics: there are a lot of compelling, gritty cameos from people who don’t perform like actors. Rather than mere consumers of ‘civic entertainment’, they become citizens whose voices need to reverberate in Parliament.’ Mel Campbell

Here is that 2020 article about some important films celebrated outside Australia.

Critics could debate the merits and subtleties of The Furnace, High Ground (and Sweet Country in 2018) in their stories of the Australian frontier. At this stage, we are seeing Australian filmmakers bring a disciplined, unflinching eye to masculine violence and racist horror. International critics are impressed, but local audiences could follow the thread or ignore the pain. Either way, the films push deeply into the repressed monsters beneath our popular culture view of history.