An enthralling addition to a new canon of films about historical injustice to our First Peoples, writes Sarah Ward.
Sarah Ward 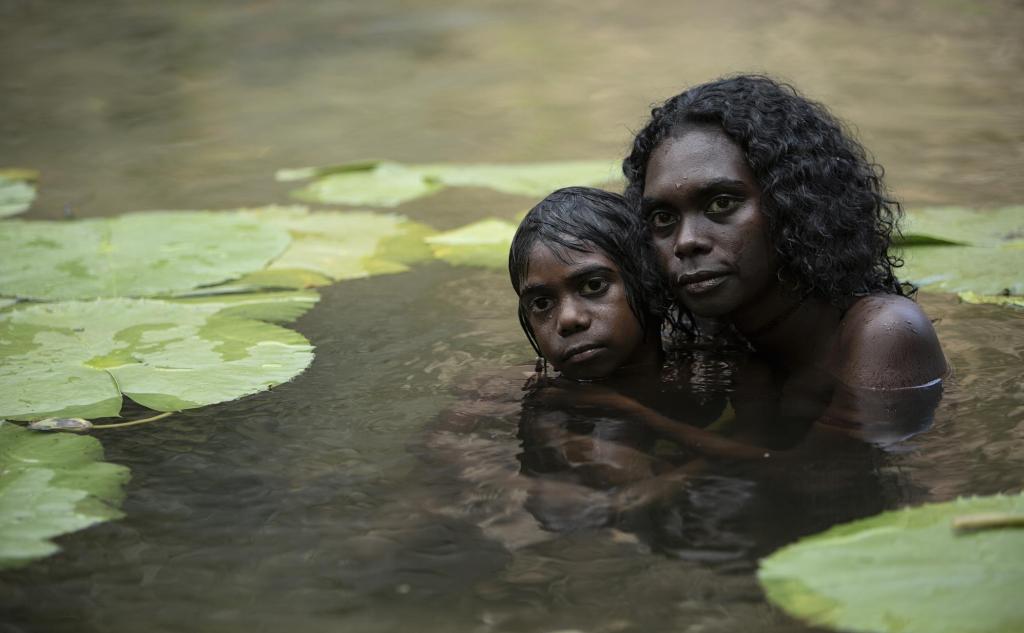 First published to coincide with High Ground’s screening at Brisbane International Film Festival 2020, this review has been republished for the film’s general release in January 2021.

Combine breathtaking landscapes with heartbreaking acts of brutality and, in Australian film and television, a snapshot of the country’s historical and ongoing struggle with race relations typically eventuates. Arriving at the end of a decade that has delivered Mystery Road to both cinemas and TV screens, as well as its sequel Goldstone and Warwick Thornton’s revisionist western Sweet Country, High Ground joins a growing cohort of local movies and shows determined to roam the dusty countryside, expose engrained racial injustice and interrogate the horrific treatment afforded the nation’s First Peoples.

This isn’t a by-the-numbers genre, however. As Stephen Maxwell Johnson’s film demonstrates, High Ground feels like a part of an expanding collection, while also serving up its own reckoning with Australia’s colonial past. From scenic Northern Territory vistas to abhorrent attitudes towards Indigenous Australians, much here is familiar. Indeed, courtesy of multiple standoffs between white law enforcement officers and Aboriginal groups, much within High Ground’s frames purposely echoes itself. But, made with in collaboration with Indigenous communities in the NT, this potent drama speaks with its own voice.

The emotions evoked — the anger that blisters and the dismay that festers — might be recognisable, too, but that should always prove the case with any homegrown movie on such a pivotal and still-relevant topic.

Read: Film Review: Penguin Bloom plays it by the book

First premiering pre-pandemic at the 2020 Berlin International Film Festival, then making its local debut as the opening night pick at this year’s Brisbane International Film Festival — with an Australian general theatrical release now slated for 2021 — High Ground opens with the type of image for which Aussie cinema has long been known. Set in 1919, the film begins with a striking shot of our sunburnt country and its natural features that could double as a clip from a tourism campaign. Flitting between eye-catching sights can be used to the point of cliché, but that’s never the case here, with the skills of cinematographer Andrew Commis (Babyteeth, Angel of Mine) on full display. Alas, little about this patch of what’s now known as Kakadu National Park will remain serene once a mission led by ex-First World War sharpshooter turned policeman Travis (Simon Baker) goes awry.

Travis and his men are supposed to be executing a peaceful operation to capture absconded bandits. Unlike most of his fellow lawmen, including those by his side, Travis has respect for the country’s Indigenous inhabitants and the fact that his men are traversing their land. But due to fellow cop Eddy (Callan Mulvey) and his itchy trigger finger, a shimmering lagoon soon becomes the site of a merciless and bloody massacre. In the aftermath, Travis saves a newly orphaned boy, Gutjuk (Guruwuk Mununggurr), then quits his job in protest at the whole mishandled, covered-up affair.

Johnson, directing his long-awaited sophomore feature after 2001’s Yolngu Boy, then picks up 12 years later. Gutjuk is now a young man (as played by Jacob Junior Nayinggul). Travis works as a bounty hunter and his ex-boss Moran (Jack Thompson) sparks their reunion in response to an escalating series of attacks by Gutjuk’s vengeance-seeking uncle Baywarra (Sean Mununggur) against white settlers. Once again, Travis agrees to lead a mission of peace, this time enlisting Gutjuk as his tracker. With a sense of deja vu baked into the script by Chris Anastassiades (The Wog Boy, Hating Alison Ashley) — a sense that the atrocities and injustice endured by Indigenous Australians are doomed to repeat until the nation’s white population start treating the country’s First Peoples decently, and acknowledging their ties to the land — this new quest also begets violence and bloodshed.

In contrast to the Mystery Road franchise’s focus on Aboriginal detective Jay Swan, as well as Sweet Country’s allegiance with its Indigenous characters, High Ground’s efforts to split its perspective between Travis and Gutjuk are noticeable. That said, this isn’t a film about a white saviour, but one that tasks a white figure with forcibly facing the reality perpetrated by the domineering society of which he’s a part. That’s a crucial distinction, especially in a movie that unfurls so much of its action without dialogue. As played stoically by Baker in his first Australian role in decades that he didn’t also direct (unlike 2017’s Breath), Travis sees what the audience sees, including the carnage, the overt discrimination, and the ways that prejudice is both in inherent and insidious, and he can’t look away either.

this isn’t a film about a white saviour, but one that tasks a white figure with forcibly facing the reality perpetrated by the domineering society of which he’s a part.

Rightfully of course, High Ground doesn’t belong to Baker, as effective as he is. The film’s roster of well-known faces is considerable, also spanning Aaron Pedersen, Ryan Corr, Unhinged’s Caren Pistorius, and veterans David Field and John Brumpton, but it’s first-timer Nayinggul who demands the viewer’s attention. In the second Australian movie in just a few years to unearth a new Indigenous talent via an exceptional performance — after Baykali Ganambarr’s Venice Film Festival award-winning turn in The Nightingale — Nayinggul brings equal parts determination and pain to Gutjuk. It’s a nuanced yet impactful portrayal, as Gutjuk continually weathers the fallout of not only individual clashes, but of wider and pervasive societal conflict that complicates every element of his life.

Anastassiades’ screenplay, and Johnson’s handling of it, doesn’t treat everyone in High Ground so thoughtfully; women are given little to do or say, for example. But unmistakable, unshakeable power emanates from this enthralling film, and its willingness to stare unflinchingly at those spectacular panoramas; the savagery that blights them, and the utter disregard and callousness directed towards Indigenous Australians for centuries.