If you long for the days when sitcoms were just plain funny, then Kitty Flanagan's local series is for you, says Anthony Morris.
Anthony Morris 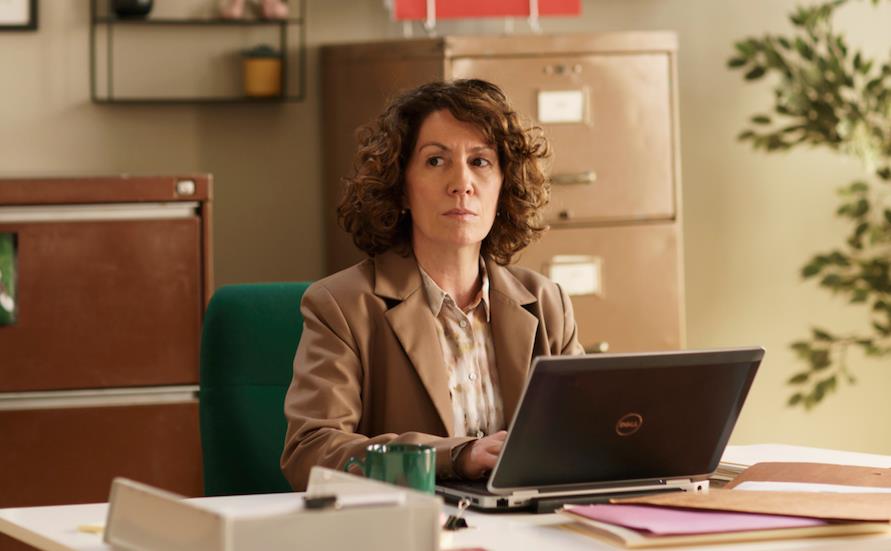 In 2021, Fisk feels like something of a throwback. After all, it’s become increasingly clear of late that the trends in television aren’t exactly going scripted comedy’s way. For one, streaming services need series that will attract new paying subscribers, and audiences seem more interested in spending money for quality (or ‘quality’) drama than on ‘lightweight’ comedy. Audiences might have made Friends the second-most popular series on Netflix, but you don’t see Netflix trying to make their own version.

Meanwhile, the increasingly international nature of the marketplace has shifted the emphasis away from being funny – which is difficult to market easily and is often too local to travel well – towards more easily saleable elements such as big name actors, dramatic storylines and flashy production values. So, with its firm emphasis on getting laughs, Fisk definitely feels like a step back in time. If you long for the days when sitcoms were just plain funny, then this is the series for you.

With its firm emphasis on getting laughs, Fisk definitely feels like a step back in time.

Having been cast out of Sydney’s fancy legal circles due to a personal crisis that spilled into her professional life, contract lawyer Helen Tudor-Fisk (Kitty Flanagan, who also co-creates, writes, produces and directs) is back in Melbourne. Lacking in both people skills and fashion sense, she’s looking for a job – any job – where no questions will be asked.

Fortunately, at probate lawyers Gruber & Gruber pretty much all Ray Gruber (Marty Sheargold) cares about is her age. It seems their grief-stricken clientele prefer to deal with an older woman, and Fisk (he guesses 55; she’s actually 47) is perfect for the job. His solicitor sister Roz (Julia Zemiro with extremely scary hair) isn’t so sure, but as she’s been suspended (and may or may not be about to be struck off), there’s not a lot she can do about it except lurk around as a micro-managing office manager.

Read: TV Review: Why Are You Like This? self-skewers twenty-somethings

As comedy set-ups go, it’s a classic, complete with wacky workmates – Aaron Chen is the probate clerk-slash-‘webmaster’ George – and a steady stream of offbeat punters. Alison Whyte appears in the first episode as a client determined to enforce the provision in her mother’s will demanding her brother have a vasectomy, despite it being completely illegal (the facts in the case are illustrated by slicing up various sausage rolls). The brother paints portraits with his penis. Jokes about ‘dick pics’ are only the beginning.

You can tell Fisk is an old-fashioned sitcom just by looking at it. That goes beyond Fisk’s awesome brown pants suit; the visuals here are firmly in service to the story (and to the jokes) rather than feeling like a cinematographer’s audition reel. The locations are basic – an office, a café, Fisk’s temporary Air B&B home – and filmed in a straightforward way that never detracts from the comedy. For audiences used to expensive production values and flashy locations this may take a little getting used to, but the effort is most definitely worth it.

Anther strength is that Fisk features actual comedians. Aside from the main cast, Glenn Robbins has an hilarious cameo in the first episode, while later instalments feature (among others) Dave O’Neill, Marg Downey, Ed Kavalee, Denise Scott and Sam Pang. Outside the offices of Gruber & Gruber there’s also plenty of comedy to be mined from Fisk’s family, especially her Supreme Court judge father (John Gaden) and his former tipstaff, now bossy husband, Viktor (Glenn Butcher).

As Fisk, we get Kitty Flanagan in a (mostly) subdued mode. Her character’s clearly on the back foot in the first episode and trying to put her life back together, with many of the initial laughs coming from her flailing attempts to adjust to her new situation. This isn’t a mean-spirited show; as the series progresses much of the comedy comes from people at cross-purposes rather than deliberately working against each other (Fisk’s dog-snatching ex-husband, who shows up later on is a different matter entirely). And, like all the best comedies, it’s a series that pays back what you put into it, with writing so sharp and rapid-fire it demands full attention from start to finish.

Sitcoms require audience engagement up front. If you’re not paying attention, you’re not going to get the jokes. This makes them a risky proposition in today’s increasingly scattered attention economy, which is a shame; Australian television most definitely needs more series like Fisk. If we see a smarter, funnier local sitcom this year then it will have been a very good year indeed.