Film Review: Nitram is hard to pin down

If you're looking for outrage - or insight - Nitram won't be for you, but the artistry and performances are riveting, says Anthony Morris.
Anthony Morris 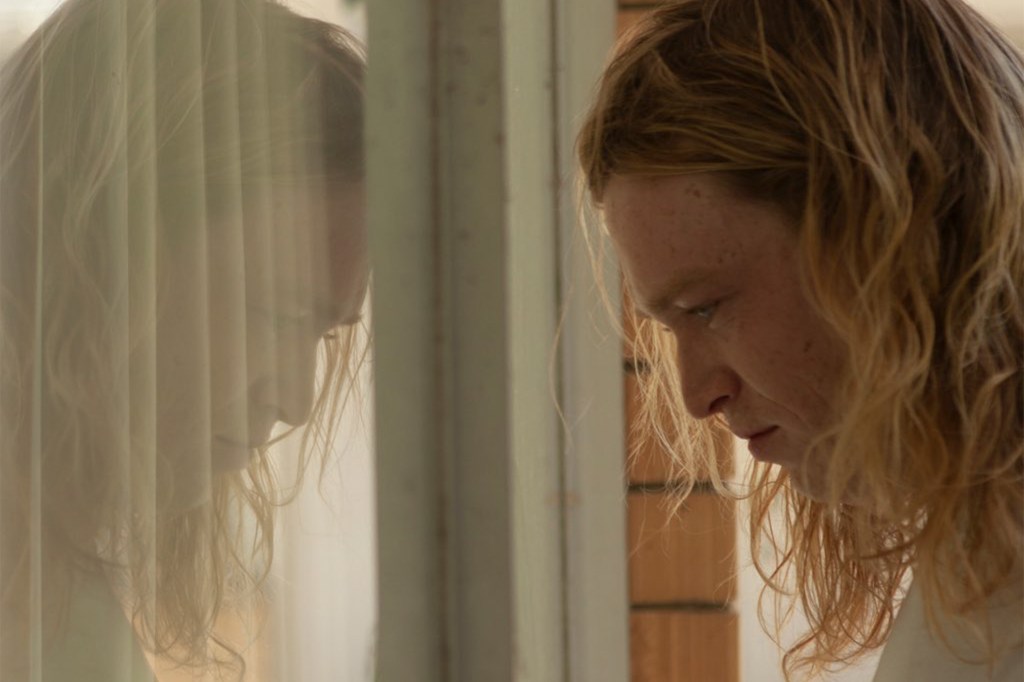 [Edited 23 November. Nitram streams on Stan from this week.]

Nitram is hard to pin down. It’s about Martin Bryant, the mass murderer who killed 35 people and wounded 23 others at Tasmania’s Port Arthur in April 1996. Only it’s not: Bryant’s name is never spoken and the setting of the film – beyond a vague Australian suburbia – is never made clear (eagle-eyed viewers will notice a clearly visible ‘Geelong’ in the background at one stage; Nitram was filmed in and around there). Some details have been changed, and the behaviour of the lead character, who’s only referred to as Nitram, isn’t always consistent with the real Bryant. Those looking for specifics, whether for insight or outrage, should look elsewhere.

Nitram does follow the broad sweep of Bryant’s adult life. A loner mocked and ignored by his peers, his only friend is eccentric heiress Helen (Essie Davis), who he meets while roaming door to door trying to make money mowing lawns. As far as money goes, he struck it big: Helen “owns” Tattslotto (the real-life Helen was merely one of the Tattersalls family; she also lived with her elderly mother) and takes a shine to him, showering him with gifts and attention. They form an eccentric bond that’s as close to sweet as this film gets; her unexpected demise leaves Nitram rich but unmoored.

The only other consistent characters are his long suffering parents, though whether he shaped their lives or they shaped his remains another unanswered question. His father (Anthony LaPaglia) is the loving one, with a gentle nature that often edges into sadness. His mother (Judy Davis) is constantly exasperated, her love smothered under perpetual dismay at her son’s endless failings. It’s a family where everyone is trying their hardest, but none of the pieces fit.

Read: Putting Ned Kelly in a dress: an interview with Justin Kurzel

Their scenes together are the film’s strongest, with riveting performances all around. The actual substance of them at times feels a little too clever, the product of creatives that know they can only humanise their lead so much. Perhaps the most shocking moment comes when Nitram tries to motivate his depressed dad by physically attacking him; his mumbled ‘that’s how you do it’ afterwards suggests an abusive childhood where such behaviour was taught – but as that might provide a motive for what’s to come, it’s a path never explored.

Nitram’s approach to its subject is both oblique and obvious. Early on we see Nitram taking out his frustrations by shooting at a car door with a slug gun. Helen won’t let him have guns in her sprawling bluestone mansion; once he’s alone and cashed up, he buys them with horrifying ease. He uses the cash to try and buy friends, walking around with a dufflebag full of it. Later he tries the same move, only the dufflebag is now filled with guns. His misguided yearning for human connection would be painful to watch, if not for the occasional reminder that he’s not so much a misfit as a creepy and aggressive weirdo. As his frustrations build and his isolation grows, his response to being thwarted has already been made clear.

The final credits position Nitram as an argument for gun control, though the lingering memories of the real Bryant most likely remain more effective. The coda states that Australia now has more guns than it did 25 years ago, but good luck walking in off the street and trying to buy a semi-automatic AR-15 or magazine-fed shotgun as Nitram does here. Seeing a gun store filled with assault rifles and semi-automatic weapons is shockingly unfamiliar in Australia; overseas audiences will no doubt have a different take.

With no answers on offer and no insights to be gained, what remains is a masterful artistry. Director Justin Kurzel (Snowtown, MacBeth, True History of the Kelly Gang), working from a script by Shaun Grant, avoids the cliched ominous foreboding of Australian suburban poverty. He keeps the depopulated streets and beaches where Nitram roams just slightly off-kilter, a studied background against which an often garishly dressed future mass killer stands out.

Playing a character intentionally left unknowable – Nitram even says as much to his mother – it’s left to American actor Caleb Landry Jones to turn the empty space at the heart of Nitram into a human being. His success is what makes this film work, presenting us with a man both lumbering threat and puzzled child, gleefully wilful and morose, looking around dully as if trying to find a mirror in which to recognise himself. It’s a gripping performance that speaks volumes in a film that otherwise tries not to say very much at all.