Lightyear fails to create a buzz for Pixar

Fearful producers could think that Pixar is damaging its brand by streaming and thereby losing glamour ... but reviews have been hostile.
David Tiley 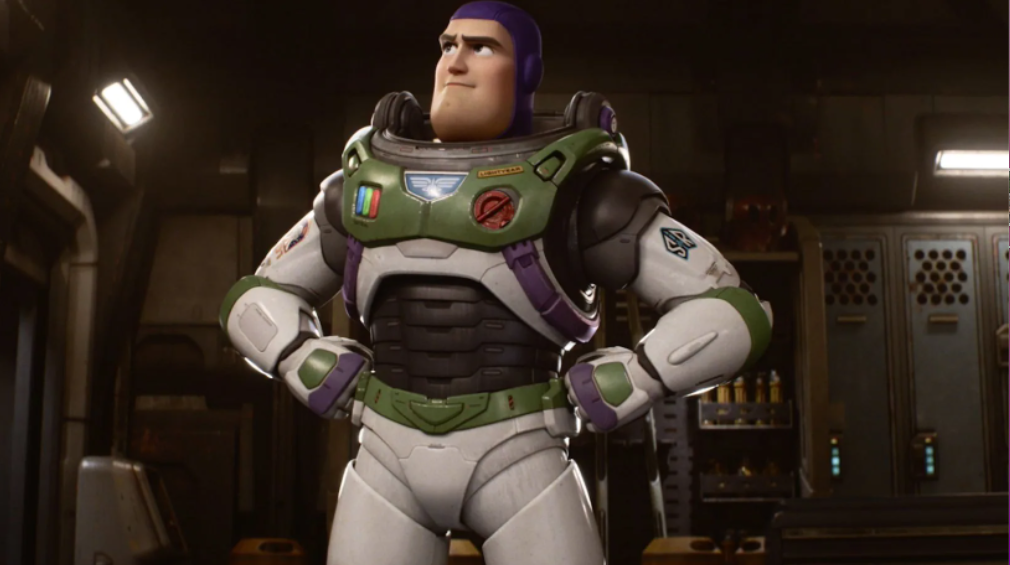 What is happening to Pixar? It made 18 features in succession and made money on all of them. But this week, Pixar launched Lightyear and took all of $3m in Australia.

We have to go back to Toy Story 4 in 2019 to see the breathtaking returns of yesteryear – that film took $8m in the first weekend and $41m altogether in Australia as our modest contribution to the total of $1.535 billion globally.

Fearful producers could think that Pixar is damaging its brand by streaming and thereby losing glamour, but the general critical response to Lightyear has been pretty hostile. ‘A trudge through outer space’ – The Guardian. ‘A stiff deconstruction’ – The Verge. ‘The saddest Toy Story yet’ – Slate. BUT, the Roger Ebert gang loved it.

The school holidays are about to launch, and the scene is currently dominated by Top Gun: Maverick at the top of the tree with $56m in four weeks, followed by Jurassic World with $21.9m in half that time. Fortunately both these films are rated M, so Pixar should dominate the PG market.

Next weekend we have Minions: The Rise of Gru staking a claim for glory. This franchise is PG as well, but the films tend to arrive with around $5-6m in their first weekend so they are good earners but not likely to upset the order of the world.

However, this moment for the screen sector is not about the vagaries of the teen audience. This weekend, we will finally see the arrival of Luhrmann’s Elvis.

Read: Catherine Martin on the conflict and tension of working with Baz Luhrmann

It launches around the world this weekend, deep into the Northern Hemisphere holidays, carrying a standing ovation from Cannes, the star power of Tom Hanks, the family approved magic of Austin Butler, and every mental sinew of the wily Warners. Let’s not forget that The Great Gatsby, the subject of some world-weary eye-rolling, took $590m, adjusted for inflation and into AU$.

Collider claims that Elvis is all style and very little substance, but that is surely a feature, not a bug. Scott Mendelson from Forbes has a really intriguing idea: Elvis skews older, and the trailers have been running like wild dogs along a cattle train before screenings of Top Gun: Maverick, which has been harvesting just that audience quadrant. What is more, a gazillion people have seen Top Gun and are waiting for the next piece of sensate lunacy …

Can Baz Luhrmann get away with stealing one of America’s great popular music icons and rebuilding it according to his own peculiar rules? Hope so – the sector needs the money and the deals.

While cinema audiences are obsessed with the same three American blockbusters, it is good to remind ourselves that we can find treasures in the small films on a handful of screens.

Lunana: a Yak in the Classroom is the first film by Pawo Choyning Dorji, a photographer, writer, and producer from Butan. It is the story of an unwilling teacher posted to a tiny, remote school while he really wants to come to Australia and build a singing career.

The weather is mostly vile, he spent 18 months organising the shoot, while the local children in the cast have never seen a movie.

Read: Lunana: A Yak in the Classroom review

After Yang is creeping about on two screens after eight weeks and $76,000. It is the kind of film that sticks in our minds and will pop up in conversation for years. A science fiction which genuinely plays with ideas, it is about repairing a humanoid robot, bought second hand with a cargo of unknown memories as a companion for an adopted daughter.

The director Kogonada is a South Korean American and seriously knowledgeable about film craft and aesthetics, expressed in pieces for Sight and Sound and the Criterion Collection, woven with a decade of video essays on filmmakers like Ozu, Bresson, Malick, Godard and Koreeda Hirokazu.

What is more, the film stars Jodie Turner-Smith and Colin Farrell.

Read: After Yang review – a remarkable vision of humanity

The Kitchen Brigade was a favourite at the recent French Film Festival and is now on normal release. A French comedy/drama about a sous-chef trying to set up a restaurant and working in a shelter with young migrants, it has the same structure as Lunana. Writer/director Louis-Julien Petit is good a mainstream Gallic flair in pictures like Carole Matthieu and Invisibles. So far it has made $177,000 off 29 screens.

The ultimate French package turns up in Maigret, a reversioning of the classic flic, this time with Gerard Depardieu, who steeps the portrayal in the melancholy we expect from France’s most formidable living cinema icon, who bears the weight of 250 films on his 72 year old shoulders. Some reviewers think this film is torpid; it has run here for a month, is gaining screens as winter closes in, and has made $453,000 so far. Find it mostly on the Palace circuit.

Asghar Farhadi’s A Hero arrived two weeks ago, on 27 screens to take $115,000. Reputed at Cannes 2021 to be Farhadi’s best film since A Separation, the reviewers line up to hail its complexity, moral conundrums and sheer performance quality.

Aaron Wilson’s Little Tornadoes, is a wise, modest film neatly summed up by reviewer Stephen A. Russell as, ‘A thoughtful film that rewards patience, Little Tornadoes says a lot between the lines. It pays to listen.’

It is turning up after six weeks on six screens, and has made $72,000 through its Q&A tour via Fanforce, which can offer further screenings.

Love in Bright Landscapes, the music documentary about David McComb, late member of The Triffids, is on the move on a couple of screens, though the producers are warning fans it will soon disappear. They have put a lot of work into making $126,000 over seven weeks.

Ablaze, the Indigenous themed documentary about Bill Onus and his political and cultural work across the 20th century has made $17,000 in two weeks off four screens.

Happy Sad Man, which explores the emotional interiors of five Australian men through the eyes of Genevieve Bailey who made I am Eleven, has arrived on one screen to make $46,000.

At the other end of the scale, How to Please a Woman has now made $2.2m in five weeks.

Read: How to Please a Woman review: sex work comedy with ups and downs