After Yang review: a remarkable vision of humanity

American-based filmmaker Kogonada (Columbus) spins a fascinating take on an age-old obsession in this beautifully melancholic film.
Stephen A Russell 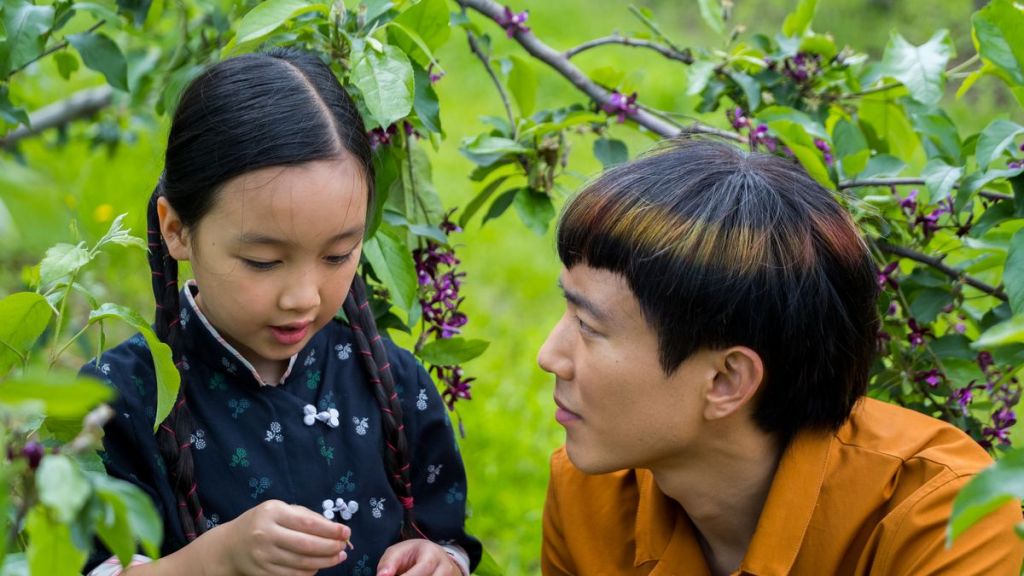 Easy answers give way to complicated and confronting questions. Image: A24.

Ancient mythologies from every corner of the globe tell of creatures like the golem, created in our own image and for our purposes. A thrillingly idolatrous act, it begs the question: what is the nature of humanity, and can our dark mirror progeny access that which makes us so?

It’s an intriguing idea that consumed author Mary Shelley while summoning forth Frankenstein’s monster in the storm-hammered Villa Diodati during the miserable summer of 1816. Just over a century later, in 1927, these tall tales would also wind their way into the art of cinema via the similarly electrified animation of Fritz Lang’s maschinenmensch in seminal silent science fiction movie classic Metropolis.

South Korean-born, American-based filmmaker Kogonada (Columbus) spins his fascinating take on the age-old obsession with the beautifully melancholic After Yang.

The latest film from powerhouse indie studio A24, he adapts it from the short story ‘Saying Goodbye to Yang’ from the collection Children of the New World in conjunction with author Alexander Weinstein. Opening with a fun electropop flourish, we witness a series of families compete in what appears to be a virtual reality version of Konami’s wildly popular, physically driven computer game Dance Dance Revolution.

Turns out he’s a spookily convincing android they bought in order to assist them in providing Mika with a cultural connection to her Chinese roots. We witness him espousing fun facts on the topic at regular intervals in a series of elliptically folded-in flashbacks. While Mika fully understood the nature of her synthetic ‘technosapien’ sibling, his sudden comatose predicament and possible operating system death spark an emotional crisis for the young girl who loves him as if he were fully human.

Is he? Given the closeness between Mika and Yang, it is difficult to watch Kyra and Jake quarrel over the corners they cut to buy a second-hand model, their inability to afford a replacement, and the inconvenience of their now upended childcare arrangements.

Jake appears more genuinely distressed as he pursues increasingly obsessive avenues to either reboot Yang or gain access to his frozen memories. An act, we come to realise, that is illegal when he resorts to an unscrupulous mechanic (Ritchie Coster) offering to crack open Yang’s core. In a depressing shadow of our contemporary times, the man spouts the paranoid and casually racist suggestion that the technosapien may have been spying on his family.

But is the idea of putting him and his memories on display in a robot museum curated by Cleo (And Just Like That star Sarita Choudhury) any better? Or is this akin to the behind-glass menagerie we turn a blind eye to capturing in zoos? These quandaries are lightly woven into the work, and brought into clearer resolution as Jake learns more about Yang’s understanding of his sentience while accessing a remarkably realised memory interface resembling a starfield.

We learn about Yang’s unusual relationship with Ada (Haley Lu Richardson, who memorably worked with Kogonada on Columbus). She’s a clone, that other great manmade sci-fi trope, and sorely misses her common ground companion.

There are subtle barbs stuck into this second skin that lacerate our era’s racial prejudices, middle-class privilege and the more soul-crushing aspects of the capitalist machine. The most devastating of these insights comes when, in a calm blink of an eye that betrays a maelstrom of existential dread, Yang asks, unanswered, if being physically made in China actually makes him Chinese?

Also gut-punching is a quiet moment’s connection experienced by Kyra after the fact in Yang’s now uninhabited room. Glimpses of father and ‘son’ bonding over teamaking are also tender, even as Yang notes that he cannot enjoy the practice. There’s not a flawed performance in the cast, with Farrell particularly affecting and Min haunting.

Cinematographer Benjamin Loeb forgoes the neon-hued madness of Nic Cage-driven epic Mandy in favour of the more intimate, dappled light work of his previous movie Pieces of a Woman. Japanese composer ASKA’s lilting score ties it all together in a tightly drawn bow.

It all adds up to a remarkable vision of humanity, with Kogonada’s After Yang an artfully engaging film in which even the briefest of asides contain multitudes to ponder in the years to come. And isn’t that the very mythmaking act, summoning eternity in our likeness?

If Ridley Scott’s replicants share our fear and loathing, if they can love and fight for one another, then aren’t they the very definition of human, whether their memories are artificially implanted or not? That’s the great dilemma faced by Harrison Ford’s surly assassin Deckard as he faces off with Rutger Hauer’s Orion-lit poetry espousing

Roy Batty and makes a (doomed?) attempt to flee with Sean Young’s Rachael. Whichever cut you opt to watch, you’ll be haunted all the same.

As with Blade Runner, Stanley Kubrick’s game-changing masterpiece works on two levels: it’s both a cautionary tale about the dangers of creating artificial life infinitely more powerful than we are, and a confounding defence of said enslaved tech’s right to get murderously pissed at us. Apparently artificial intelligence doesn’t even have to look like us to illicit our sympathies for their not-quite-human condition. There are few cinematic deaths more counter-intuitively tragic than the switching off of monotone-voiced, red light gleaming meanie HAL.

Alicia Vikander gets to work both the humanoid skin and the overtly robotic shell as Ava in Gen X author-turned filmmaker Alex Garland’s unforgettable, Oscar-winning directorial debut. He’d already made waves with his adapted screenplay of Kazuo Ishiguro’s dystopian clone tale Never Let Me Go, but takes the human question to the next level here. A never-better Oscar Isaac’s nasty dudebro programming guru tasks his seemingly nice employee (Domhnall Gleeson) with figuring out if she’s passed the Turing Test or not. The answer is: she doesn’t care what you think. Run.