The Twelve review: Foxtel’s jury drama without a body 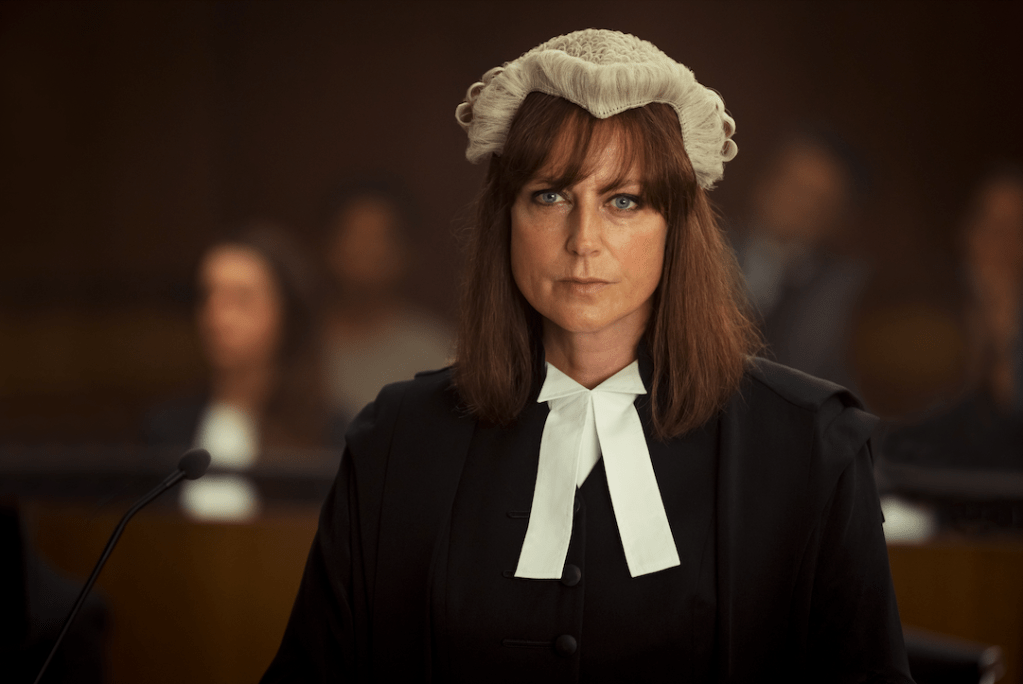 Marta Dusseldorp wigs out in The Twelve. Image: Foxtel.

A body is usually the basic quantity of any whodunnit, but not so in Foxtel’s intriguing new drama The Twelve.

Based on the 2019 Belgian show De Twaalf, this ten-part series (of which we’ve seen the first two episodes) revolves around the trial of provocative artist Kate Lawson (a blonde-cropped Kate Mulvaney). She stands accused of murdering her niece Claire (Coco Jack Gillies), only … there is no body.

Instead there is some disturbing smartphone-shot footage of Claire gasping for breath in an auto-erotic strangling video that prosecutor Lucy Bloom (the inimitable Marta Dusseldorp, apparently rocking her Janet King wig again) claims is evidence that she was groomed in the name of art, before her body was disposed of in Sydney Harbour when a photo shoot went horribly wrong.

With echoes of the moral furore over Bill Henson’s oeuvre, it’s a stonking premise, not least because it allows today’s bone-cynical, true crime-obsessed audiences to harbour the vague suspicion that Claire may still be alive – an angle that Kate’s defence lawyer Brett Colby (always sterling screen presence Sam Neill) is keen to hammer home to the jury.

Because, as the name of the show suggests, while this is, at face value, a courtroom drama, it’s not really about Kate, as wild and welcome as Mulvaney’s Joker-like lipstick-stained meltdown in the lockup is. It’s not really about Claire and her distressed family, including her surly father (Matt Nable) and distraught mother, his ex-wife and Kate’s sister (Jenni Baird).

The writing room – including Leah Purcell, Anchuli Felicia King, Tommy Murphy, Sarah Walker, Brad Winters and Greg Waters – instead focus on the jurors who must deliberate on the case and come to a unanimous verdict on Kate’s possible crime. Like an episode of Twin Peaks, each of them is harbouring a dark secret of their own, with the opening episodes focusing on Mr Inbetween star Brooke Satchwell’s Georgina. Technically a backup juror, she nevertheless has to be present for the duration of the trial but chooses to initially conceal this fact from her partner Jamie (Hamish Michael).

This requires pleading with her three young kids to cover up the fact she has to rope a mate into handling the school pick-up. There’s an unbearable aura of menace hovering over this peek into her private life. That’s exacerbated by a startling sequence in which Jamie locks her in their en suite bathroom overnight, suggesting Georgina is presenting a thin veneer of calm while trying to keep it together in the face of abusive coercive control.

We’re also vaguely aware that fellow Juror Corrie (Pallavi Sharda), who has inherited an expansive mansion she clearly wants shot of ASAP, is also struggling with a traumatic secret she shows little sign of buckling under while shutting down the mansplaining of boofhead businessman Simon (Nicholas Cassim). Watch for Hungry Ghosts lead Catherine Van-Davies giving a masterclass in exasperated eye rolls in the background.

Also in the mix are Damien Strouthos’ reluctant (and soon hopelessly implicated in disastrous malpractice) construction boss Alexei. Then there’s Brendan Cowell as Garry, a dodgy dealer up to his eyeballs in debt who is offered a way out when another shady character presses him to snitch on the jury’s private deliberations.

Safe Harbour star Hazem Shammas, meanwhile, plays Farrad, a recent immigrant worker separated from his family. His thoughtful gesture of bringing homemade snacks into the jury room is rudely snubbed by almost all his colleagues in a glaring act of casual racism that feels a little clunky.

It’s an idea explored much more successfully via an explicit act of soul-crushing, racially-motivated violence in the second episode. The most interesting of the many interwoven strands clamouring for our attention in this jam-packed double-hander involves Jarrod, a uni student trying to keep on top of night classes while never quite getting to divulge to his mentor what’s holding him back.

Dubbo-born Wiradjuri man Ngali Shaw, a charismatic newcomer who previously modelled and also dances, comes into his own in a disturbing scene tackling police brutality towards First Nations peoples head-on. One to watch, Shaw handles this difficult material with aplomb.

There really is a lot to take in already, with The Twelve fielding a considerable ensemble and many moving parts. While it remains to be seen if The Hunter helmer Daniel Nettheim – who turned in both opening episodes – and co-director Sian Davies can wrangle all these stories into a cohesive whole, the opening gambit left me hooked. It’s all very Days of Our Lives melodrama, except presented with the alluring sheen of prestige television.

Whether the jurors reckon Kate did it or not, I’m looking forward to seeing how this capital-D drama plays out, your honour.

The producers will develop and produce new projects for TV and streaming platforms for the studio’s factual and entertainment divisions.