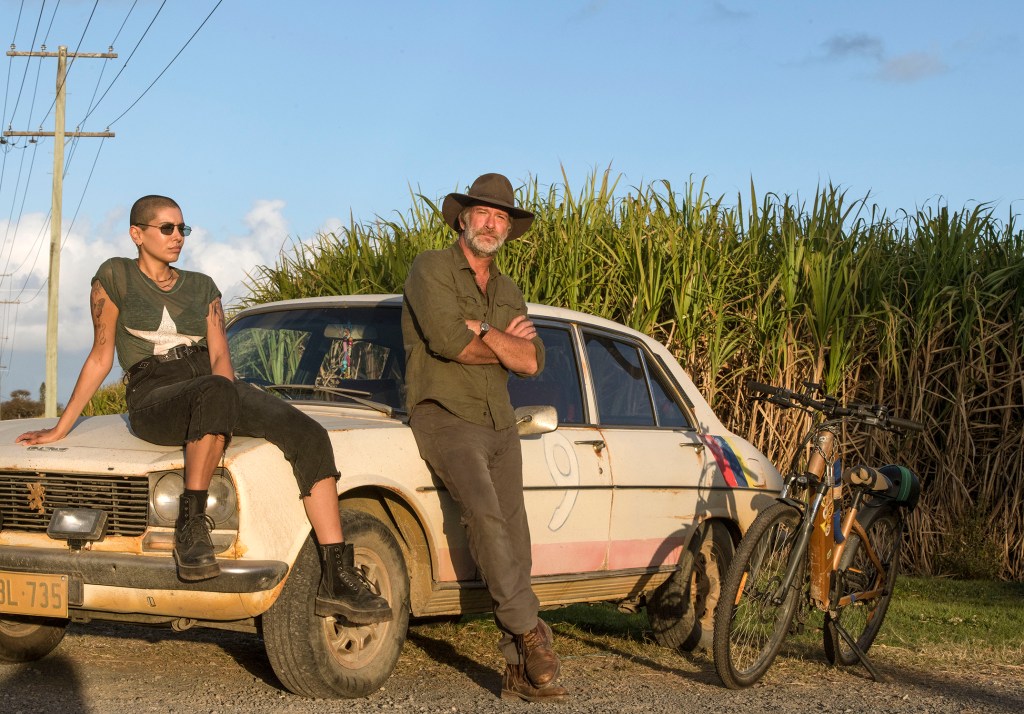 An investigator returns to their rural home town after years away, only to be plunged into a mystery that digs up both their own troubled past and the dark history of the town itself. Sound familiar?

If you’re a fan of crime dramas it should be: it’s been the backbone of everything from the recent Australian hit movie The Dry to any number of crime TV series around the globe. Now it’s getting a run in the ABC’s new series Troppo – only here there’s a twist or two thrown in.

When a man gets himself (deliberately?) chomped by a crocodile in front of a bunch of tourists in the opening scene of Troppo, it’d be reasonable to expect that gruesome demise is going to be the focus of the episode ahead. But while the dead man is the neighbour (and landlord) of lead Amanda Pharrell (Nicole Chamoun), the reasons behind his grim fate will have to wait until later. For now, Amanda herself is more than enough to keep Troppo occupied.

An ex-con back in town after a lengthy stay in prison for a crime she committed as a teen, she’s not exactly welcomed by the locals or law enforcement as she cycles around town putting up flyers for her struggling investigation business (the line ’12 years personal experience in criminal justice’ is a nice joke). Running a combination private-eye office and tattoo parlour out the back of a pub, she spends much of her time there tattooing herself, seemingly as a form of penance.

Safe to say business isn’t booming: when Yoon Sun Park (Sun Park) walks in looking for someone to investigate the disappearance of her husband, Amanda will say anything to get the case – even if that means making up a partner.

Fortunately, for Amanda at least, earlier that day she crossed paths at a local vet with shabby boozehound and American ex-pat Ted Conkaffey (Thomas Jane). When they both flinched at a very gunshot-sounding noise, she figured him for a cop; now she’s tracked him down with a job offer. It’s not like he couldn’t do with the money either, what with suddenly having to pay hundreds in vet bills for a wounded stray goose he found on his property. But he’s an ex-cop living alone for a fairly dark reason. While he might know his way around an investigation, if she was hoping he might smooth their path with local law enforcement – especially pushy detective Lou Damford (David Lyons) – she’s got another think coming.

Based on the first of the Crimson Lake series of thrillers by Candice Fox, this mystery is initially a bit of a slow burn – as Yoon Sun Park says: ‘everyone here moves so slowly.’ Questions are asked, a clue is followed up on, there’s a brief burst of action. It’s a thread running through an episode that’s all about setting the scene for what’s to come, introducing some of the main players while holding others back until episode two or later. But nothing here is extraneous; the scene-setting all comes in handy later – even the monologue about how a croc that’s eaten human flesh starts to stink.

The real draw in the first hour-long episode is the prickly relationship between Amanda and Ted. They’re both wounded, desperate people who are clearly hurting; they’re also the kind of people who tend to lash out. It’s their mystery-solving skills that complement each other. She’s rash and impulsive, but also the one who moves things forward. He’s the steady hand who maybe plays it a little too safe at times. Their personal dramas weave in and out of the wider mystery across the eight episodes. Both Chamoun and Jane give likable performances while keeping their characters’ spikier edges intact.

The other big attraction for viewers here is the North Queensland setting and yes, there is a chase through a cane field early on just to get it out of the way. There’s plenty of sweaty scenery to take in here: there’s a reason why all those cops returning to their home towns come back to places with striking scenery, and Troppo does a strong job of making the location a distinct part of the story, especially with Jocelyn Moorehouse’s direction in the first two episodes.

There’s a couple of minor rough patches – Ted’s American past doesn’t quite gel early on (in the original novels he’s a Sydneysider) – but overall this is a solid addition to the ABC’s recent line-up of local murder mysteries. These two damaged detectives make for a strong crime-solving team; with killer crocs and suspicious wads of cash seemingly the region’s two main attractions, they’ve got a lot of work ahead of them.

All episodes available to stream on iView