The Batman review: a return on a staggering scale

In this epic rendering, Robert Pattinson understands that both Bruce Wayne and the Dark Knight wear masks.
Stephen A Russell 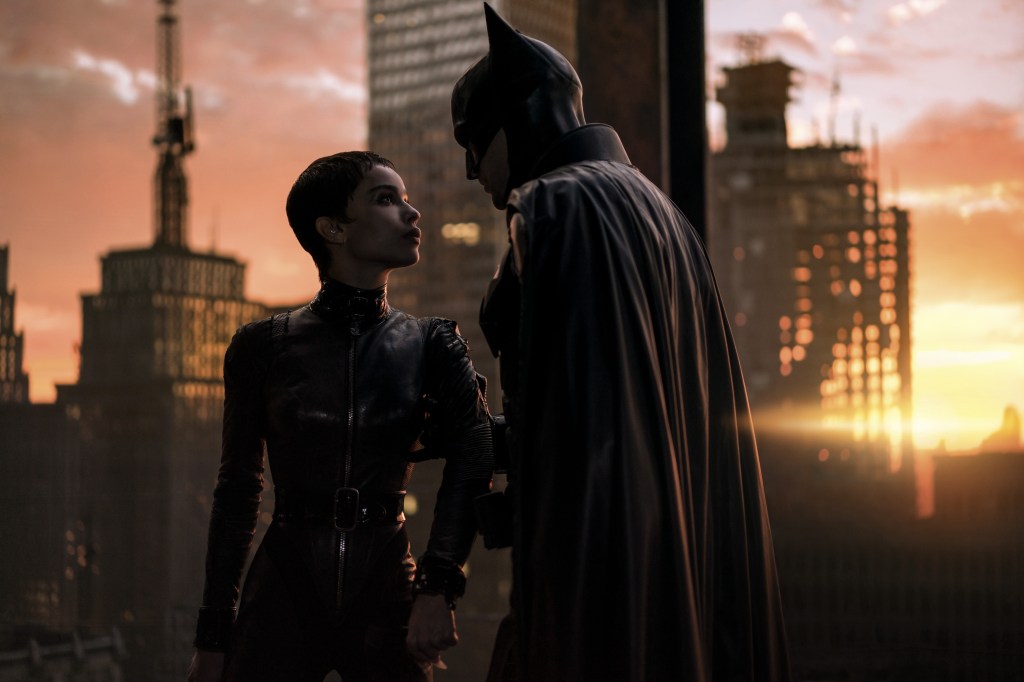 Zoë Kravitz faces off with Robert Pattinson in The Batman. Image supplied.

There has always been something primal about the Batman mythos.

The tragic figure of a brutally orphaned Bruce Wayne finding solace in a darkened cave, swirling with shrieking bats, who turns to masked vengeance as an adult by assuming their form in black leather (or lycra). Summoned forth from the darkness in March 1939 by artist Bob Kane and writer Bill Finger, it’s telling that his mission – that some would argue is madness – appeared in the year the world would once more march to war.

Perhaps that terrible twist of fate added to the promethean fire that has captivated comic book readers’ insatiable hunger for the caped crusader’s battles against the world’s creepiest rogues gallery ever since? Not to mention countless adaptations from computer games, to animation, to multiple live action movie franchises.

Here we are again, with a brand new iteration of the big screen Bat brought to us by writer/director Matt Reeves, who also breathed new life into the many times told Planet of the Apes epic, in collaboration with co-writer Peter Craig (who worked on The Hunger Games series). Speaking of darker tween franchises, Reeves taps Twilight alumni Robert Pattinson as the latest in a long line of actors to don the cape and cowl that includes, but is not limited to Michael Keaton, Christian Bale and Ben Affleck.

Pattinson would seem, at first, an unusual pick, having studiously avoided such fare since moving on from the vampire slash fiction in favour of a highly esteemed indie route also favoured by sometime co-star Kristen Stewart. But there’s something about his prone to brooding visage that just works as a Bruce Wayne who seems more alone than ever in his dusty mansion, barely on talking terms with Andy Serkis’ cockney butler Alfred Pennyworth. Not since Keaton’s similarly surprising pick has an actor so perfectly encapsulated both sides of the Bat, understanding that both Bruce and the Dark Knight wear masks.

Eschewing the origin story, we’re thrust into the early years of his vigilante career, but the shadow of the Bat is already established enough to creep out would-be crooks who flinch every time good cop James Gordon lights up the Bat Signal. The latter is played with careworn grace by Westworld star Jeffrey Wright in a pleasingly stroke of casting genius. As with Christopher Nolan’s approach, the city isn’t yet the prey thing of manic costumed villains, instead still held in the vicelike grip of its mafia families, and John Turturro’s lascivious Carmine Falcone in particular. His tentacles sneak far and wide amongst the city’s rich, powerful and easily corrupted.

A rarely glimpsed Paul Dano creeps into this web of intrigue as a very different take on the clue-spinning Riddler played by a perma-gurning Jim Carrey in Joel Schumacher’s much more Day-Glo take on the material in Batman Forever. Here’s he’s more a psychotic serial killer of the sort Netflix series proliferate around. It’s a smart move to push him to the background and allows Battinson to foreground the Dark Knight’s detective skills as he races against the clock to halt a series of high-profile assassinations from Rupert Penry-Jones’ mayor on.

Reeves also wisely reintroduces Oswald Cobblepot AKA the Penguin in a form that hues closer to his mob boss origins than Danny DeVito’s would-be politician in Tim Burton’s Batman Returns. Colin Farrell’s casting in this role, buried under bulging prosthetics, is a bit of an odd one, but he’s brilliant, nonetheless. As is Zoë Kravitz as cat burglar extraordinaire Selina Kyle, far exceeding Anne Hathaway’s turn in the black leather catsuit if not quite living up to Michelle Pfeiffer (but who could?). The chemistry crackles between her and Pattinson as their paths become inextricably entwined when Gotham goes to hell.

Speaking of which, while two of Nolan’s Bat films were outstanding, he criminally failed to understand that Gotham is every bit the main character as Bruce, presenting Chicago as the stand-in in a thoroughly forgettable fashion. Reeves course corrects magnificently, presenting a gothic nightmare that towers over all as the rain lashes unceasingly down on those doomed below. The scale is staggering, from the bowels of the Penguin’s Iceberg Lounge to an explosive Batmobile chase crashing through petrol tanks, and on to a climactic showdown that almost brings the whole house down.

Dune cinematographer Greig Fraser relishes playing in these dark spaces, with many shots half-glimpsed in an eerily flickering fire. Apes composer Michael Giacchino amps up the mayhem with a dread-filled score that transports, without resorting to the bone-shuddering excess of Fraser’s Dune compatriot Hans Zimmer. It all adds up to an epic vision of an age-old tale that, while it doesn’t reinvent the wheel, sure steals the fire of dark gods and sets the stage for more mayhem in Gotham’s broken cathedral of pain.

After the misfire of Hathaway, Kravitz is welcome casting indeed in the grey area of antihero Selina Kyle and her claws-out quest for justice in a dirty world. However, it’s unlikely anyone will ever top Pfieffer’s fabulously kinky vision of a mucked up office worker with nine broken lives to spare. Sure, the vaguely fantastical reworking of the comic book origin took liberties, but her whip-cracking performance swung for the rafters and stuck. Her is not just the best Cat, but the best of all the Bat baddies. If this is “Hell here”, then I’ll be damned.

Folks thought there was no topping Jack Nicholson’s manic Clown Prince in Tim Burton’s first big screen outing in Gotham. But the late, great, tragically lost far too soon Heath Ledger blew his turn right out of the water with a terrifying take on Bruce’s best-known foe that disturbingly unnerved. Emanating malevolence in every uncanny twitch and quirk, Ledger truly tapped into the nightmarish potential of this dark god of chaos, upending the snobbery of the Academy to command a truly deserved posthumous Oscar.

As great as Farrell is in The Batman, the shadow of Burton’s never-been-beaten sequel hangs heavy over all subsequent adaptations. Playing a much more clearly villainous Oswald to Pfieffer’s disturbed but inherently good Selina, the master stroke of DeVito’s performance is that even when he’s letting loose a psychotic circus troupe and rocket launching penguins to crash Gotham’s Christmas party, you still feel the heart-tugging sympathy for this abandoned child gone horribly wrong. 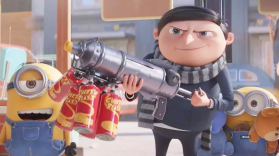