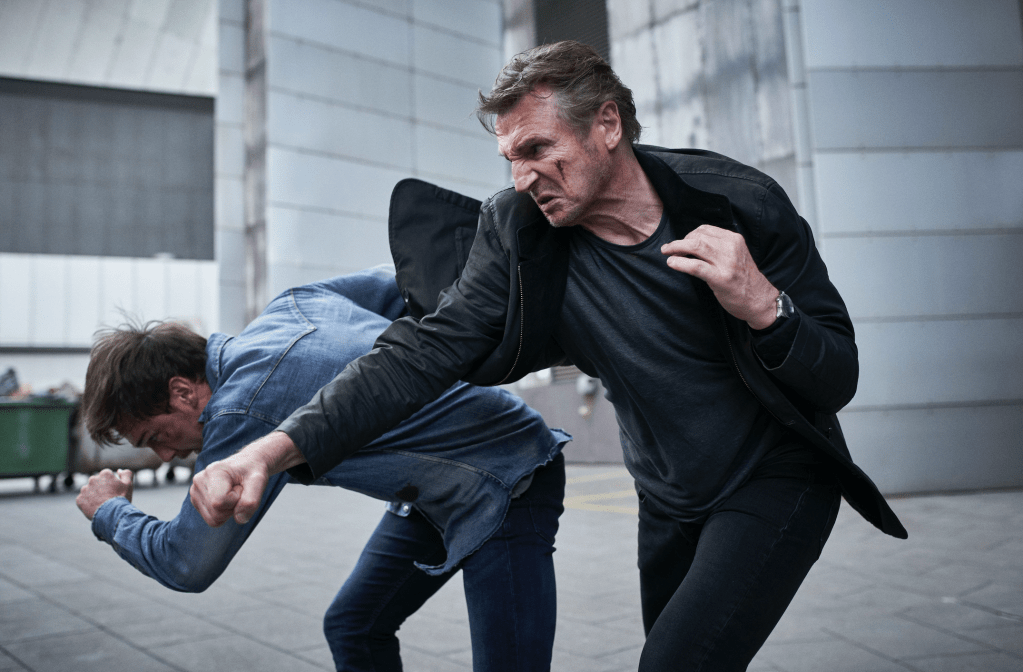 At first glance Liam Neeson’s latest thriller looks like, well, Liam Neeson’s latest thriller. Set in and around Washington DC, the opening scenes efficiently set up what’s to come as a politician (who isn’t quite Alexandria Ocasio-Cortez) gives an anti-capitalist speech to an eager crowd in front of the Washington Monument, only to be murdered later that night in a fairly obvious political assassination.

Meanwhile, Travis Block (Neeson) is off doing what he does best: bringing in undercover FBI agents from hostile situations when their cover is blown. In this case, that means rescuing someone from a trailer park down south. Then there’s a scene set in a riverfront office and – hang on a second, isn’t that the Yarra?

Directed by Mark Williams, who also directed Neeson’s recent Honest Thief, Blacklight was largely filmed in Melbourne in late 2020 when Australia’s mostly Covid-free status was a big draw for overseas productions. It’s not exactly a showcase for Melbourne as a city full of stunning locations; aside from a few laneways and a couple of residential locations, most of the settings on show here are in and around the Southbank region.

Relatively recently developed, it presents action film-makers with what they prize most – a collection of blandly modern locations that could be anywhere in the western world.

While there are a few action scenes scattered throughout the film, for the most part this is a political thriller where Neeson’s can-do fixer is often sidelined in favour of the kind of characters who usually drive this type of story. Dusty Crane (Taylor John Smith) is an FBI agent who was involved in the assassination early on, only now his conscience is getting to him and he wants to tell the truth to struggling online journalist Mira Jones (Emmy Raver-Lampman).

At first, Block’s job is to bring Crane in and keep him away from the press. As the story develops, things become a little more complicated.

Crane driving a garbage truck through the streets of Canberra with Block in hot pursuit is a solid action sequence (full credit to Williams’ regular cinematographer Shelly Johnson, who also worked on Honest Thief). It’s also a reminder of just how generic much of Australia’s big cities now look. It may take a moment to realise it wasn’t also shot in Southbank. The construction boom of the last few decades has turned many of our streetscapes into bland but functional glass-fronted office blocks. While Eastern Europe can double for London, Australia can double for Toronto doubling for New York.

Likewise, anyone familiar with the Melbourne Convention and Exhibition Centre (colloquially known as Jeff’s Shed, after former premier Jeff Kennett) on the banks of the Yarra will recognise the views outside the windows of both Mira’s website office and the headquarters of Block’s boss and friend, FBI chief Gabriel Robinson (Aidan Quinn).

As part of the shoot, the Centre was turned into a huge sound stage, with massive LED screens providing the backdrops. Another big action sequence that takes place mid-film is partly set in a museum that’s the re-dressed lobby of one of the Exhibition Centre’s buildings; the stairs and gates outside also come in handy when it’s time to run and gun.

Less instantly recognisable are the leafy suburban scenes (shot in inner suburban Melbourne) where Block is either slightly creeping out his somewhat estranged daughter Amanda (Claire van der Boom). He’s trying to be part of her life after decades of being devoted to his job, but his operational OCD makes her wary and him something of a bad influence on her pre-schooler daughter.

The more successful of Neeson’s recent films have worked with the facts that (a) he’s now pushing seventy, so non-stop action is out, and (b) the budgets are shrinking, so epic dramas are not a great idea. Neeson remains a charismatic star, but the story never quite finds the clarity required for a gripping thriller. Instead, it weaves between Block’s personal dramas and the wider story about exposing a FBI death squad without ever finding a way to merge them.

While the FBI having an off-the-books team to muzzle radicals is plausible even today, boiling the political drama down to a conflict between old friends Block and Robinson makes the film feel small without being intimate. In a way, the quality of the locations almost works against the film, the sharp visuals skilfully disguising the fact that this story about large institutions – the media, the FBI, politics – is played out with a handful of cast members.

Even Neeson is occasionally dwarfed by the settings: not even a Hollywood action hero can defeat the might of Jeff’s Shed.