In the leadup to 2023's Mad Max: Furiosa, Amanda Howell considers the history of Ozploitation, the bushranger myth and Australian cinema's obsession with national identity.
The Conversation 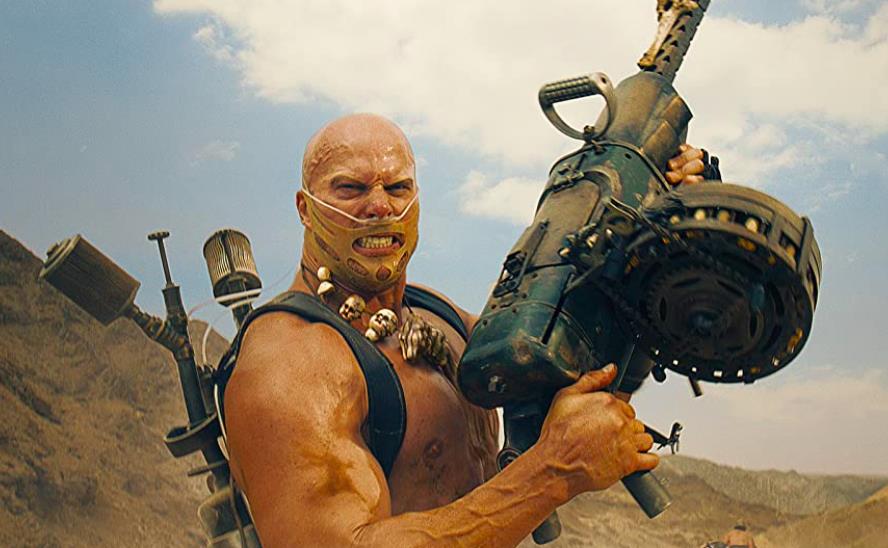 The fifth film in the Mad Max action franchise, Furiosa, has been greenlit for production and will reach theatres in June 2023. Like the critically acclaimed Fury Road (2015), Furiosa will blend Australian and international talent and funding, and is anticipated to be the largest film ever produced in New South Wales.

A cinematic success story, the Mad Max franchise also presents something of a challenge. Since the 1970s, Australian cinema has been dominated by a national identity agenda, while the action genre has always been more about entertainment than identity; more about commerce than culture.

Indeed, in 2016, when David Stratton and Margaret Pomeranz reviewed the best Australian productions of the previous year, Stratton questioned whether Fury Road could even ‘count’ as an Australian film.

But action is an important part of Australia’s cinematic origin story. Charles Tait’s sensational 1906 bushranger film, The Story of the Kelly Gang, believed to be the world’s first feature length production, is also a notable forerunner of the action genre.

Miller reimagined the Australian outback as an anarchic wasteland populated by sado-masochistic punk villains and ocker clowns. Max is no longer the ex-cop seeking revenge, but instead a solitary survivor, reluctantly turned hero.

George Miller — the creator, writer and director of the Mad Max franchise — describes the spectacular entertainment delivered by the action film as ‘elemental’. For Miller, action is cinema and has been since the silent era.

READ: The most anticipated Australian films of 2021

The action film is commonly regarded as the ‘other’ of national cinema, thanks to its limited interest in developing complex characters and narratives. Nevertheless, the Mad Max franchise gave action an Australian accent — even if that accent was inexplicably overdubbed by the US distributor that introduced Americans to Mad Max.

Miller’s 1979 Mad Max stands out from the Australian genre films of the 1970s and 1980s now commonly referred to as ‘Ozploitation’.

In a decade filled with car chases and crashes, Mad Max stood out in the international market for the inventiveness of its spectacular vehicular mayhem, ultimately grossing almost 500 times its budget of $200,000 in the worldwide box office.

Like other Ozploitation films, Mad Max was the product of low budget guerrilla style film-making. Where it differed was in its quality and the level of success achieved in overseas markets.

In a decade filled with car chases and crashes, Mad Max stood out in the international market for the inventiveness of its spectacular vehicular mayhem, ultimately grossing almost 500 times its budget of $200,000 in the worldwide box office.

Mad Max 2 (1981) made the most of its much larger budget effectively inventing, as academic Adrian Martin points out, the post-apocalyptic genre of action cinema.

Mad Max 2 set the tone for the rest of the franchise. Here, Miller reimagined the Australian outback as an anarchic wasteland populated by sado-masochistic punk villains and ocker clowns. Max is no longer the ex-cop seeking revenge, but instead a solitary survivor, reluctantly turned hero.

READ: Putting Ned Kelly in a Dress: An interview with Justin Kurzel

The story of reluctant heroism continues to be retold throughout the Mad Max films. In Beyond Thunderdome (1985) Max is once again transformed into a figure of myth, after helping a group of feral children escape the post-apocalyptic desert. In Fury Road, Max starts the film strapped to the front of a car as a human-hood-ornament-slash-blood-bag, and ends once again as something like a hero, after ferrying wise and fertile women to where new life might grow.

In each, there is an echo of those Australian bushranger films whose anti-heroic protagonists are forced to violence by circumstance, sometimes becoming mythic heroes in the process.

But more importantly, the franchise continues to explore the visceral pleasures and possibilities of action, in the midst of social and natural threats.

Action as a global genre

Furiosa will be a prequel to Fury Road. Miller has described Fury Road as ‘almost a western on wheels,’ harking back to one of the most popular genres of the silent era: the chase film.

Its visual shocks and surprises are delivered primarily through elaborate stunt work, a signature element in the Mad Max franchise — and Australian action more generally.

Action films centre on the spectacle of bodies in motion. With stories often simplified to clashes of good versus evil, they works to surprise and shock with death-defying feats and scenes of violent destruction.

Consequently, what Sight and Sound critic Larry Gross has dubbed ‘the Big Loud Action Movie’ can break through barriers of language and culture.

Focused on visual spectacle, the action genre is well suited to those multimedia marketing campaigns crucial to blockbuster films’ success. Looking at a list of all time top grossing films worldwide, we see that the action genre outperforms any other single film genre at the box office, accounting for seven titles in the top 10.

Since the mid-2000s, there has been a move toward an increasingly commercial and explicitly outward looking Australian cinema. The result has been a boom in Australian genre film making distinguished by a focus on higher budgets and transnational productions, such as Stuart Beattie’s I, Frankenstein (2014) and Gary McKendry’s Killer Elite (2011).

There were three decades between the release of Beyond Thunderdome and Fury Road. This 2015 reboot became an important milestone Australian cinema’s international turn’. These films, and the Mad Max franchise more generally, offer a distinctively Australian take on the action genre.

READ:
What do Mad Max’s six Oscars mean for the Australian film industry?

In 2018, Fury Road topped a list of the best Australian films of the 21st century chosen by critics, including Stratton — who once questioned if it was Australian at all.

The fifth film, Furiosa promises to be yet another action blockbuster extravaganza of the sort that dominates the box office worldwide. Shifting the franchise focus from reluctant hero Max to the renegade Furiosa, it will continue a widespread trend toward putting more female action heroes on screen.

And whatever else Furiosa may be, we can count on being spectacularly entertained.