Nine exceptional homegrown and international horrors coming to a scream, sorry, screen, near you.
Glenn Dunks 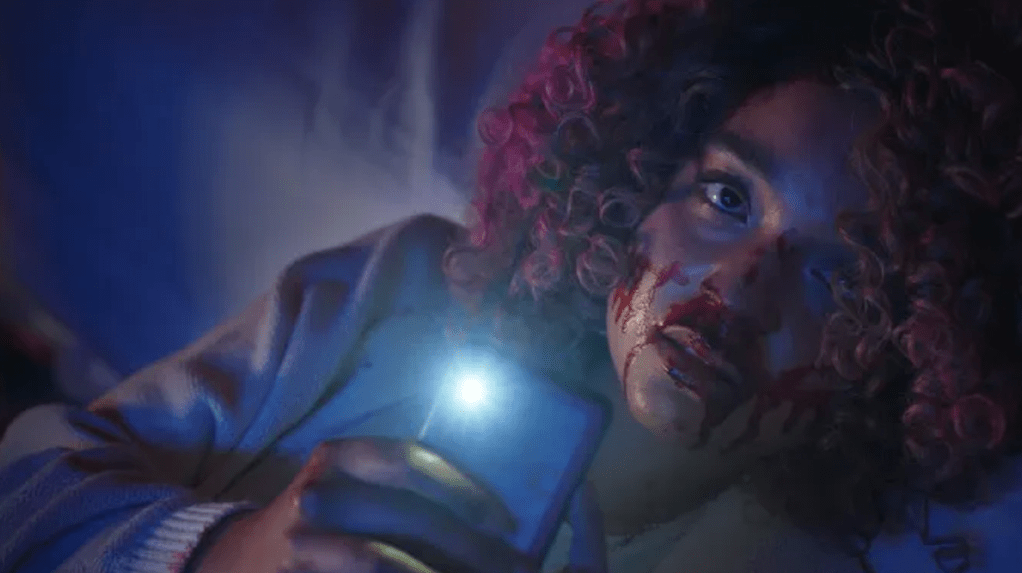 Horror movies have been one of the few constants throughout the two years of on-again-of-again movie-watching. The effects that the pandemic has had on traditional movie-making methods as well as the bottom line of theatrical versus streaming will likely mean horror movies (with their typically lower budgets and smaller crews) will continue to flourish. The rising popularity of genre-specific festivals like Monster Fest will only help.

Even though Australian audiences have rarely embraced horror like those in America, recent box office success and industry attention for the likes of Scream, Studio 666, Texas Chainsaw Massacre and Candyman will hopefully mean more Australian titles emerge alongside the booming US, Asian and European genre markets.

Here are nine horror titles coming out in 2022 for ScreenHub readers to look out for if you’re a fan of all things dark and sinister.

This Australian female-led horror comedy is getting its world premiere at South by Southwest this month and is bound to become one of the most talked about Aussie films of 2022. Starring Gold Coast-born Aisha Dee from American drama series The Bold Type, this influencer-and-wellness satire is written and directed by Hannah Barlow and Kane Senes and was filmed in Canberra. From the release of its first trailer, Sissy looks like the sort of locally produced film that could make waves internationally — a big result for Arcadia, Freedom Films, the Academy of Interactive Entertainment, Screen Canberra and the whole creative team.

One-line synopsis: ‘Cecilia is invited on former school friend Emma’s bachelorette weekend where she gets stuck in a remote cabin with her high school bully with a taste for revenge.’

Sissy is scheduled for release in October.

Sure, January’s hit Scream reboot may have dug into director Robert Eggers’ The Witch for being a bit ‘fancy pants’, but with this cast you have to pay attention: Alexander Skarsgård, Nicole Kidman, Anya Taylor Joy (currently busy prepping for the new Mad Max), Ethan Hawke and even a rare on-screen performance by Icelandic musician Bjork (her first dramatic feature in 17 years). The Northman is a tale of revenge that blends Nordic tradition and folklore with grisly man-made violence.

One-line synopsis: ‘An action-filled epic that follows a young Viking prince on his quest to avenge his father’s murder.’

The Northman is scheduled for release on 22 April.

They Live in the Grey

Shudder is a horror-lover’s streaming dream. Although the Australian version lacks the deep bench of its American platform, many great otherwise un-distributed genre titles has found their way to local audiences through its keen curation (choice 2021 selections included vampire flick Jakob’s Wife with scream queen Barbara Crampton, and Woodlands Dark and Days Bewitched, an epic documentary about folk horror). Labelled an ‘artful poltergeist thriller’, Abel and Burlee Vang’s creepy clairvoyance ghost story plays in the same world as Jennifer Kent’s The Babadook, exploring themes of motherhood and grief in the style of The Conjuring on what is likely just an ounce of the budget.

One-line synopsis: ‘Claire, while investigating a child abuse case, discovers that the family is being tormented by a supernatural entity.’

They Live in the Grey is now streaming on Shudder.

Regina Hall made a name for herself in the ludicrous Scary Movie spoof franchise (‘Cindy, the TV’s leaking!’), but she returns to the genre in a much more serious film. Mariama Diallo’s heavily-talked-about hit premiered at this year’s Sundance Film Festival, an unnerving thriller that puts the focus on two African American women who find themselves sharing disturbing experiences on their predominantly white college campus.

One-line synopsis: ‘Three women strive to find their place at an elite Northeastern university, but when anonymous racist attacks target a Black freshman, who insists she is being haunted by ghosts, each woman must determine where the real menace lies.’

Master will be streaming on Amazon Prime Video on 18 March.

Rare is the horror movie that wins an Academy Award – let alone for writing. Jordan Peele follow’s up his breakthrough hit Get Out and the acclaimed Us with what’s described as an ‘expansive horror epic’. Very little is known about Nope and we’d like to keep it that way although the initial trailer implies aliens and cowboys. We’re thrilled to see Daniel Kaluuya (Judas and the Black Messiah), Steven Yeun (Minari) and the deeply undervalued Keke Palmer (Hustlers).

One-line synopsis: ‘The residents of a lonely gulch in inland California bear witness to an uncanny and chilling discovery.’

Nope is scheduled for release on 4 August.

This one is a true indie, shot around Victoria on a micro-budget by creative partners Paul Anthony Nelson and Perri Cummings and their Cinema Viscera production company. A ghostly (and bloody) drama about a young woman who may or may not be a murderer, Apparitions has echoes of another great recent Australian title, Donna McRae’s eerie Lost Gully Road. Hopefully Apparitions is acquired by some smart streaming platform (like Shudder) with an eye for rare local genre content that doesn’t need the big budget flash of Halloween Kills.

One-line synopsis: ‘With only nightmares for childhood memories, Lily Stone returns to her family home to find out what happened to her parents.’

Apparitions is scheduled for limited Melbourne screenings on 27 and 29 March.

Only in horror could something be described as a ‘revolting visual smorgasbord’ and it immediately jumps to the top of the must-watch list. Oscar-winning visual effects master Phil Tippett’s stop-motion nightmare Mad God has been in production for 30 years and finally premiered at last year’s Fantasia and Locarno festivals to rave reviews. Praised for its incredibly detailed creature design and horrific experimental vision, it seems built for cult status like the earlier works of Peter Jackson (Bad Taste) and Brian Yuzna (Society). Watch out for it in local film festivals’ genre sidebars in all of its slimy, gross glory.

One-line synopsis: ‘A corroded diving bell descends amidst a ruined city and the Assassin emerges from it to explore a labyrinth of bizarre landscapes inhabited by freakish denizens.’

Due to being co-produced by A24 – the popular boutique label that released Hereditary and The Witch – this original American slasher flick comes with hype attached before its even premiered at South by Southwest this month. Exploring issues of class and friendship turned deadly is Dutch star Haline Reijn (Oscar-nominated Zus & Zo,Paul Verhoeven’s Black Book) who moves back behind the camera following her 2019 directorial debut Instinct.

One-line synopsis: ‘When a group of rich 20-somethings plan a hurricane party at a remote family mansion, a party game turns deadly in this fresh and funny look at backstabbing, fake friends, and one party gone very, very wrong.’

Three Steven King adaptations are coming this year. There is Salem’s Lot, which little is known about. Another is Children of the Corn, shot in Australia with Callan Mulvey and Bruce Spence among its cast. The other is Firestarter, which comes four decades after the first disappointing version starring a young Drew Barrymore. From Blumhouse (co-producers on the Australian horror The Invisible Man), hopefully director Keith Thomas and stars Zac Efron (fresh from his role in Anthony Hayes’ Gold) and Ryan Kiera Armstrong can inject some much-needed government paranoia and pyrotechnics into King’s famous story.

One-line synopsis: ‘A young girl tries to understand how she mysteriously gained the power to set things on fire with her mind.’

Firestarter is scheduled for release on 12 May.

Netflix’s recent gamble on a new Texas Chainsaw Massacre sequel was met with howls of derision from some, angry at how much it deliberately misinterprets what made the 1974 original so special. Others, like myself, embraced its’ no frills take on the franchise (the title is certainly accurate!). Somewhere in the middle may lie Ti West’s X, which appears to put a shiny coat of lip gloss on the exploitation era aesthetic of that early Tobe Hooper flick. Buzz is strong for this film about a porno shoot in (you guessed it) rural Texas that’s interrupted by bloody mayhem (plus its star Jenna Ortega, the breakout of this year’s Scream franchise reboot).

One-line synopsis: ‘In 1979, a group of young filmmakers set out to make an adult film in rural Texas, but when their reclusive, elderly hosts catch them in the act, the cast find themselves fighting for their lives.’

X is currently undated in Australia.