Introducing the Mentors for Wordplay: A Games Writing Mentorship Program

The mentors for the Wordplay mentorship program bring with them decades of excellence in the fields of game writing and beyond. 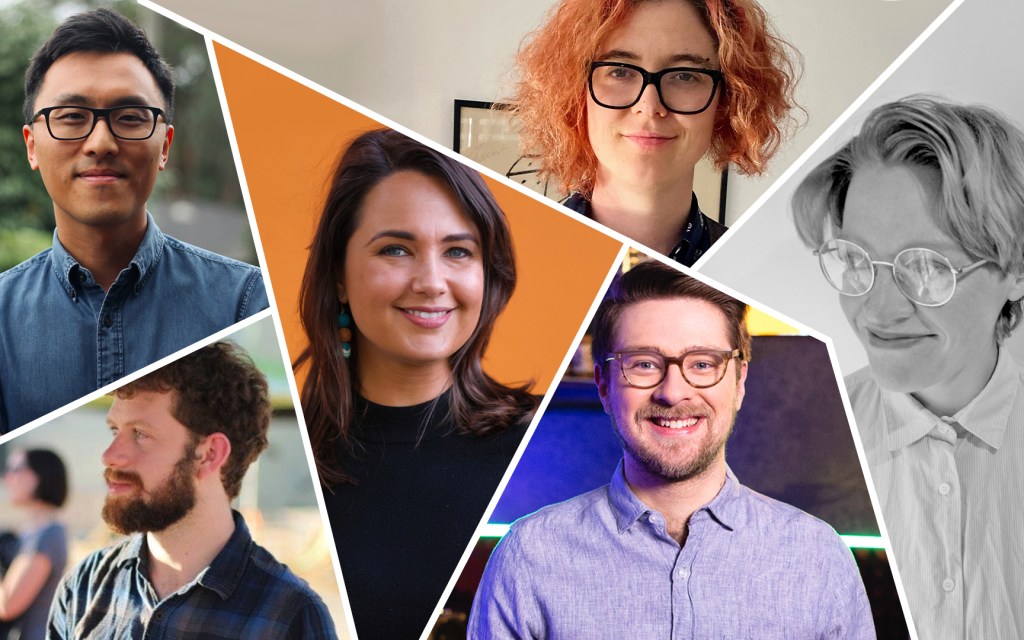 To help the participants get the best start possible, we’ve brought on some of Australia’s most experienced individuals in games-related writing and beyond to mentor the cohort and hone their voices. Each participant will receive one-on-one mentoring sessions with their assigned mentor before and during Melbourne International Games Week.

Applications are open to all residents of Victoria. MIGW and GamesHub especially encourage submissions from gender diverse, culturally diverse, and First Nations applicants.

Find out how to apply for the Wordplay mentorship program. Applications close 11:59pm, 12 September 2021

THE MENTORS FOR WORDPLAY 2021

Alice Clarke is a freelance journalist, producer and presenter with 15 years of experience. She’s written for many publications including The Age, Herald Sun, Kotaku, Gizmodo, Cracked, Byteside, Stevivor, and Power Up.

She was the weekly game reviewer for the Sunday Herald Sun for 11 years and currently has a weekly column in The Age and Sydney Morning Herald called Ask Alice. As well as writing, she is also the co-curator of the PAX Together lounge at PAX Australia, a space that celebrates minorities in games on both sides of the controller.

Dr. Dan Golding is a Senior Lecturer in Media and Communication at Swinburne University, the host of Screen Sounds on ABC Classic, and an award-winning composer and writer.

He is the author of Star Wars After Lucas (University of Minnesota Press, 2019), and with Leena van Deventer the co-author of Game Changers (Affirm Press, 2016).

He also made the soundtracks to the BAFTA, DICE, and GDCA winning Untitled Goose Game (2019), also the first game soundtrack to be nominated for an ARIA award in history; Push Me Pull You (2016); and the Frog Detective series, for which his score for The Haunted Island (2018) won the APRA-AMCOS Australian Game Developer award for Best Music.

He also co-hosts the popular film music podcast Art of the Score, and in 2018, Dan presented What Is Music for ABC iView and Triple J with Linda Marigliano. Since 2010 he has written journalism and commentary for a wide variety of publications (ABC Arts, Crikey, Buzzfeed, Meanjin, Kotaku), and a video essayist with 1 million views on YouTube. From 2014-2017 was director of the Freeplay Independent Games Festival.

Rae Johnston is a multi-award-winning journalist with a focus on the geekier side of life. Her work appears across television, radio, podcasts, online and print media. Rae is also the producer and host of top-rated technology podcasts Queens of the Drone Age and Hear+Beyond.

Rae was the first Science & Technology Editor for NITV at SBS, the first female editor of Gizmodo Australia, and the first Indigenous editor of Junkee – where she established an award-winning gaming vertical.

Rae is a founding mentor with The Working Lunch program, supporting underrepresented entry-level people in games. She is also an External Assessor with Film Victoria, helping to fund independent games.

Rae’s work has seen her awarded the Lighting The Way prize for advocacy and support of the Australian games industry at the Australian Game Developer Awards. The Australian Games Awards named her both Journalist of the Year (2018) and The Gamechanger – awarded for challenging the negative misconceptions about video games throughout her career.

Brendan Keogh (he/him) is a researcher at Queensland University of Technology in the Digital Media Research Centre, and the co-organiser of the Squiggly River Game Collective. He has been active in the Australian game making community for over a decade as a critic, educator, researcher, and amateur gamemaker.

He is the author of A Play of Bodies: How We Perceive Videogames; Killing is Harmless; and The Unity Game Engine and the Circuits of Cultural Software (co-authored with Benjamin Nicoll). He’s written about videogame culture for a range of outlets including Polygon, Edge, Overland, and Unwinnable.

Jini Maxwell (they/them) is a writer and curator based in Melbourne, Australia. They work as ScreenHub’s Games and Digital Content Lead, where they write about the people and circumstances that create videogames.

Jini is The Saturday Paper‘s first-ever videogame critic, contributing a regular games criticism column to publication. Jini has also contributed critical writing to a wide array of publications, including Screen Education, ACCA online, The Wheeler Centre online, Overland, and the Melbourne Recital Centre’s soundescapes. Most recently, they guest-edited an issue of Cordite Poetry Review, themed GAME, alongside Rory Green. In 2018, Jini was one of three Emerging Critics in Residence at the Melbourne Recital Centre. They have lectured and tutored in Creative Writing, Publishing and Game Design at RMIT since 2019.

Outside of writing and lecturing, Jini works as a curator and events producer. Fueling their passion for inclusive, curious approaches to play, they currently host ACMI’s Women and Non-binary Gamers Club. They previously directed National Young Writers’ Festival, and worked as a Creative Producer on Freeplay Independent Games Festival. They curated an independent exhibition of ekphrastic writing and videogames themed ‘Digital Intimacies’ in 2019.

Edmond Tran has been entrenched in games media for over 13 years and is the current managing editor of GamesHub and ScreenHub. From 2008 to 2020 he was part of the storied global games publication, GameSpot, acting as the Australian Editor from 2015. Prior to that, he served as a Senior Video Producer, winning multiple awards for original programming.

He has been on the ground to cover ten Tokyo Game Shows, eight E3 Expos, and every iteration of PAX Australia – including the one at Flemington where everyone got drenched. He’s run multi-day live stage programs, written and edited countless reviews, previews, and features, and conducted interviews with the likes of Shuhei Yoshida, Mark Cerny, Phil Spencer, Nobuo Uematsu, Shinji Mikami, Warren Spector, Alexy Pajitnov, Koji Igarashi and SUDA51.

In September 2021, the ArtsHub group will launch GamesHub, a video game news, reviews, and features site dedicated to creating approachable games coverage for anyone. With a focus on recognising games as creative works first and foremost, and a commitment to comprehensive coverage of the Australian industry, GamesHub aims to expand how people think about and appreciate games from all over the world.

Most importantly, GamesHub will encourage and foster new voices and perspectives in Australian games writing.