Spiderhead review: one star (and we don’t mean Chris Hemsworth)

We’re invited to giggle and thrill at Joseph Kosinski's film with the same blissful lack of irony as the medicated prisoners.
Naja Later 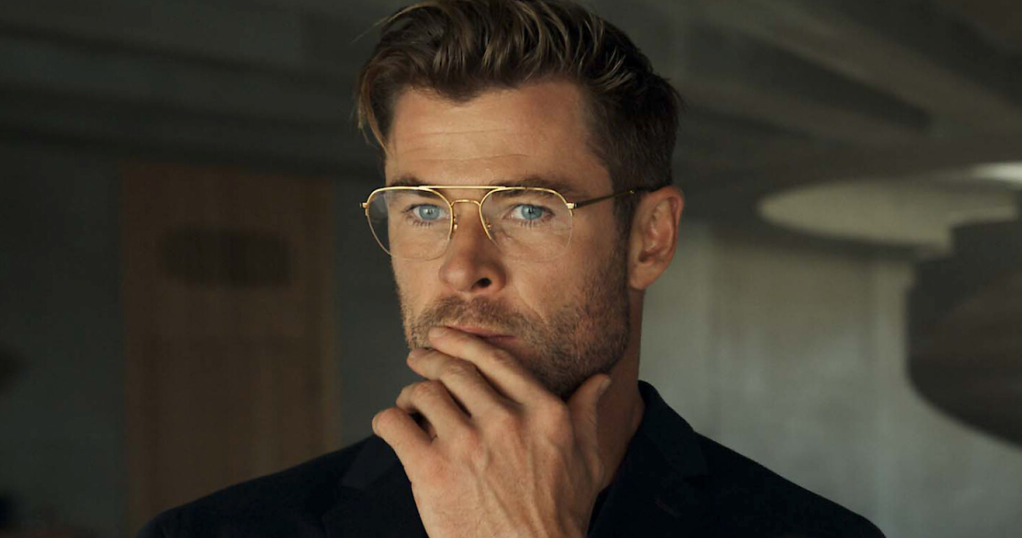 It’s quite a month for director Joseph Kosinski and star Miles Teller, with Top Gun: Maverick hitting the big screen as Spiderhead hits small screens. Made in Queensland and co-starring our own Chris Hemsworth, Spiderhead imagines a mysterious prison where prisoners are subjected to mood-altering drug experiments by staff.

Unfortunately, this isn’t science fiction at all. While the glamorous Hamilton Island and Gold Coast make Spiderhead prison look like a resort, the narrative emphasises that this luxury can always be replaced by state prisons if the test subjects refuse to comply. Of course, real private prisons aren’t so luxurious, but fitting for a US-Australian coproduction. Some 20% of Australia’s incarcerated population are in private prisons, compared to 8% in the USA.

Spiderhead was partially funded by Queensland’s government, receiving approximately $10 million as part of an initiative to lure screen productions to our shores . All things considered, the substantial subsidisation for Hollywood productions is a pittance compared with the $13.5 billion our rising incarceration rate has cost in the last decade.

Hemsworth’s career seems to be following the trajectory of Brad Pitt’s: he’s turned away from hunky heartthrobs to play a Tyler-Durden-like manipulator, an over-friendly genius. Teller is his favourite test subject: unfortunately his flinty agitation doesn’t allow him to manufacture the emotions being chemically pumped into the character.

Jurnee Smollett superbly delivers all that’s required of her: she’s the caterer, therapist, and clandestine mistress to Teller’s protagonist. There’s not a hint of irony in the film that the two Black characters do the cooking and the cleaning. Despite a compelling opening scene with allusions to Get Out, Stephen Tongun is immediately reduced to playing a brute with a mop.

It’s fitting that Australia serves as the location for an American film about prisoner abuse. Aboriginal and Torres Strait Islanders make up 30% of our prisoners, compared to 34% Black prisoners in the USA. In the USA and in Australia, Black prisoners have been subjected to medical experimentation and intervention without their consent.

The film does seem to allude to real incarceration justice, with a visceral scene of Smollett appearing to commit suicide in custody, much like real-life American woman Sandra Bland (there is an second suicide scene that viewers should be aware of: these take place at 52 minutes and 88 minutes). Our local Black deaths in custody continue at shocking rates and without accountability.

If the film did anything original with concepts lifted from A Scanner Darkly and Ex Machina, it might be able to wield the obvious parable as a criticism. It explores some interesting themes around how consent is manufactured, with the threat of greater injustices always hanging over the heads of the prisoners as Hemsworth fawns and bats his lashes, leaning into the film’s occasional homophobia to give himself a sinister edge.

He wields soft power expertly, set up as compliant middle management before the film falls to the temptation of a mad scientist caricature. ‘We’re all here by choice,’ he reminds his lab rats and Mark Paguio, his tech-whiz underling who develops a tepid conscience.

The shiny Internet-of-Things aesthetic that permeates every inch of the set is effective in getting (literally) under your skin: we already have cyborg medical devices such as cochlear implants and insulin pumps, that live or die through apps that will only work on the latest phones. Spiderhead’s premise of adding mood-stabilising drugs to create more effective workers is entirely plausible.

We’re invited to giggle and thrill at the film with the same blissful lack of irony as the medicated prisoners. Spiderhead concludes with an Aesop-heavy message that drugs cannot fix problems, but the police can. If you can tear your eyes away from Queensland’s enchanting coastlines, you might wonder who put the prisoners there in the first place.

Spiderhead is streaming on Netflix now.