Streaming services, cinemas and the ultimate need to coexist.
The Conversation 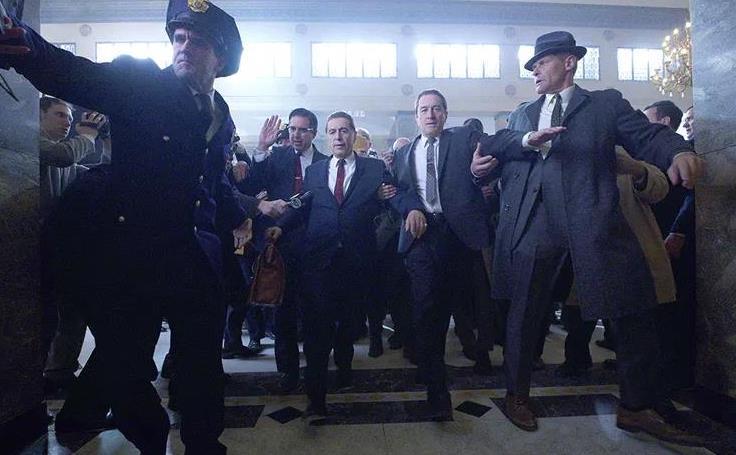 When a filmmaker as big as Scorsese needs Netflix for funding, what does it mean for the little guys? IMDB

Cinema has always been a medium in crisis. After the so-called golden age of Hollywood came television: why go to the movies when you can sit in the comfort of your home, watching recycled movies in letterbox format? Yet cinemas adapted and survived.

This week, major cinema chains said they would not run Martin Scorsese’s upcoming film The Irishman because Netflix – who partially funded production and own distribution rights – were restricting its theatre run to four weeks before it hit small screens.

The news signals a looming threat to cinema as we know it.

Television made movies a commodity audiences could consume on their own terms. Yet cinema survived. In fact, it became a global mass cultural medium in the late 1970s and in the multiplexes of the 1980s.

Even the turbulent digital turn that brought cinema to a second crisis point in the early 2000s was navigated by the major Hollywood studios with the rebirth of the blockbuster in pristine form: Avatar (2009) in stereoscopic 3-D, the high-tech Marvel cinematic universe.

This is all to say that cinema, for the time being, is alive and well.

But shrinking diversity in cinema offerings – Scorsese is no Marvel fan – has forced even big name directors to seek funding from alternative sources. This is especially necessary when their movie costs US$159 million (A$230 million) to make. Enter television streaming giant Netflix.

Are you talking to me?

But what makes The Irishman unlike any other Scorsese film is that it is being distributed by Netflix. After its short theatre run it will be distributed to our homes, where it will do its major business.

In February, the tension between Netflix and theatrical distributors escalated with the nomination of Alfonso Cuarón’s Netflix-distributed Roma for a Best Picture Oscar. Director Steven Spielberg subsequently declared a Netflix film might “deserve an Emmy, but not an Oscar”.

A Netflix production – whether David Fincher’s monumental longform series, Mindhunter, or Scorsese’s The Irishman – was television and therefore not cinema.

Netflix represents a very real threat to theatrically screened cinema and its distribution apparatus, which is why several large cinema chains in the US (and, indeed, Australia) are boycotting The Irishman.

While Netflix has consistently produced high quality content either through internal production or by acquiring and distributing titles, its assimilation of an auteur picture – a Scorsese gangster epic, no less – signals an aggressive move into the once sacrosanct domain of cinema entertainment.

One wonders: if Scorsese capitulates to the economic strictures of the contemporary studio system, what will independent filmmakers do? How will low budget features be funded in an era in which Netflix colonises the large and small-scale productions alike?

Netflix is not cinema, but neither is it television. Directors such as Spielberg struggle to understand that the new media entertainment regime is far removed from the projection (theatre) or broadcast (television) media environment of a predigital era.

Instead of declaring a Netflix production unworthy of an Oscar, we could invert this measure: perhaps it is the Oscar that is increasingly outmoded as an artistic and cultural mark of value.

The digital economic currents that carry Netflix intuitively seek expansion into proximate markets, and cinema is a natural fit. Netflix’s move into cinema distribution – with Scorsese at the helm – is therefore a smart negotiation. Even if Scorsese is an unwilling participant, it sets a clear precedent.

It seems unlikely that cinema will end in any formal sense, at least within the next few decades.

But a Netflix-distributed Scorsese film gives us cause to lament the ailing cinema experience. Christopher Nolan’s Dunkirk (2017) exemplified cinema’s ability to assault us with big screen images and jolt our bodies with a powerful soundscape. Only a grand technological scale can provide this kind of visceral experience.

And yet, like Scorsese, I’m tired of Marvel. I’m tired of the rigidity of formulaic narrative and image structures intrinsic to the contemporary studio system. I’m disappointed at Hollywood’s capitulation to an instrumental economic model. Could a studio have produced The Irishman? They had a chance, and they turned it down.

Hollywood – and media entertainment structures more generally – will need to find a way for the big and small screen distributors to get along in order to keep the dynasty alive.