You should play… Hollow Knight 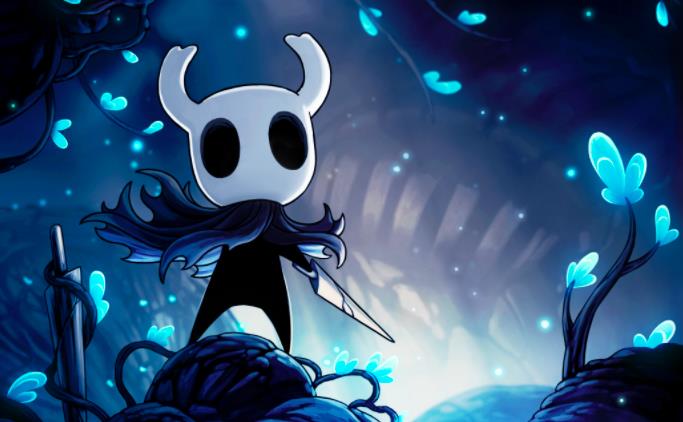 Last week, content director George Dunford recommended Kirk Hamilton’s music podcast Strong Songs, and we included Hamilton’s remarkable arrangement of the Greenpath theme from Australian metroidvania game, Hollow Knight. It felt only fitting, then, that we’d let our games and digital content lead, Jini Maxwell, wax lyrical about a game they came to a bit late, but that has quickly won an eternal place in their heart.

I recently played Hollow Knight for the first time. The game was a breakout hit from tiny, Adelaide-based studio Team Cherry in 2017, with a sequel, Hollow Knight: Silksong slated for release in 2021. I had heard the numbers behind the game: an incredible crowdfunded success, the action-exploration game sold more than three million copies by the end of 2020. I’m currently playing it on Nintendo Switch, and honestly, the hype didn’t prepare me for how good this game is. Set to a stunning soundtrack by Christopher Larkin, the gothic, Hayao Miyazaki-inspired bugworld of Hollow Knight is brought to life by hundreds of unique animations and characterful audio design.

I think that I had skipped over Hollow Knight for the same reason I had avoided Dark Souls: while a lot of my friends loved it, recommendations often revolved around its steep level of difficulty. It’s true that Hollow Knight is a challenging game — But  this description doesn’t articulate what makes Hollow Knight’s take on metroidvania-style gameplay so luminous and compelling. As well as facing off against huge bosses, the bulk of the game is spent uncovering the secrets of Hallownest, whether these are new charms and equipment to alter your gameplay, or sparkling lore gems that deepen your relationship with the world.

The game has an incredibly rich narrative woven into the fabric of the world, and each new area introduces new opportunities to consider the history of the dying world your character is tasked with saving. Rather than giving you chunks of text to wade through, this information is embedded in environmental design, brief conversations, the spectre of fallen cities and discovered graves. The game is a perfectly articulated web of spaces that feel unique while also making complete sense in relation to each other, and each can be revisited over and over to reveal new secrets, new challenges, new perspectives. It’s an absolutely remarkable achievement

Hollow Knight truly succeeds at making you feel like a visitor to a place that has existed in whatever form for aeons before you came here, and will continue to exist in some way after you have left. And even then, within this profoundly tangible, emotionally resonant context, the game makes space for levity and charm. I think I can best articulate the tone of the game like this: as you travel through this necrotic dead world, trying to find the root cause of a mysterious infection that is driving its residents mad, the most reliable way to recuperate your energy is to find a park bench, and just have a little sit down. It’s perfect! | Jini Maxwell, games & digital content lead

To get a look into Hollow Knight‘s idiosyncratic art stye, check out the trailer below: