The Stranger, with Joel Edgerton, at MIFF 2022: director interview 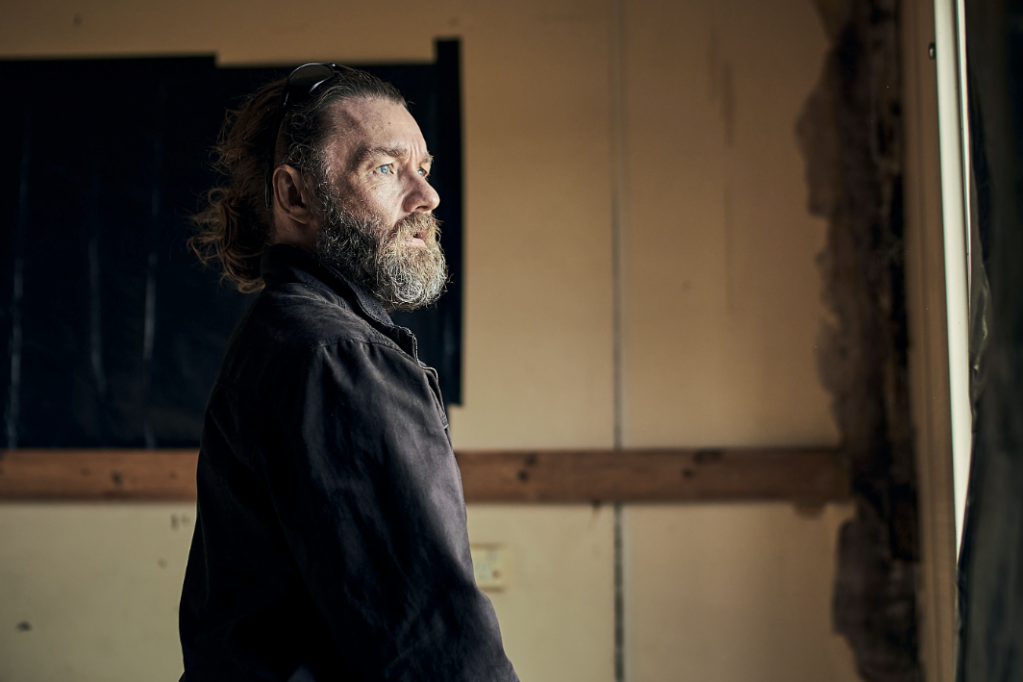 When you hear the word IMAX, there’s a fair chance your mind immediately wanders to the blockbusters so often fronted by Disney: the MCU and the Star Wars movies. But Thomas M. Wright, the writer/director behind Melbourne International Film Festival (MIFF) competition highlight The Stranger, thinks we are underestimating the potential of the form.

So much so that four years ago, after his MIFF Premiere-funded debut feature Acute Misfortune wowed MIFF crowds, he lobbied for the elegiac adaptation of Erik Jensen’s award-winning Adam Cullen biography, hauntingly captured in the Academy ratio, to be projected on the giant screen housed at Melbourne’s Carlton Gardens.

‘We ran tests on it and talked about the technical issues and how to get over them,’ he recalls. ‘It’s a really immersive way to watch a film because it reaches to the limits of your peripheral vision, and my feeling is that it can work just as well for drama or anything else. It’s pretty arbitrary that it’s been designated for large-scale films.’

While those talks with IMAX came to naught, they led to a conversation with MIFF’s current artistic director Al Cossar about the venue’s potential. ‘We’ve got the best picture with the best sound of the largest screen in the southern hemisphere,’ Wright argued.

That chat stuck with Cossar. Flash forward four years and The Stranger, which bowed in the Un Certain Regard stream of the Cannes Film Festival, will be the first film in this year’s inaugural MIFF Bright Horizons Competition, celebrating emerging filmmakers, to light up at IMAX. ‘I’ve tested the film there twice and the picture and sound quality is absolutely extraordinary,’ Wright says.

Where Acute Misfortune focused on the fraught dynamics between the unpredictable artist Cullen, as played by Daniel Henshall, and the cub reporter who somewhat ambitiously sought to tell his story (Toby Wallace), The Stranger treads more dangerous territory.

Loosely drawing from the shocking real-life abduction and murder of a young boy, not named in Wright’s film, it has nevertheless sparked some controversy. He maintains that it is a fictionalised retelling that concerns itself not with the murder, but the sweeping police investigation that followed.

‘I felt that it was essential to bring a moral perspective to this film, and for that reason, it’s a fictionalised film that does not represent the victim in any way, which is highly unusual for a film of this type,’ Wright says. ‘It does not represent any violence, or the family, and focuses instead on the operation that took place and the impact that it had on those people.’

Producer Joel Edgerton had explored the story for two years before tapping Wright to take it on. He also stars as Mark, an undercover cop presenting as a shady underworld figure who can help make people, and their bad deeds, disappear. His goal is to earn the trust of Sean Harris’ Henry and thereby eke a damning confession out of the man.

In order for the gulf between these men to feel real, Wright opted to keep his stars apart as much as possible – as he did with Henshall and Wallace – before shooting the film in a more or less linear fashion.

This helped trace the trajectory of the characters’ false but complicated bond. ‘It takes you even further than Acute Misfortune into an interior psychological perspective and, quite literally, into dreams,’ Wright says of the film’s disturbing liminal spaces. Haunting visions are lit in hellish red and firelight, dreams bleed into reality and a reflection phases in the mirror. It all adds up to a nightmarish vision that recalls the work of David Lynch.

‘Structurally, it’s built around opposites, good and evil, light and dark, the true self and the false representation,’ Wright says. ‘I wanted to make a film that was, on one hand, forensic in its detail. And on the other hand, deeply psychological and that really immersed you in that experience of what it was to be a part of an operation like that. And to be in that degree of closeness with an unknowable capacity for violence in human life.’

What does it take to star into the eyes of a monster and feign connection? As Lynch often uses dance to wrong-foot the audience, there is a startling sequence in The Stranger that discombobulates. Set to ‘Trojan Blue’ by Icehouse, it’s a remarkable moment that pulls the ground beneath the film’s feet.

‘It’s an animal’s shift,’ Wright agrees. ‘I think the performative aspect of masculinity is much more important to Acute Misfortune … where The Stranger is really dealing with much more primal aspects of human nature and the capacity for violence. And, on the other hand, our need for order and structure to make sense of chaos.’

The film embraces this chaos in many subtly unnerving ways, including its jittering, insect-like score by cellist, composer and Radiohead collaborator Oliver Coates, who worked with Mica Levi on the music for Jonathan Glazer’s other-worldly film featuring Scarlett Johansson, Under the Skin. ‘It’s a sparse score that reinforces the tension and the conflict that’s there  between the inner and outer realities for these characters whose entire relationship is based on lies.’

To find authenticity within the constructed, Wright cast his own son to play Mark’s in the film. ‘Because I felt like in order to be able to deal with this material, I needed to have a really authentic representation of what’s at stake,’ Wright says.

Edgerton spent a year getting to know the young man and playing games with him before the shot a scene together. ‘So that they could authentically represent a father and son relationship,’ Wight says. ‘And all of their material was effectively improvised in one house over three days.’

This relationship helped to lighten stretches of a shoot that was, Wright says, very difficult to make. But however hard filmmaking can be in the moment, the rewards can be astronomical. Wright is blown away that it was embraced by Cannes  with a seven-minute ovation. He’s even more excited for MIFF audiences to see it on that giant IMAX screen. It’s been a remarkable journey.

‘When MIFF co-financed my debut feature, I was completely unproven,’ he says. ‘I hadn’t directed commercials, music videos, short films, anything. The first day I walked on set of Acute Misfortune was my first day of directing film. Had MIFF not made that investment, I don’t think that film would have been financed.’

The realisation of that IMAX dream is the icing on the cake after two years of MIFF unspooling online-only. ‘I just think that that communal experience of storytelling is so, so valuable. It’s one of the foundations of our society.’

The Stranger is showing as part of MIFF 2022. For more details, visit the MIFF website.