How to build the perfect format show: from Naked Attraction to Gogglebox

Gogglebox? Dragon's Den? Naked Attraction? What kind of loon thinks of these things? His name is Tim Harcourt and he revealed himself in a session at AIDC.
David Tiley 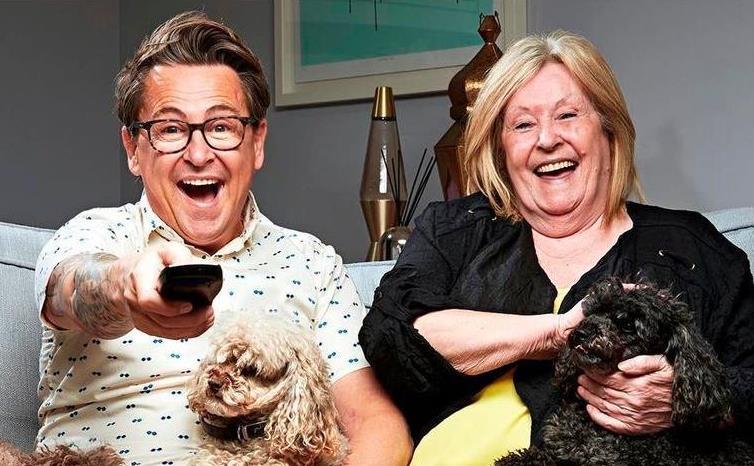 Formats are the Holy Grail of non-fiction television. They have none of the solemnity of factual or docs, but they cut to the raw heart of the human soul in every possible form of extremity. They are funny, and revealing, and they make us squirm or gasp, and we always know that the characters ultimately brought it on themselves.

Get one right and it can be a decade earner, and spread around the world. Gogglebox is in thirty countries from Australia to Slovenia, Belgium to Mongolia. Australian producers seethe over the fact that domestic broadcasters will pay the license fees for overseas shows, and bring outside executives in to rebuild them from their series bibles, but they won’t take a punt on a local version.

Encouraged and contextualised by Kylie Washington, director of production at BBC Studios Australia and New Zealand, Tim Harcourt took us through a session titled ‘From Genesis to Blockbuster: Developing Ideas that Travel’. It was suffused with the energy and ebullience that are the fundamental tools in this kind of career. Along with a steely ability to stare down the wowsers and their horrified respectabiity.

Tim Harcourt, a television addict raised in New Zealand on two channels, hit London seething with a starved imagination dying to launch onto the world. He started by making tea, and climbed systematically, probably concealing the true strangeness of his intellect.

Eventually he went to key indy format machine Studio Lambert. By then, he had learnt some sad rules:

We know his attitude works, because he was ultimately responsible for Dragons’ Den, Gogglebox and The Circle, all of which are energetic and ultimately dignified. Nightmare Pets, Naked Attraction and Tattoo Fixers on Holiday are inherently more raffish. Dancing on Wheels is entirely noble.

This language represents the kind of challenges that a determined producer/executive faces. The process inevitably involved:

Here is how Harcourt first started on Naked Attraction, ruthlessly cut down for easy reading. He said, ‘I had been thinking about a naked dating show for years. I suppose at the back of my head I was always thinking that when we were cavemen, people must have been attracted to each other so there must be something in the naked body which is attractive.

In there was the notion that ordinary lumpy adult bodies are intrinsically enticing, beyond the reification of culturally reinforced beauty. He pitched it once, on the grounds that the show had a medical twist. This is what happened.

Six months later he rang Harcourt, who said, ‘Give me a bit of time to talk about it with the team and we’ll come back to you. What we developed was ridiculous – it was like a commune in an Alpine valley with naked frolicking.’ They soon realised that an Alpine valley is a long way to go to see naked people.

He had an internal production conversation which went, ‘There was a really famous viral meme going around about seven or eight years ago with strangers walking up to each other and kissing. The kids still remember it. So we get people who have never met to undress in front of each other and talk about each other’s bodies. So the team went off and filmed a tape of two people getting undressed and talking to each other.’

‘We ended up with a bit of tape to take back to the channel to prove we can get people to undress in front of each other, who are happy to be naked together. That was always going to be a massive hurdle in selling the show. But equally we discovered that it was an incredible moment.’

There were many more decisions to make. Would they be alone? Was it a half hour series? How many couples in each? Would the bodies be revealed slowly, or just in a quick dive back to the stone age? Through the dialogue, the channel became more and more motivated to do it.

Medical experts came into the format and left because they are so deflating, and came back because they had something to add. As Kylie Washington gleefully acknowledged, ‘I feel like we know that pheromones are attached to pubic hair and it goes up through the nose and, hey presto this attraction!’

After the public finds it, and the format sells, and the BAFTAs have been awarded, the creators are always left with a fundamental problem. As Kylie Washington said, ‘What are you doing in series two and three, and beyond? How is it growing? Is it scaleable? How do you take it forward?’ Producers are caught on a ruthless treadmill of change and novelty, which only the lateral thinkers survive.

We can’t leave without the Gogglebox story. It started very elliptically, as Harcourt talked in his own family about a 40,000 foot vision of the news. During the riots crisis of 2011, households across the country were taking up really different positions about the events as they unfolded on the news. How do they respond? What do they say? Could they be documented?

It was a time when rig shows were popular, in which environments were filled with cameras and the footage was cut together each night in a real life soap opera. They broke out with Big Brother and were refined for a time in franchises like The Family and One Born Every Minute.

From the very beginning, Harcourt knew it would be interesting but he was determined it would be funny. As he talked to broadcasters and homed in on Channel 4, he found an executive who remembered an old anthropology series called People Watching in the UK. He gave Lambert Studios £60,000 to develop the idea.

While Harcourt has talked about the drive for simplicity, he is also responsible for The Circle, made for Netflix which describes it as, ‘Competition Reality TV. Status and strategy collide in this social experiment and competition show where online players flirt, befriend and catfish their way toward $100,000.’

‘…it isn’t really efficient to pitch on Zoom. I want to be in the room and chit-chat and build trust together because I’m going to tell you about an idea. If you like it, then we are going on a journey of trust, and this is the beginning of that journey.’

It is designed to baffle as a group of contestants occupy the same building and build relationships with each other, but only online and never in person. That was tough to pitch, and required all Harcourt’s skills and reputation to sell, in direct contradiction to his mantras about simplicity.

He was messaged in his conference Zoom about any particular tips about pitching. This is what he replied.

‘I try to keep it really conversational. And I think it’s quite important to warm up the room, and to be friendly. One thing I’ve found really difficult on Zoom is that you don’t you don’t get that same connection with people that you can when you’re talking about an idea. I’ve been kind of avoiding it.

‘I fed that back to a few people at Netflix, saying that it isn’t really efficient to pitch on Zoom. I want to be in the room and chit-chat and build trust together because I’m going to tell you about an idea. If you like it, then we are going on a journey of trust, and this is the beginning of that journey.’

Even through the AIDC Zoom, I felt the intensity of that. Meanwhile, producers and commissioning editors are wondering just how far they can push the Zoom pitch to go global.