Now in its tenth year the documentary festival with a positive spin goes virtual. We talked to director Daniel Simons about the program and his latest reasons for hope.
Rochelle Siemienowicz 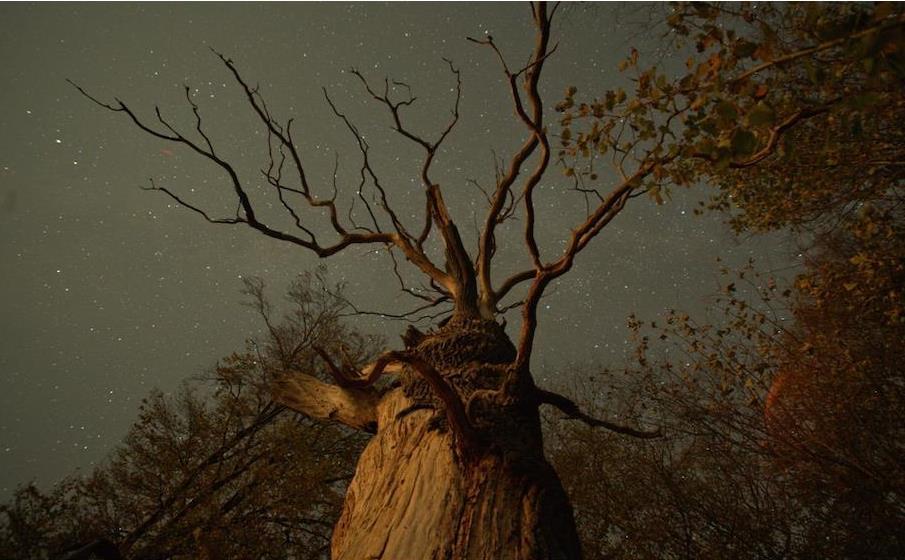 Based on the bestselling book, The Hidden Life of Trees is a Transitions festival highlight.

This time last year we talked to Daniel Simons about the Transitions Film Festival and its prescient theme of ‘Resilience’. The bushfires raged, smoke shut down outdoor screenings, and the pandemic lurked on the horizon.

But an actual live event kicks off the festival tonight (23 February) with a free, ticketed premiere screening of Environment Victoria’s 25-minute film Beyond the Burning, directed by David Franjic and documenting the toll of bushfires. This will screen at MPavilion in Melbourne with a panel discussion.

Another big highlight isThe Hidden Life of Trees, Jörg Adolph’s German documentary follow-up to the global best-selling book by Peter Wohlleben about the wondrous language of the forests and the secret intelligence of plants.

We caught up with Simons to track the mood of 2021 and pick out highlights from this year’s festival, a selection of nourishing films for your online doco diet, with the added bonus of a reduced carbon footprint.

This is your first online version of the film festival? What have been the highlights and lowlights of that transition?

There is nothing quite like being able to be in a room full of other cinema lovers enjoying a film at the same time and then connecting at the bar afterward – and there is a certain energy that always comes from being able to interact with the filmmakers directly, in the same room – but a small bonus in running an online program (in the middle of a pandemic) has meant that we’ve been able to include more international filmmaker panel discussions and introductions (without the carbon miles).

It is also fantastic that now anyone in Australia can access the films and they are able to see them at any time over a 17-day period, making the program much more accessible to a wider audience.

Read: Playing with sharks: beauty, art and a life redeemed

There is so much excellent factual content available to people to watch online at the moment. How do you try to cut through?

The fact that there is so much factual content available is the exact reason that festivals like ours are so vital. With the internet allowing us almost infinite options, it is multinational companies’ algorithms that are feeding people their information diets.

Programs like TFF allow audiences to find films about the issues that matter most, without having to be spoon-fed by algorithms, or having to trawl through the millions of hours of content that is available online.

‘With the internet allowing us almost infinite options, it is multinational companies’ algorithms that are feeding people their information diets.’

Our festival is one of the only festivals in the world that specifically focuses on films that explore ‘solutions to society’s greatest challenges’. We are specifically aiming at people who want to be inspired to engage with the ideas that will shape our collective future – which, if you are aware of what we are staring down the barrel of, should be everyone.

A lot of the content we are screening has won awards at festivals all around the world but, without programs like ours, the content would lack the exposure and might never be found by Australian audiences.

This is the 10th year of the Transitions festival. What’s the theme this year and what does it mean to you?

Last year’s theme was ‘Resilience’, the perfect theme leading into the worst bushfires the world has ever seen and a global pandemic that turned the world upside down. We had our ‘Climate Emergency Cinema’ session canceled because the air outside was unbreathable, and we snuck in our closing night a few days before the first lockdown.

We don’t have a central theme this year, but the program is heavily focused on solutions to the climate crisis. We have films about Nobel Laureates using their fame to create change (Citizen Nobel), a rockstar architect who created the world’s first waste-to-energy powerplant with a ski slope on the roof (Making a Mountain), a viral YouTuber who walked over 700 miles across America to draw attention to climate change (Barefoot: The Mark Baumer Story), a French filmmaker two traveled the world on container ships speaking to scientists and energy experts (Once You Know), and a bunch of films about student climate strikers fighting to protect their future (Youth on Strike! NOW, Citizen Kids).

We’re also hosting the world festival premiere of Josh Fox’s latest film, The Truth Has Changed, about how our ability to discern the truth will impact our ability to solve the climate crisis.

All of these films show people rising to the challenges of the moment and creating massive change. These ideas are incredibly important right now as governments around the world will be spending trillions of dollars to stimulate the economy post COVID-19. It is vital that all of these investments are directed towards building the new world and not falling into old patterns.

Are you feeling more or less hopeful than you were last year?

We actually found out that Cinema Nova was a COVID exposure site on the second last day of our festival last year. Shortly after, the entire global economy almost ground to a halt and it felt like the sky was going to fall in. Now, Victoria has almost zero cases and the economy has rebounded. We have proven how resilient we can be. In America, we now have a leader dedicated, at least on paper, to creating meaningful change in the right direction on both COVID and climate. The science coming out about climate change and other global challenges is becoming more alarming by the day, but there is definitely a huge groundswell of people rising to the challenge, and new technologies and innovations coming online every day. We are also seeing more and more people like Damon Gameau, Sarah Wilson, and Mike Cannon Brooks really bringing these ideas of positive climate action into mainstream consciousness.

What can you tell us about the Australian parts of the program?

COVID has impacted local production, so we have included less local content than we usually would, but we are really excited to be premiering two great films, Beyond The Burning and Youth On Strike!.

Beyond The Burning is a short film by Environment Victoria that explores how we can build-back-better after the devastating bushfires of last year, and showcases how Indigenous land management and renewable energies are the way forward. It’s a really beautifully shot film that includes first-hand footage and interviews by locals impacted by the fires, as well as the Indigenous thought leaders and scientific experts sharing their wisdom and vision for the future.

Youth on Strike! is a beautiful film that is made up of personal vlogs, self-recorded by the leaders of the Australian student strikes, which were part of one of the largest global climate actions in history. It was shot by Rob Innes, who is a producer on Charlie Pickering’s The Weekly, and it’s a great film for getting to know the real people behind the historically significant event.