Writer-director Abe Forsythe of Little Monsters and Down Under delivers a romance with wit, pathos … and claws.
Guy Davis 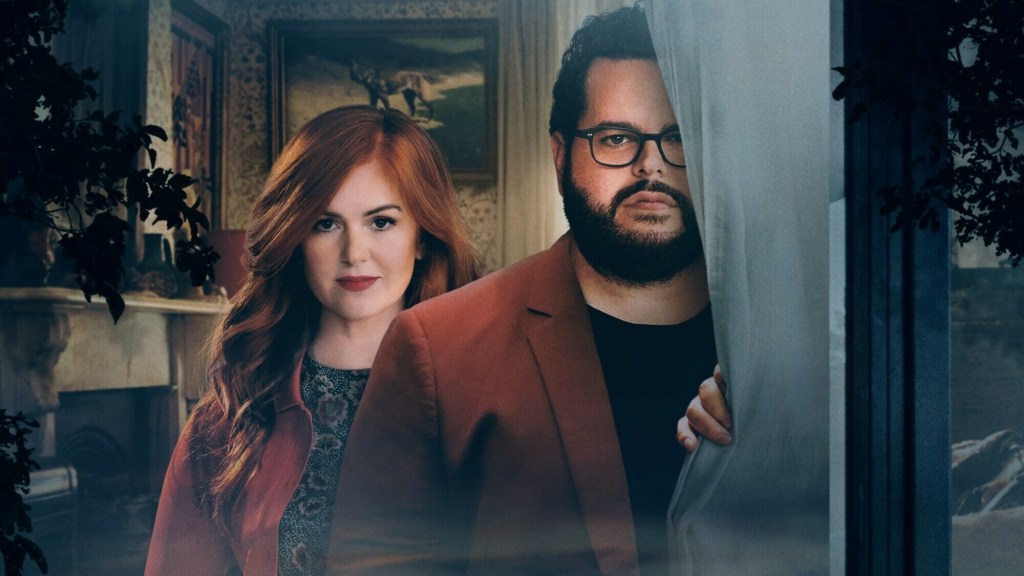 Isla Fisher and Josh Gad star in Wolf Like Me, shot in Sydney and Broken Hill. Image: Stan.

Shall we begin with a spoiler, albeit a very minor one? (One that is disclosed in the very first episode, may I add.) Wolf Like Me’s title is not a metaphor. Not entirely, at least.

The big secret held by one of the main characters in this multi-genre limited series is decidedly lycanthropic in nature. But it also stands in for any secret or quirk or character trait that one may hesitate to reveal to a new romantic interest for fear of scaring them off. This potential dealbreaker is just a little hairier than most, that’s all.

To his credit, writer-director Abe Forsythe doesn’t let the supernatural aspect of his six-episode series, now streaming in its entirety on Stan, overwhelm the story of two lonely, wounded people tentatively finding solace and joy in one another’s company. It’s a big part of it – how could it not be? – but Forsythe shows equal care and concern in conveying the connections that bring together Mary (Isla Fisher) and Gary (Josh Gad).

Wolf Like Me opens with a quote by Groucho Marx – ‘Blessed are the cracked, for they shall let in the light’ – and the motif of cracks, crashes, collisions and breakages, all unpredictable, gloriously messy and potentially dangerous, is one that runs through the narrative.

Indeed, it’s how our central couple meet: the car carrying Gary and his emotionally fragile 11-year-old daughter Emma (Ariel Donoghue, reminiscent of Saoirse Ronan in look and demeanour) is hit by the one driven by Mary, who is able to quickly, easily calm the panicked Emma in a way her father struggles to.

A subsequent visit by Mary endears the charming American advice columnist to both father and daughter, especially Gary, who finds himself opening up about his sorrow and loneliness as a widower finding it difficult to reconnect with the world in general and his child in particular.

Mary seems like someone who can help him do so (these are two people who appear immediately simpatico) but her habit of running – sprinting – away from him as the sun sets and the moon rises, returning to her home to lock herself in a fortified basement, indicates that there are a few hurdles facing this relationship.

The wolfish aspect of Wolf Like Me does require a little suspension of disbelief for the viewer, especially as it is slotted into the storyline so matter-of-factly (the very existence of a werewolf isn’t as pressing an issue as how it will affect Mary and Gary’s relationship) but once Forsythe, Fisher and Gad have established their ground rules, it becomes remarkably easy to play along.

It’s probably because this kind of deep, dark secret offers a great deal of flexibility in the depiction of the possible pitfalls in opening your heart to another: shame, awkwardness, fear. And the most valuable aspect of any relationship: trust.

The series explores this so well. The sure-handed Forsythe juggles a number of tones in Wolf Like Me, and the episodic nature of the production, which runs to a neatly bingeable three hours in total, ensures they don’t bump up against one another too violently.

The sure-handed Forsythe juggles a number of tones in Wolf Like Me, and the episodic nature of the production, which runs to a neatly bingeable three hours in total, ensures they don’t bump up against one another too violently.

And while he has a facility for droll humour, both in dialogue (‘There’s a lot of blood coming out of your dad,’ Mary casually informs Emma after Gary has cut his hand on broken glass) and visually (staging a confrontation in the middle of a suburban fun run), it’s in the expressions of sadness and hope that he shows real prowess and sensitivity.

Both leads express their inner wounds with a feeling of individuality and authenticity, like they’ve been carrying their burdens for a long time and learned to shoulder them in their own ways.

Gad’s an actor I’ll admit I’ve found it hard to warm to over the years – his comedic style isn’t to my liking – but I was very taken with his portrayal of Gary as someone baffled and beaten down by the hardship life has thrown at him, yet unwilling or unable to admit defeat.

Technically speaking, Wolf Like Me is a quality production. Kudos in particular to cinematographer Germain McMicking (Nitram, Top of the Lake: China Girl, the third season of True Detective) for his burnished presentation of the series’ Sydney (and Broken Hill) locale – the city looks cosmopolitan but cosy through his lens.

And the soundtrack cues are thoughtful and evocative, the closing use of ‘Fortress’ by Queens of the Stone Age a fitting wrap-up for a story that could end satisfactorily on its slightly ambiguous note … or continue in intriguing and challenging directions.