More Than This review: sleek and sunny TV 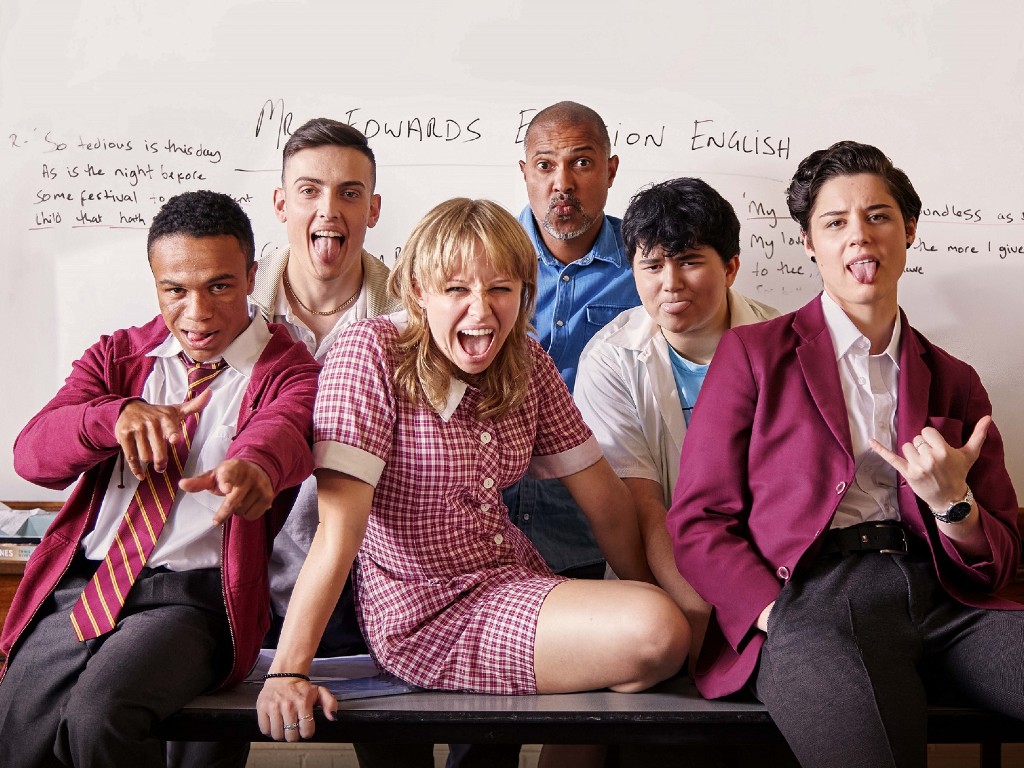 ‘Written by teens, for teens’, More Than This is off to a strong start. Paramount+.

Olivia Deeble (Home and Away, Little Lunch) is only 19, but she’s a third-generation actor: her maternal grandparents were Australian actors Reg Gorman and Judith Roberts; her mother is actor and director Kate Gorman; and her aunt is actor and producer Charmaine Gorman. So it’s not surprising that Deeble had the knowledge and confidence to become Australia’s youngest TV series creator, with her mum and aunt as producers.

Deeble developed More Than This with her childhood friend, 18-year-old trans nonbinary actor Luka Gracie (Spin Out), and wrote its six episodes in 2020, while completing Year 12 in Melbourne’s lockdown. Paramount+ has promoted More Than This for its authenticity: ‘written by teens, for teens’. While high-school dramas are notorious for casting actors much older than their characters, the main cast here is age-accurate – except Kamil Ellis (The Tourist; Nowhere Boys), who is 21.

Deeble also wanted to make a TV series that wasn’t fetishistically glamorous and depraved, like Euphoria, and that didn’t feature stereotypical cliques and ‘mean girls’, but that instead chimed with Australian teenagers’ own experiences. Thematically, More Than This doesn’t break much new ground – at various points it reminded me of The Breakfast Club, Degrassi, Heartbreak High, Skins and Sex Education. But some of its characters do break the mould of who gets to be on TV.

Easygoing Alex, who’s repeating Year 12 because his epilepsy interrupted his studies, is childhood mates with Charlotte. Her ex, Leon, cheated on Charlotte with Allegra, known as Legs (Celine Ajobong), so Charlotte hates him now, while Legs hates her.

Jamie, who’s shy and only recently out as nonbinary, is drawn to Zali, who welcomes Jamie into her queer crew – though Zali’s girlfriend Emma (Tharanya Tharan) isn’t happy about this. And while high-achieving Zali seems confident, she’s privately battling body dysmorphia, and is self-harming to feel in control.

While More Than This is being promoted as ‘authentically raw’, this doesn’t really describe the look and feel of the show. Filmed on location at Sandringham Secondary College in Melbourne, it’s frequently sleek, sunny and cosy rather than grungy or abject.

The opening montage of all five characters waking up and beginning their before-school routines offers a deft introduction to their backgrounds. This is where production designer Leon Salom and costume designer Zed Dragojlovich shine: I liked Alex’s family’s groovy ’70s split-level home, filled with plants, candles and wood textures; the over-the-top mirrors and chandeliers in arrogant Leon’s home; and the cool tones and chilly minimalism of Zali’s emotionally arid home.

But my favourite character-driven design was in the cosy, rainbow-coloured nest Jamie has created in their bedroom, with vinyl records decorating the walls, and soft toys and cuddly pillows strewn around. Jamie is beginning to resent their role as substitute parent to their little brother Max (Ewen Gorman Deeble), and so they still clearly need this childlike retreat.

What about the adults?

The most striking thing about More Than This is how harshly, even satirically, the adult characters are drawn – with the exception of Mr E, whose class provides a calm, grounding presence in their lives. When Alex wards off his seizures by buying weed from Sammy (Josh Hueston), a drug-dealing university dropout who’s tutoring at the school, Mr E finds him stoned on school grounds. But Mr E clearly sees his younger self in Alex, and takes him for a music-room jam session rather than punishing him.

Alex’s hippie mum (Hollie Andrew), on the other hand, is kind of hopeless, with her meditation sessions and gluten-free lunches – but I did observe that she sends Alex to school with an extra lunch for Charlotte, so she clearly notices Charlotte’s home situation.

Other parental figures overload their kids with emotional burdens and leave them to cope alone. Zali’s strict dad (Damien Fotiou) offers her no love or support, and seems oblivious to her obsessive bedroom workouts or that she’s cutting herself. Meanwhile, Jamie’s stressed, tired mum is unfairly parentifying Jamie by making them solely responsible for Max’s care, robbing them of their own independent life.

Deeble’s writing seems to reserve the most scorn for the school counsellor, Mrs Davies (Kristin Sargent) – an ineffectual ding-dong who meddles in the characters’ lives without really supporting them. I felt extremely perceived – and roasted – by Mrs Davies’ fashion sense: quirky glasses, dangly earrings, colourful necklaces and scarves.

The performances are all strong, but newcomer Selena Brincat impressed me most, especially in episode three. As each episode is only 25 minutes long, the show never wears out its welcome. It pops onscreen in a fresh, small, sweet way, like snacking on grapes or berries. For now, the scale is modest – but I’d happily watch more than this.