The Tourist review: an effective outback thriller with dry humour

An amnesiac on the run faces off against gruelling heat and a killer truck in this South Australian-made Stan Originals thriller.
Anthony Morris 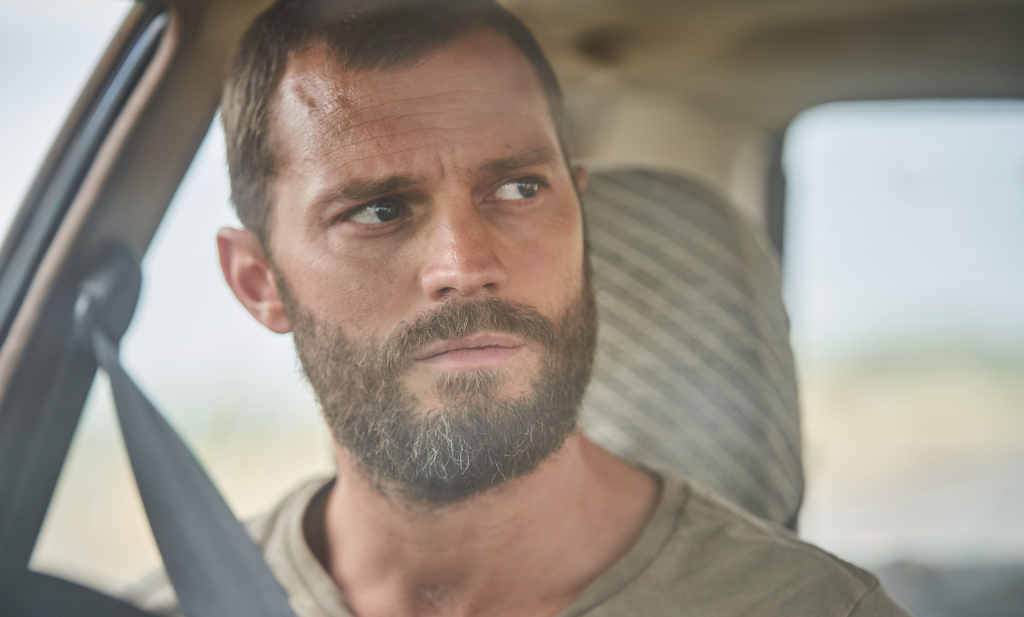 Jamie Dornan is an amnesiac on the run in Stan exclusive The Tourist. Photo: A Two Brothers Pictures (an All3Media company)

A man (Jamie Dornan) wakes up with no memory of who or where he is. Which means that he also has no idea who is trying to kill him or why. It’s not the most original start to a story, but as hooks go it’s hard to beat. But The Tourist has another card to play before the plot kicks in: it’s set in the Outback, which means dust, heat, grotty toilets, surly shopkeepers and a road sign that – in a fun bit of foreshadowing – has been scratched into illegibility.

There’s also a killer truck, which is the kind of thing that makes any drama better, and when it runs our nameless lead off the road the resulting impact wipes his memory just when he needs it the most. As the audience, we’re left in pretty much the same place as him. Aside from a fondness for singing along to ‘Bette Davis Eyes’ and a surprising lack of surprise at being chased off the road and into the scrub by the aforementioned killer truck, we barely get to know him before there’s nothing there to know.

The Tourist writers Harry and Jack Williams were also behind UK series The Missing, Baptiste and Liar (this is a co-production between the BBC, HBO Max and Stan) so the propulsive start to this six part series shouldn’t be a surprise. This runs closer to traditional pulp than their usual murder dramas, at least at first. As the mystery progresses the police turn up to do some serious investigating – though against the bevy of colourful bad guys this show serves up, they might be a little outmatched (even if one of the cops is played by Damon Herriman).

Read: TV Review: Wolf Like Me lets the light in through the cracks

Amnesia thrillers usually feature a protagonist who might just be a better person now than they were when they had their memories intact, and so it proves to be here. His car crash only requires a minimal police presence in the shape of probationary constable Helen Chambers (Danielle Macdonald), who manages to come off as innocent but not stupid, despite letting our memoryless lead leave hospital for a lunch appointment he doesn’t remember (but has written down on a piece of notepaper). It wouldn’t be a thriller if lunch went as planned, though the scale of how badly it goes wrong is a sign that even when this is following the usual genre landmarks it still has a few surprises up its sleeve.

Future developments involve more sinister antics from the mysterious truck driver (played by Ólafur Darri Ólafsson, star of SBS’s Icelandic drama Trapped), a variety of twists involving a body in a barrel (only he’s not dead), the gradual reveal of our hero’s past (seems he recently bought a stuffed koala) and perhaps most surprising after the breathless opening, a nicely dry sense of humour about things, even when those things involve attempted murder.

We’re all used to the Outback being populated with quirky, offbeat and often sinister characters, but The Tourist has the advantage of a): a quality cast all around (including Shalom Brune-Franklin as a helpful local waitress), and b): a fast moving story that uses the humour as seasoning rather than the whole meal. This can be very funny at times – a traffic jam caused by two turtles rooting in the middle of the road is an early highlight. But the focus remains the two-fold mystery: who exactly is our hero, and why does at least one somebody want him dead?

None of this would hold together without Dornan’s performance. Effortlessly moving between his character’s extremes, he’s convincing whether he’s cracking a joke or breaking down in tears. For a man with no idea who he is, deep down he seems to be a decent sort. Perhaps the biggest hook this series has is the threat that maybe this nice guy is a bastard after all.