Review: No Time to Die is a victory lap 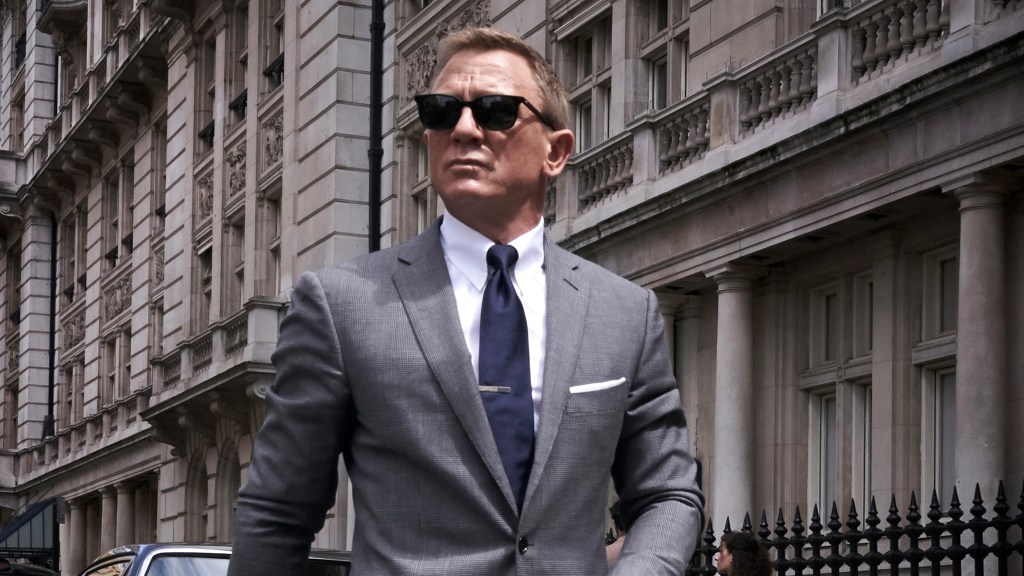 Wrapping things up in style, Daniel Craig in No Time to Die, via Universal.

The most interesting thing about No Time to Die is the thing we’re not allowed to talk about. The very idea of a spoiler for a James Bond movie is bizarre; the whole point is that, within fairly well-defined parameters, you go in knowing exactly what you’re going to get. And yet all the pre-publicity for the latest instalment asks that reviewers keep Bond’s greatest, most shocking secret a secret. So let’s just say that it’s a legitimately surprising development that’s both perfectly in tune with Daniel Craig’s version of the character and something No Time to Die itself walks back by the end of the end credits (the audience at the screening I attended stuck around and cheered when they saw it).

As the final Bond film with Craig in the titular role, it’s something of a victory lap. Old favourites return, deceased loved ones are mentioned, and the arc of Craig’s Bond – who we first met on his first mission as Agent 007 in Casino Royale – reaches its natural conclusion. After a pre-credits sequence that involves romance, at least one unexpected explosion, a pair of impressive chases through the narrow streets of a thousand year-old Italian town and someone getting on a train, it’s five years later and Bond has retired to Jamaica to do an awful lot of not much.

We’re never told exactly why he retired, with one offhand comment suggesting he spent so much time off-grid they eventually figured he wasn’t coming back. That feels about right for Craig’s Bond, a man who seemingly couldn’t commit to an adventure unless there was a personal angle that required him to shrug off the confines of being a bed-hopping international super-spy assassin and ‘go rogue’. And so it proves this time, as a request from old CIA buddy Felix Leiter (Jeffery Wright) to help investigate what an escaped chemical weapons scientist is doing meeting up with SPECTRE in nearby Cuba rapidly turns personal.

Well, it turns personal for him; on the bad guy side of things it always was, with yet another SPECTRE attempt on Bond’s life thwarted by a new bad guy with a grudge against SPECTRE. Remember the old days, when espionage had something to do with the national interest? Before long Bond’s back in London hanging around with his old MI5 buddies Moneypenny (Naomie Harris) and Q (Ben Whishaw), while M (Ralph Fiennes) scowls and new 007 Nomi (Lashana Lynch) treats him with exactly the kind of youthful distain and competitiveness you’d expect from (a) 007.

Much was made during production of the addition of Phoebe Waller-Bridge (Fleabag) to the writing team, but the Bond formula has always required a healthy gender balance and the ‘Bond Girls’ have been able to hold their own when it comes to fighting and dropping one-liners for a few decades now. Waller-Bridge’s influence seems more keenly felt with Bond himself; for the first time since On Her Majesty’s Secret Service Bond’s love life takes a turn for the emotional, with former love Madeleine (Léa Seydoux) back on the scene to dial up the angst over what might have been.

Even with a run time well over two and a half hours (which flies by) that’s a lot to pack in, and the big loser is supervillain Lyutsifer Safin (Rami Malek), who is entertainingly sinister and little else, and whose evil scheme seems to consist entirely of murdering loads of random people because why not? The important thing is that he has a secret base staffed with loads of gun-toting henchmen so Craig’s Bond can wrap things up in style.

Speaking of style, director Cary Joji Fukunaga (True Detective) provides a number of effective action scenes in the mighty Bond manner, though as is fitting for Craig’s final go round many of them feel more like greatest hits rather than anything memorably original. In recent years a number of behind-the-scenes factors have slowed Bond production down to a crawl; it’s more than possible that those running the franchise have felt it more important to use each increasingly rare film to remind people of why they like Bond than to try anything particularly new.

‘it’s more than possible that those running the franchise have felt it more important to use each increasingly rare film to remind people of why they like Bond than to try anything particularly new.’

While with previous Bonds the stunts and the girls were the real draw, with Craig in the lead the focus has firmly been on Bond himself – and rightly so, as his performance has easily been the most grittily impressive since whichever previous Bond is your favourite. Given a chance to give Bond’s career both a beginning and an end, Craig’s been bluntly effective as a hired killer driven by an innate brutality, a throwback trying to redeem himself in the arms of beautiful women.

As a character James Bond might be a dinosaur, but as played by Craig that’s been the point. The franchise constantly see-saws between wanting to be harshly realistic and an awareness that going silly is where the money is, and fans of bionic eyes and post-murder quips will not leave disappointed. Whichever direction it heads next (my money’s on silly), Craig has set the bar up a notch; whoever takes on the role next will have to leave audiences both shaken and stirred.