When adjusted for inflation, one-fifth of the top 100 films at the North American box office have music by Williams.
The Conversation 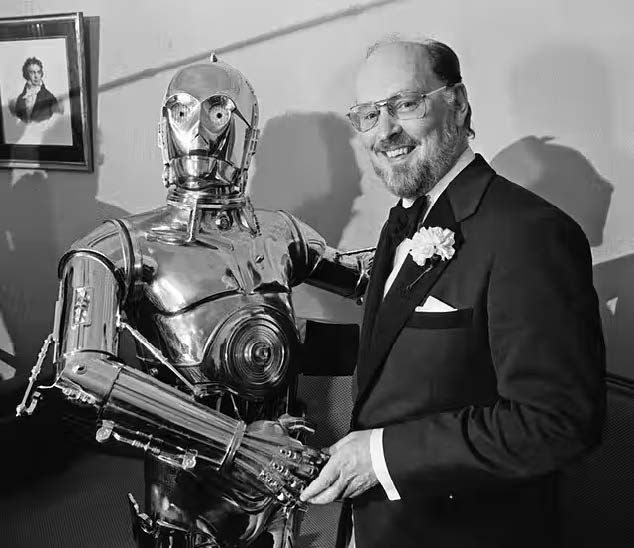 John Williams, the man who changed the way we hear the movies, turns 90 today.

As the key Hollywood composer during the blockbuster era of the 1970s and 1980s, Williams had an astronomical career alongside the likes of filmmakers Steven Spielberg and George Lucas.

With his music for their movies, Williams revived the romantic orchestral sound of Hollywood’s Golden Age – the sound pioneered by composers Erich Wolfgang Korngold and Max Steiner at the dawn of the talkies – and reinvented it for a new era.

‘John Williams has been the single most significant contributor to my success as a filmmaker,’ said Spielberg in 2012.

On the numbers alone, Williams has had a career like no other. If you were going to the movies between 1970 and 1990, every second year would have had a number one box office hit with music by Williams.

Read: So you want my screen job: Brett Aplin, composer

When adjusted for inflation, one-fifth of the top 100 films at the North American box office have music by Williams.

The sound of the silver screen

By re-energising the sound of the Hollywood orchestra in the 1970s, Williams linked history with the present. The films he is most associated with from this era – things like Star Wars and Indiana Jones – are deliberate throwbacks to an older form of storytelling.

Outside the multiplex in the 1970s, the public worried about Watergate, Vietnam and the threat of Cold War nuclear war. Inside cinemas however, with the music of Williams, was a moment of escape and excitement.

Then there are those melodies. By now, reading this article, it’s likely you’ve already hummed some John Williams to yourself or are suffering an earworm. Between his major hits of the blockbuster era and his later work like the Home Alone and Harry Potter franchises, Williams has written some of the most widely-recognisable melodies on earth.

This is no coincidence: despite the orchestral complexity of his music, Williams admits he often spends the most time devising his melodies and perfecting them, lifting a note here, lowering another there.

For the five note alien ‘hello’ in Close Encounters Williams formulated hundreds of variations before settling on the one heard in the final film.

For several of his themes – The Imperial March from The Empire Strikes Back, or Superman’s theme, for example – it feels less like Williams composed them as he simply reached into our collective consciousness and redeployed what was already there.

The art of homage

For much of the period of his success, Williams has been looked down upon by some in the classical establishment as writing simple popular ditties, or worse, as a rampant plagiarist of the classical canon.

It is no secret Williams’ music takes influence from the greats, like Stravinsky, Holst and Dvořák. Sometimes, the influence becomes direct allusion, as with Howard Hanson’s Romantic Symphony and the conclusion of E.T. The Extra-Terrestrial.

But these ‘gotcha’ comparisons are superficial, dull, and miss the point.

Read: Music is in danger of being taken for granted – screen composer Amanda Brown

‘Any fool can see that,’ Brahms is meant to have said when asked about the similarities between his second symphony and Beethoven.

Williams was writing music for films that were also deliberate throwbacks. One might as well complain about how Star Wars borrows Flash Gordon’s opening crawl, or the plot of Kurosawa’s Hidden Fortress or that scene from John Ford’s The Searchers with the burning homestead.

This is how the most popular culture of the 20th century gained its meaning: through evocation, reworking and memory.

In looking to the music of the past, Williams was not having a lend of us. He was asking us to think more deeply about what we were seeing and hearing.

Today, these complaints have little momentum. Go to any symphony orchestra and you will find at least a few players who picked up their instruments for the first time in order to puzzle out a tune from Star Wars or Indiana Jones.

When Williams made his conducting debut with the famed Vienna Philharmonic in 2019, the musicians asked him for autographs like a celebrity at a sports game.

The classical establishment can now count cellist Yo-Yo Ma, conductor Gustavo Dudamel and violinists Anne-Sophie Mutter and Itzhak Perlman as among the biggest of Williams’ admirers – a who’s-who of the elite.

At 90, John Williams is not just one of our most acclaimed living composers. With the power of the movies, and their unparalleled reach, it’s likely Williams is also now one of the most-heard composers to have ever lived.