Under new reforms, producers cannot get a tax rebate for production budgets under $1 million. Recent films in this category include Gurrumul, In My Blood it Runs, Firestarters, Brazen Hussies and Girls Can't Surf .
David Tiley 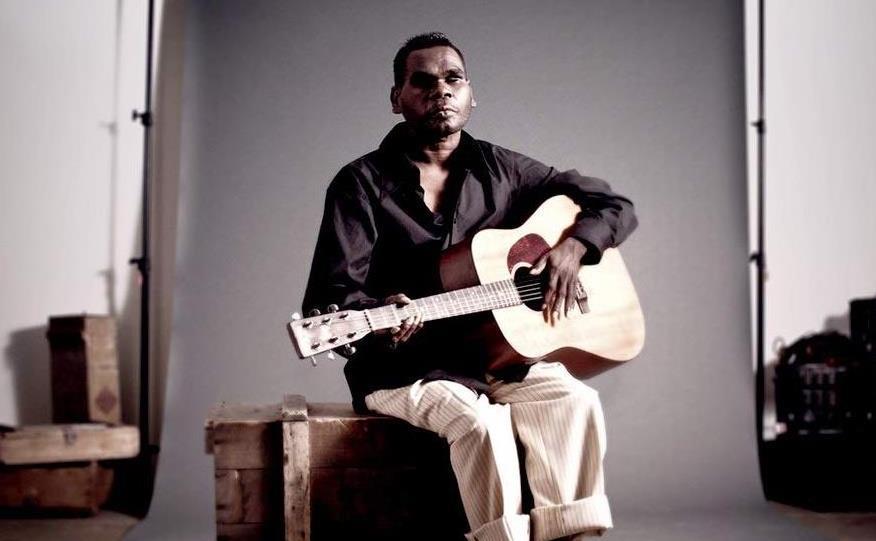 Locally made documentaries like Gurrumul provide valuable cultural insights – but they will no longer qualify for the rebate.

The industry is celebrating the government’s decision not to cut the screen production rebate from 40% to 30%. But this euphoria conceals a very ugly fact: the independent feature documentary sector is badly screwed by new changes which the government is still determined to introduce. They threaten to shift the balance of the sector away from low budget adventurous project towards the established industry. Emerging screen creators will find their paths even harder, with low budget feature makers coming off worst of all.

The most urgent action has come from documentary makers, specifically connected to feature length projects which are exhibited in cinemas. There are around twenty of these films made each year.

Documentary makers began to fight back some time ago, and began a public movement at the last Australian International Documentary Conference (AIDC), when a letter to the government was signed by 247 people, with individual letters sent to each documentary maker’s relevant representatives.

Documentary Australia Foundation CEO Mitzi Goldman, alongside impact director Clara Williams Roldan, have been in the lead with the letters and contact with individual politicians. Screen Producers Australia has been involved with the documentary working group which links the various lobbyists and argued to support the sector in all its submissions.

The nature of the problem

The Australian screen sector relies on government tax rebates on production, currently set at 40% for feature films with a new higher 30% for television from July 1. Like all provisions of the Tax Act, they are hedged about with limitations. The total expenditure on a production is limited by a division into above and below the line costs. Above we find producers, directors, writes and key cast.  Below we have the actual production costs. The total above the line claim in the 40% can only be up to 20% of the total budget. This is designed to protect the taxpayer from footing the bill for huge actor fees, for instance.  The proportion which can be considered is called QAPE, or qualifying expenditure.

The minimum threshold has gone up from $500,000 to $1 million. This exceeds the usual budget for a feature documentary, which is what producer and director Rebecca Barry calls ‘the sweet spot at around $750,000’.

For cinema documentaries and low budget feature films to qualify for the rebate, there’s a minimum threshold spend of $500,000 for QAPE. Historically, producers have been able to include business expenditure to keep their companies running. They have been able to include expenditure on Australian crews working overseas on the production. They can pay for intellectual property, which includes the rights to a book or play and to archival film. However, with the latest ‘reforms’, the government has altered these categories and refused to negotiate further, despite their impact on budgets overall.

The minimum threshold has gone up from $500,000 to $1 million. This exceeds the usual budget for a feature documentary, which is what producer and director Rebecca Barry calls ‘the sweet spot at around $750,000’. Under the new reforms, producers cannot get a tax rebate full stop for their productions if the budget is less than the $1 million. Recent films in this category include Gurrumul, In My Blood it Runs, Firestarters: The Story of Bangarra, Brazen Hussies and Girls Can’t Surf. Exhibitors say they are particularly popular in regional communities.

One of our recent favourites is Brazen Hussies, which delves into the history of feminism in Australia.

The problem gets worse. The Gallipoli clause, which allows overseas expenditure on Australian crews, has been abolished.  The amount acceptable for rights is capped at 20%, which is a disaster for archival films. Producers cannot include office expenditure in their applications.

Here is one example to illustrate the difficulties. The Surgery Ship is a 90 minute documentary by Madeleine Hetherton, produced by her and Rebecca Barry, made in 2013 and released in cinemas in 2015. It took years to set up, so office expenses were significant, with fifteen Australians on crew and a budget of less than $1 million. SBS provided a presale. From now on, that kind of project gets no rebate.

DAF reckons that feature documentaries have received a maximum of $6 million in rebate over the last five years, which has supported around $30m in total expenditure.. A substantial proportion of the other $24 million is raised through DAF from philanthropic sources, which has created a robust system of event-based screenings around causes or specialist audiences.

In the long term, this move is storing problems for the future. That low budget sector, often driven by videographers, is improving steadily. Some production companies started with this kind of film, like Media Stockade which made Surgery Ship, Tapestry Media which made three feature documentaries in succession, or Veronica Fury, who made several television films and then moved to longer form.

‘Feature docs enable you to find a place in the festival circuit and give you a global presence’ she said. ‘They are a way of breaking out into the international market. Now I find they are an addiction.’

The burden of loss falls on less experienced, emerging, or more local filmmakers – those people who work under the radar, spending their own money, shooting and writing and producing, digging into the very heart of our world.

Media Stockade was able to sell The Surgery Ship to National Geographic, and subsequently convert the project into a television series which was also run on Nat Geo. China Love, another sweet spot feature documentary supported by the 40% and the ABC with Screen NSW, has just sold to Netflix Australia and New Zealand.

Tapestry Media has a slate of projects which are probably not financeable, while producers John Cherry and Kirsty Mallyon work on mainstream projects.

Veronica Fury has just finished a feature documentary about Peter Tatchell, the remarkable activist who emerged from Mount Waverley Secondary College in Melbourne to a global stance on so many of the dilemmas of our times. The budget was close to $1 million in total, and could not be financed under the new rules. Due to Covid the production only shot for two days outside Australia, but relies very heavily on archival film, which could not be paid for either.

Mixing the good with the bad

Larger documentary outfits will benefit significantly from the extra 10% in television budgets, which is the bulk of their production. The most established feature documentary companies are spending more than $1 million anyway, and still qualify though the additional limits will be tricky to navigate.

But the burden of loss falls on less experienced, emerging, or more local filmmakers – those people who work under the radar, spending their own money, shooting and writing and producing, digging into the very heart of our world.

As Rebecca Barry pointed out, ‘We are continually asked to think outside the box for non-traditional funding models, and the sector has done a great job of that. But the rebate has given us a level of certainty which we use to find innovative production paths.’

And, she said, ‘This is a gender equity issue. Projects led by female creatives tend to have lower budgets, particularly in doco land.’

Correction: The figures have been altered because they cover five years, and not one as previously reported.