Princess Pictures, which produced the Chris Lilley shows, has withdrawn from a new series as a result of a change.org petition.
David Tiley 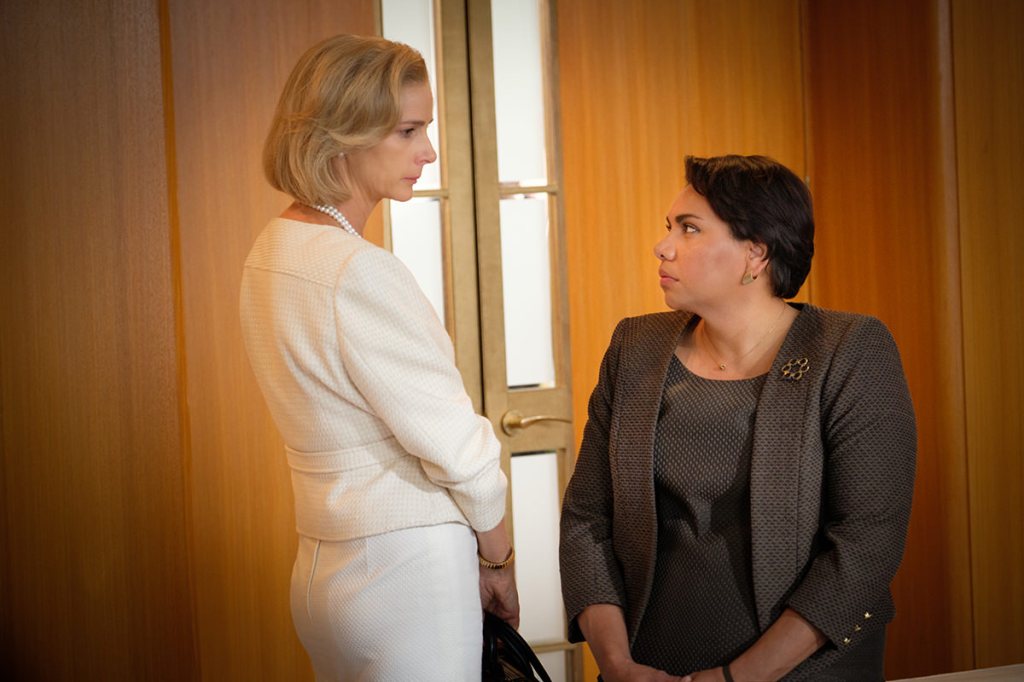 Princess Pictures, in alliance with Victorian community organisation Cinespace, secured a contract with SBS to make an anthology series called Living in Australia, also know as the migrant stories anthology series. It was to be a drama series based closely on real life stories of migrant journeys, for which Princess put out a research call.

Everybody wants to move on from the resulting mess but it did happen, and all the information is publicly available.

The arrangement with Cinespace is an important part of the deal. It is a not-for-profit based at the Footscray Arts Centre, with no agency support beyond the Maribyrnong City Council. According to the website,

Established in Melbourne’s West in 2016 as a a non-profit incorporated association, Cinespace collaborates with people from First Nations and culturally-diverse and under-represented communities across Victoria through a variety of programs to develop skills, produce work, and build communities and creative careers.

It is taking up some of the mission once covered by screen resource organisation Open Channel, with an increased emphasis on diversity. For a variety of reasons, Victoria has never had the depth of entry point and community linked infrastructure to develop the sector outside the tertiary education system; Here Out West, for instance, is a feature project embedded in Sydney and has no equivalent in Melbourne.

Producer, director and ace sound designer John Kassab became the President of Cinespace in June 2021, started as a producer at Princess Pictures in August and left his Cinespace role in October, so the two organisations were tightly and publicly linked in setting this up.

Stopped in its tracks

However, a petition was posted on change.org created by

‘a coalition of diverse creatives (First Nations, People of Colour, People with Disability, LGBTQIA+ and allies) in the screen industry.

We call on Princess Pictures to graciously step away from this project. We urge SBS to stop funding this culturally ignorant company and giving them ownership of multicultural stories.

… There are many culturally competent and experienced First Nations and People of Colour owned production companies who are working hard with little support, to create career development pathways and screen credits for underrepresented writers, directors and producers. Trust them. Fund them.

The petition recommends six useful articles about the use of blackface and the Chris Lilley television oeuvre to explain the background.

2,458 people signed it. Cinespace withdrew from the project. Princess Pictures apologised for the Chris Lilley shows and abandoned the project as well.

Some signers used their names and made comments on the site, which gives their point of view a bit more heft.

The largest organisation in this situation is SBS, which is referred to but not brought centre stage in the petition. SBS has not publicly defended its own decision, or the companies it has supported to develop the project.

Laura Waters, the original creator of Princess Pictures, described the project on Facebook.

We are developing and producing a range of screen productions that are creating meaningful opportunities and real jobs for culturally and linguistically diverse (“CALD”) creatives. Among these are an anthology series that will create 100+ jobs for CALD practitioners and where every episode will be directed and written by CALD practitioners of appropriate cultural backgrounds. We have been developing our processes for the anthology series over several months in partnership with Cinespace Inc (an organisation that specifically works to create greater cultural diversity on screen and behind the scenes) to ensure the safety of every participant in this project, the authenticity of the stories being told and the appropriateness of how those stories are being realised.

Waters has acknowledged that the Chris Lilley programs were a mistake and apologised.

I have come to understand the suffering that has been caused by some of the programs I have produced. I have not spoken out earlier as my words and feelings have felt a distraction at a time when it was imperative for others to finally have a voice. I accept full responsibility and I deeply apologise for that, and to anyone who has been harmed by my silence to date.

She argues that she has learnt from the experience.

The last few years we have seen a growing, profound and necessary conversation in the screen industry around representation and marginalisation. At both a personal and company level, I have done an enormous amount of listening, learning and reflection.

This whole story depends on the idea that Chris Lilley’s satirical characters caused harm to innocent people, who already don’t get the chances they deserve. Most viewers at the beginning thought his work was very funny, though our collective discomfort grew as he developed his characters. We came to see that his work had a toxic effect as it fed the racists and bullies in our society.

A lot of people, including me, were not very smart about this. At the very least we should have talked about these stereotypes in our culture, and our vulnerable young people should have been protected against the bullying it fed. Satire is an opportunity for a nuanced response beyond binary labelling. I hope we have all learnt a valuable lesson which goes deeper than criticising blackface.

Read: Seeing through Lilley’s Lunatics – from childish to moronic

Unfortunately, the people around Cinespace have lost the opportunity to participate. I have been told that NSW is ahead in that kind of support compared to most of Australia, because of historical reasons like the work of Metro Media and AFTRS, the energy of the Indigenous community and the presence of head offices.

True diversity is also about regionalism and needs to be addressed from a national perspective. It is noticeable that the current batch of initiatives involving SBS is casting its net widely. There is a solid bunch of people who would say that is a long time coming.

Screen Australia published a major report called Seeing Ourselves: reflections on diversity in Australian TV drama in 2016. Just over a year ago, SBS gave the issues a human face in a Feed article, Diversity in Australian Film and TV: I am limited to being a token. They demonstrate graphically why ownership and control is so important.

At the moment we are gripped by a political strategy based on counting credits and setting targets. The argument that diverse stories should be told by those ‘culturally competent and experienced First Nations and People of Colour owned production companies‘ is part of this push.

Does that fly in Victoria? The roots of diversity-sensitive production in Melbourne are deep but the modern companies funded to make the big popular shows are based in Sydney, though Matchbox is flourishing. The scene is different – and tougher outside NSW. Victorian diversity-driven productions are very likely to be alliances – which is just what has happened everywhere else, including NSW, except for companies in Northern Australia.

So far, intercultural alliances have delivered a lot of powerful work. Without it the sector would probably look pretty limp. But the notion that ownership and control should magically always belong to middle class, able-bodied White people is just plain icky.

Every time a producer approaches a broadcaster, a sales agent or a financier, the same transaction occurs. The producer will be judged – can she be trusted, will she obey the rules, will her skills minimise the risks? Worst of all – is she like me? When only one kind of person is allowed to be in control, or very close to it, you can see why activists detect a very familiar stench.

Quite apart from hegemonic prejudice, broadcasters can keep returning to the same companies in a circuit of familiar producers simply because it is easy, fun and safe. That too is a dangerous syndrome, which hits the heart of the need for diversity. How big is the list of imaginations that create Australian storyworlds in longer form drama?

The example of Victoria tells us something else that is important. Besides those production companies that turn up repeatedly, there are also smaller companies maintained quietly by producers, line producers and groups of TVC or corporate makers who are very good at their jobs. In my own research I am often amazed by the amount of work that key creatives can do and still not be taken seriously. It looks like a quiet way of protecting the goodies.

To find the right people to facilitate change and the rise of new voices, broadcasters and streamers need to dig. Maybe the answer really is initiatives rather than responding to a proposal by a single production company. SBS, the ABC and the agencies do this a lot and their credibility depends on the outcome.

I think of the history of the ABC until recent times as The White Bread Years.

Update: I used a link to Film Victoria which was not designed as part of this discussion. It is now empty, and more recent data could be different. My general point is still important and have said it in my own words.