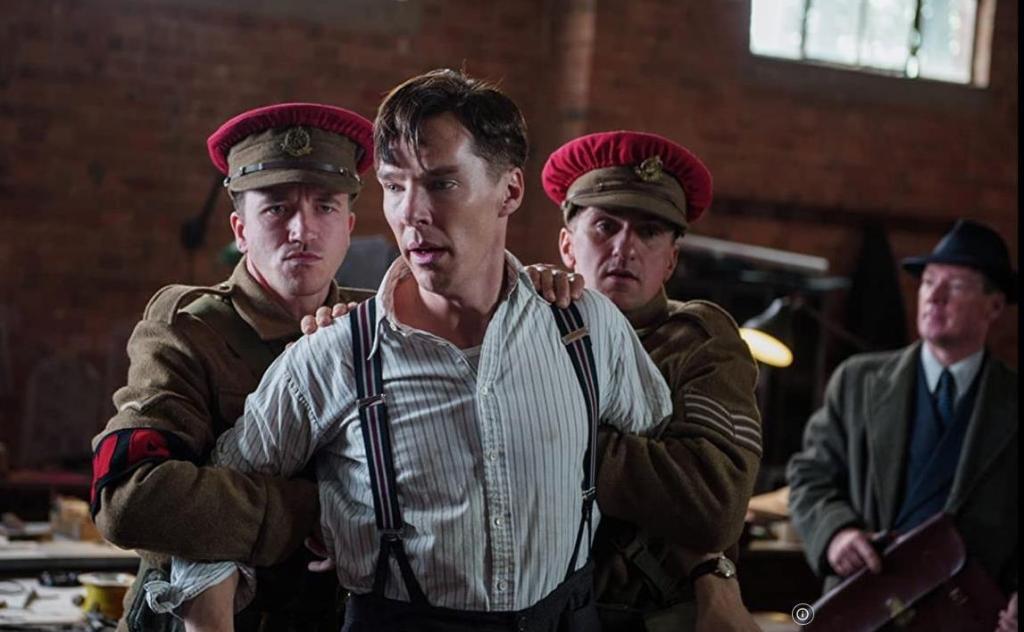 The Black List is almost a legend, a bringer of fortune – though really, it’s no more than a clever mechanism which depends on the internet. The List enables screenwriters to claim attention for their own scripts, and an international (but primarily US-based) community has formed around it, by which working executives can read unproduced scripts, and vote on them. The most liked are published in a list; writers are advised to secure paid script coverage as part of the package. The site has a blog, educational resources and records of partnerships including New Zealand and Western Australia.  Membership costs US$30/month/script.

The Black List can start a good career. Graham Moore, for instance, topped the 2011 list with his spec script for the Alan Turing biopic, The Imitation Game, which was released in 2014, and garnered him the Best Adapted Script Oscar. Mindfall is heading to production while his directorial debut, The Outfit, is hot to trot. But for most users, the list is a useful way of getting attention in a fiercely competitive world.

THE SMELL OF SUCCESS

The Black List was started in 2005 by Franklin Leonard, an American screen executive of colour. The numbers he used in his Screen Forever session are extraordinary.

‘Harvard Business School did a study last September and found that movies made from scripts on The Black List, controlling for every other factor, made 90 percent more in box office revenue than movies made from scripts not onThe Black List,’ he said. From memory, he claims that four of the last thirteen Best Picture Oscars, and eleven of the last 28 Screenwriting Oscars came from this simple device.

We should remember that films on the Black List are also circulated conventionally, and some of the most successful had already been bought for production. But, the basic argument holds true – they are spec scripts, conceived outside the usual studio development system. Studios use the organisation as a way of reaching out in other schemes, such as the arrangement based in Western Australia involving Warner Bros Pictures and local company Veerhuis.

Leonard was paired in the discussion with Benjamin Law, known for the quality of his creative work and his advocacy for diversity. The conversation was illuminating.

Said Leonard, ’The big revelation of the List is that the industry undervalues writers, and undervalues a good story well-told, which fundamentally is all any of us want when we go to the movies.’

What are the factors Hollywood uses? The bankability of stars. The scale of the pyrotechnics. The estimated appeal to types of audiences. The prejudices of overseas markets. The emotional appeal of the stories and characters. The opinions of financiers. We are talking risk reduction and bankability.

’The big revelation of the List is that the industry undervalues writers, and undervalues a good story well-told, which fundamentally is all any of us want when we go to the movies.’

The keepers of the rules are a tightly guarded self-reinforcing clique of American executives who reflect each other in ethnicity, class, education, politics, gender and so on. Inside that bastion, an original work of art is called a ‘spec script’.

‘Like, you will never convince me that people being pretty, that action sequences, that any of that stuff is ever more important than a good story well-told, and if you start with a good story, well-told, it’s not going to work every time, but you’ve got a better chance of success if you start there than you do with something else.

‘People default into this conventional wisdom that allows this triage approach to the world. This is a set of heuristics that they use to say, “this has value, this doesn’t”. And they never interrogate them. And the consequences of that lack of interrogation is a homogeneity of material that serves the vast majority of the people who are making it because they’re still getting paid.

‘But it underserves the audience because the audience is saying, “why is everything the same? I want something different. And you’re not giving it to me”…’

The role of diversity

The discussion leads us straight to diversity. Of course, he claims, the current executive class argues it just wants the best, that screenwriting takes decades to learn and is based on huge amounts of knowledge. He had fun with that idea.

‘What I try to do is interrogate their definition of best and merit. If you’re telling me we should have the best people in the room – well, tell me what you mean by “best”.

‘Is it the most experienced? Because experience does not necessarily equate with talent. Experience is about access and about who was doing the hiring, not about talent.

‘If everybody had the same access to the resources to make movies, you would see an industry that looked like the world.’

‘Is it about previous box office? Because that’s not about talent. That’s again, about opportunity plus talent. But if you want to talk about best, I’ll put my people in terms of quality and talent against your people any day of the week. And let’s have that debate. Let’s have a conversation about the samples, their work’.

He cuts through progressive posturing with a simple reply. ‘Don’t tell me your priorities, show me your budget. Words are cheap. But if your company is saying in public, “We value diversity. We believe that diversity has economic value to us as a company”, then I have to assume that you are putting in economic resources to take advantage of that value. And if you are not doing that, then you are a liar’.

‘What have you seen happen next in that process?, he asked Leonard. ‘What goes right and goes wrong in terms of the decision-making process?’

‘It’s really important to have more than one voice in the room,’ said Leonard. ‘One person can’t speak for all of a community. And I think for two reasons – when you are the only voice in the room, it is just an unfair position to be in. And you’re like, oh, I’m speaking for all black people now? I can’t  – we’re a very heterogeneous community.’

Leonard argues that producers can’t simply bring people on as consultants. ‘You have to empower the people who are from those communities to tell the stories as they see fit. And you have to trust them if they know what they’re doing and you have to back them even in failure.

‘I think what happens oftentimes is, “We’re going to bring this person on because we want to make this thing and they’re going to tell us the things that are authentic to my story. This is the way that I want to tell the story. But that [the results of consultation] doesn’t fit with our conception of what the story is.

‘So we’re going to ignore them to death and make them change it so that it no longer is authentic to what it is that we hire them to do. Right. So then it gets made and everybody asks, “Why didn’t it work?”

‘It didn’t work because you had this weird Frankenstein monster of an authentic experience that’s been pushed through a white gaze,  or any gaze. That’s not authentic and the result is not good for anybody.’

Part of this whole process is simple elitism, in which a powerful subculture valorises itself with the claim to professional experience, which is also about specialisation. The rules behind this assume that world experience, or wider artistic ability, can’t be counted.

The idea is nonsense, as plenty of projects by ‘first-time directors’ demonstrate. In the American context, says Leonard, ‘Playwrights, novelists get pulled into writers rooms frequently. And as long as they’re contributing to the breaking of the story, decisions about the narrative over the course of the season, they may not even write an individual episode. They may co-write an episode with a more senior person. They may write a draft of an episode and then get rewritten. But to have them in the room, as a part of the writing team, that certainly seems possible.’

That doesn’t deny the reality of professionalism. Creators have to prove themselves in particular forms, but the doorway needs to be open. So much depends on the capacity to co-operate, and that is about mutual respect. And meaningful respect is about understanding the true knowledge and insight which everyone brings to the creative process.