Fisk comedy returns to the ABC 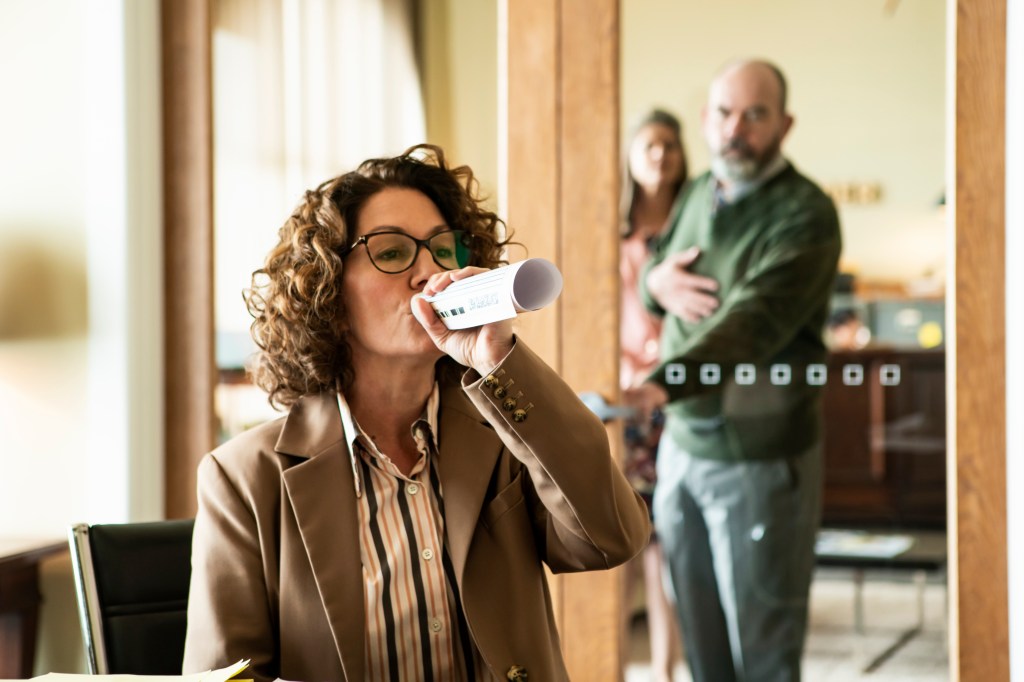 ‘Excited to be putting on the brown suit again.’ Kitty Flanagan in Fisk. Image: ABC.

Along with Flanagan starring as Helen Tudor-Fisk, reprising their much-loved roles are Julia Zemiro and Marty Sheargold as solicitor siblings Roz & Ray Gruber, and Aaron Chen as probate clerk/webmaster, George. They’re set to be joined by a cavalcade of Australia’s funniest performers in guest roles as we return to the offices of suburban wills and probate law firm, Gruber and Associates.

With Roz stepping aside to start her own mediation business (within the Gruber oﬃces) Helen is determined to take on a more senior role at Gruber & Associates. But Helen’s grand vision to become partner looks set to come unstuck when she’s featured in a current affair show hit piece, and she has to repair her damaged reputation.

Kitty Flanagan said: ‘So excited to be putting back on the brown suit again as we get ready to shoot Fisk season 2. The Gruber’s are back, Roz’s hair is back and of course everyone’s favourite webmaster is back too. Here’s hoping I remember how to do acting.”

ABC Head of Comedy, Todd Abbott said: ‘Fisk was the Australian TV sensation of 2021, which was no surprise given the sensational team of talented humans who bring it to life. Like more than two million other viewers, I cannot wait to devour another season of this joyous, sharp, laugh-out-loud comedy.’