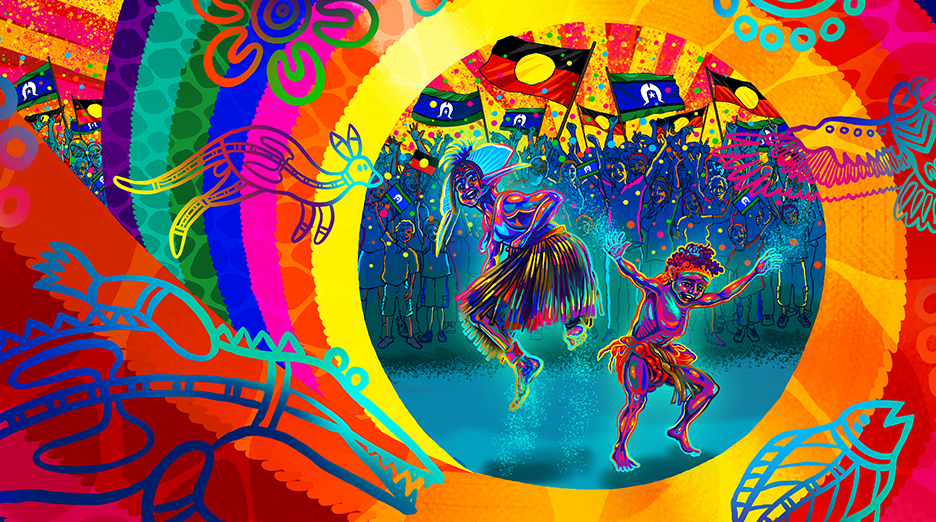 Netflix has commissioned original artwork for a curated collection of First Nations films to mark NAIDOC Week, the annual observance that runs from the first to the second Sunday in July. The week has its roots in the Day of Mourning in 1938, during which Indigenous Australians protested the multiple crimes and abuses carried out against them in the 150 years since the arrival of the First Fleet.

Luke Mallie, an artist of Australian Aboriginal and Torres Strait Island descent, has created the artwork Rainbow Serpent Dreaming, which features on Netflix’s new First Nations Forever page, which has a ‘curated selection of 30 titles centred on Indigenous Australian perspectives’.

Among the highlights are:

The Art of Incarceration (2021): At the Fulham Correctional Centre, incarcerated Aboriginal artists examine the cycle of imprisonment as they prepare for an upcoming exhibition.

My Name Is Gulpilil (2021): Celebrated actor David Gulpilil reflects on his life, including his Yolŋu upbringing, storied career, alcohol addiction and cancer diagnosis.

Gurrumul (2017): This moving documentary tells the story of Geoffrey Gurrumul Yunupingu, an Aboriginal musician celebrated as one of Australia’s most distinctive voices.

Firestarter: The Story of Bangarra (2020) This documentary tells the story of Bangarra Dance Theatre and how three aboriginal brothers grew a dance group into a First Nations cultural powerhouse.

Rabbit Proof Fence (2002): After being swept up in an an integration program for Indigenous Australians, three girls vow to escape an abusive orphanage and return home.

Top End Wedding (2019) When a diligent lawyer travels home to plan a wedding with her fiancé in just 10 days, she learns her mom has left her dad and skipped town.

Mallie, who has ties to the Kuku Yalanji Nation in the Daintree, North Queensland, and from Kubin Village on Moa Island in the Torres Strait Islands, said: ‘The Rainbow Serpent is a powerful symbol of life and creation, an ancestral being that embodies the spirit of the land and its people. Paintings of the Rainbow Serpent appear in Arnhem Land rock art dating back 8,000 years ago and it is considered a powerful presence within traditional ceremonies and gatherings.’