Indigenous Western The Drover's Wife faces off against the might of Hollywood – good thing they have different audiences.
David Tiley 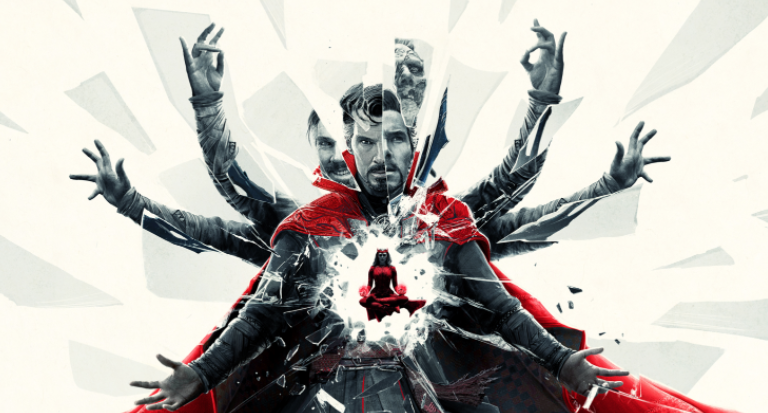 Dr Strange is grabbing everything it can. Image: Marvel.

There is one movie which is basically crushing all opposition at the moment. Dr Strange in the Multiverse of Madness has made $27.6m in two weeks even though it dropped 50% last weekend. On 774 screens it is absolutely everywhere and justifying the commitment of such extravagant real estate by the exhibitors.

It is hard to resist a package containing Benedict Cumberbatch, Elizabeth Olsen, multiple universes, Marvel, a sequel, Sam Raimi as director, Kevin Feige producing, all wrapped up in a $290m budget.

It opened simultaneously in the US and is already the second most successful film of the year. It took $267m in its first North American weekend and $88m last weekend. The loss of 67% off its 4,500 location is just slightly over the odds for Marvel pictures in week two.

In Australia, Firestarter launched this weekend, and was driven into the ground by Dr Strange. Despite Zac Efron and director and a Stephen King property, it made all of $250,000 off 228 locations. It was flattened just as badly in the US, where it made $5.5m.

BUT! This is a Blumhouse Production, distributed by Universal. It cost around $17.5m to make, so it made around 1/3 of its budget in one week. That does not count the advertising costs but it does suggest that no-on in the Blumhouse finance department is at all concerned.

Against this juggernaut, any Australian film is like a bicycle parked next to a mining truck. Roadshow, a substantial distributor and investor, gave us hope with The Drover’s Wife: the Legend of Molly Johnson, because the company has always backed its choices with a decent advertising push and prime multiplex coverage.

To find a comparable film we have to reach back a year, to High Ground in January 2021, also a gritty and uncomfortable Indigenous neo-Western. It launched on 231 screens, to make $612,000 on its opening weekend, so the total take was substantially higher, though the screen average was lower. It eventually made $3.04m.

There have been some reservations in the world of mouth but The Drover’s Wife has been the most expected Australian film for over a year, with an excellent pedigree from Leah Purcell, a key Indigenous writer, actor and filmmaker, based on a lauded play and even a novel.

We hoped for more.

Little Tornadoes snuck in this week with 13 screens and a FanForce limited release to make $23,000. This film seems to be a classic case of the Tragedy of the Littlies, a boutique film from director Aaron Wilson (who made Canopy), and written by him and Christos Tsiolkas, starring Mark Leonard Winter, Silvia Colloca and Robert Menzies.

The Triffids film, Love in Bright Landscapes, on seven screens for two weeks, has made $111,000, which is an honourable result in these times.

A Stitch in Time is hanging in to pop up on four screens, to make $225,000 in its patient 13 weeks. The documentary Carbon – an unauthorised biography is still available (check the website) and has made $6,900. Anonymous Club has taken $42,000 in nine weeks. However, Dinosaurs of Antarctica 3D has scared up $416,000 in its specialist but lucrative way over 49 weeks.

What else in Australia?

Downton Abbey has made $5.65m in three weeks and $909,000 last weekend. Around the world it has made $45m with no American or Chinese exhibition. This off a budget of $32m which says not so hot really, but it will release in the US, and will stream on Peacock. It may be a mundane performer but I am betting Paramount knew exactly what it was doing and everyone will be content.

The Lost City and Sonic the Hedgehog 2 both made $550-600,000 last weekend, proving there is life in their carcases even after the holidays. The Bad Guys is pretty close and went up by 18% last weekend, suggesting a regional push.

Operation Mincemeat – surely a terrible title – launched at number-three on the totem pole, with $600,000 off 245 screens. It is another go at the story told in The Man Who Never Was, is already running on Netflix in North America and looks embarrassingly old-fashioned but slick. Austra-Brit outfit See-Saw Films is deep in this one, and I am betting they enjoyed its simple verities compared to the heavy lifting of Ammonite, The Power of the Dog and Thomas Wright’s The Stranger. All of which are very substantial projects.

Everything Everywhere All At Once continues to trundle on, dropping its weekend take of $400,000 by all of 2%, despite the onslaught of Dr Strange which pinched 22 of its 140 screens. While the picture has made $67m in the US, it has only been released in a handful of northern European territories along with New Zealand and Australia. We have contributed $3.78m.

My bet is that a lot of territories are waiting to let Dr Strange flush through the system.

Fantastic Beasts has done much better, with $18m here in six weeks, while The Northman has taken $3.26m in four weeks.

The Unbearable Weight of Massive Talent has made $1.6m, again in four weeks, so we prefer gore to irony. Exhibitors took 124 of its 200 screens to feed Dr Strange.

WA film How to Please a Woman launches, which is yet another test of friendly Australian films and their capacity to take a boutique audience.