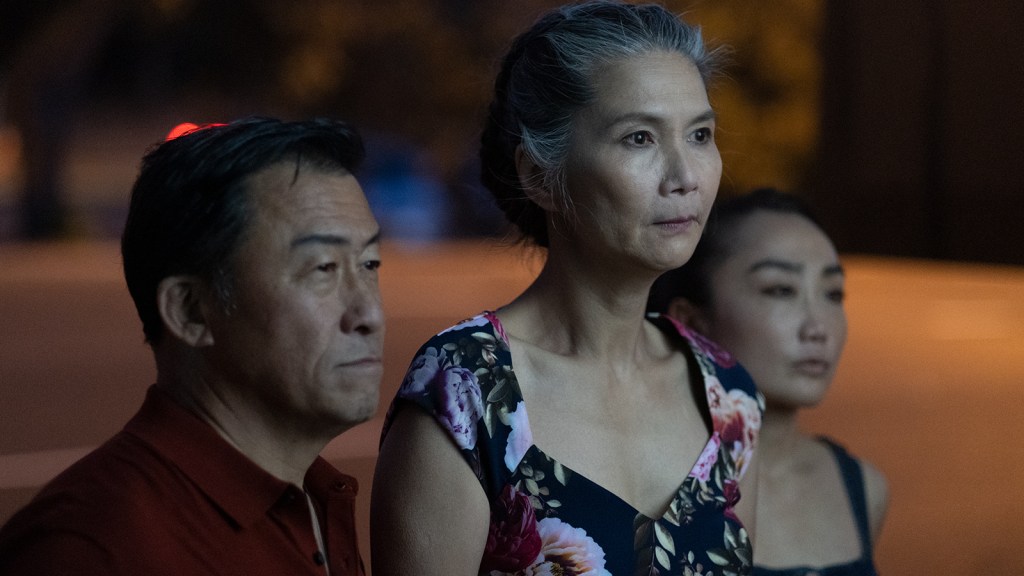 Anthology film Here Out West opened the Sydney Film Festival, which felt like an excellent choice and was received with tenderness and respect.

Speaking of course for an Australia that often gets ignored. Not part of ‘our’ collective dream. Everyone in the screen sector is surely glad that producers Annabel Davis, Sheila Jayadev and Bree-Anne Sykes made it work. Screen Australia reveals some nuts and bolts.

However, distributor Mindblowing always knew that Here Out West is a small film, and hooked 17 screens backed by a social media campaign that netted all of $20,000 and slot 27 on the box office table.

What a waste! If any film deserves subsidy with a solid marketing budget, this one does, at least to help it gain attention on the ABC and in ancillary screenings.

After grumping about the lack of new cut-through films coming out last weekend, I was ambushed by Jackass Forever. Made for $14m, pushed out on 331 screens, this reboot pratfalls itself into top slot with $2.48m in the last few days of the school holidays.

Generally speaking it was a dismal weekend. Spiderman: No Way Home took the second slot with just over $1m as it nudges towards the $80m barrier overall.

Moonfall used 328 screens to launch its ‘sky is falling’ story with $745,000, which gave it third slot. The last time the bronze medal position was taken for under $1m was the launch of Soho on November 18 2021.

Belfast opened with $606,000 on all of 106 screens, so there are positive twitches in the arthouse market.

Sing 2 is down to number 5 after dropping half its weekend box office figures to make all of $522,000. House of Gucci did its grown-up thing and only dropped 23% to make $8,63 altogether, but Screen 5 made an ugly mess on the pavement as it crashed by 50% to reach just over $6m. So it will be beaten ultimately by House of Gucci.

With the glums over the box office, some stayers are in their death throes like octopi in a sentimental natural documentary. Ghostbusters, Clifford the Big Red Dog: down 50%, The Addams Family: Road Trip, West Side Story, Spencer and Nightmare Alley also lost around 50% of their body weight.

Jackass is at number one in the Unites States with $33m so it has already beaten its paper budget. It was probably in profit with presales before it was made, given the power of 20 years of cable viewing plus five spin-offs, to use the Box Office Mojo term.

Moonfall trundled out with a classy cast, a white-knuckle expert director in Roland Emmerich, a probable budget of $200m and 3,500 theatres. It made $14m in its first weekend. Admittedly the Canadians cancelled completely, the northeast of the US was Antarctic with snowstorms, and Covid is still eroding figures. On the plus side, it is not streaming for the foreseeable future, and is rated PG.

All in all, that result has all the charm of an abandoned post-apocalypse butcher’s shop.

Here is a theory: this film is being described as batshit crazy in some circles. It is possible that audiences are thinking this will be fine on Netflix where the kids can make space suits out of cardboard boxes and moonwalk around the room. Also, audiences have realised that crazy is fine but is much better if it is done with a bit of irony, or at least a nod to the inherent silliness.

Moonfall is weirdly similar to Georges Méliès Voyage to the Moon, made in 1902.