The holidays are coming around, and we're ready to kick back and relax. Let's look at what's on while you're off.
Jini Maxwell 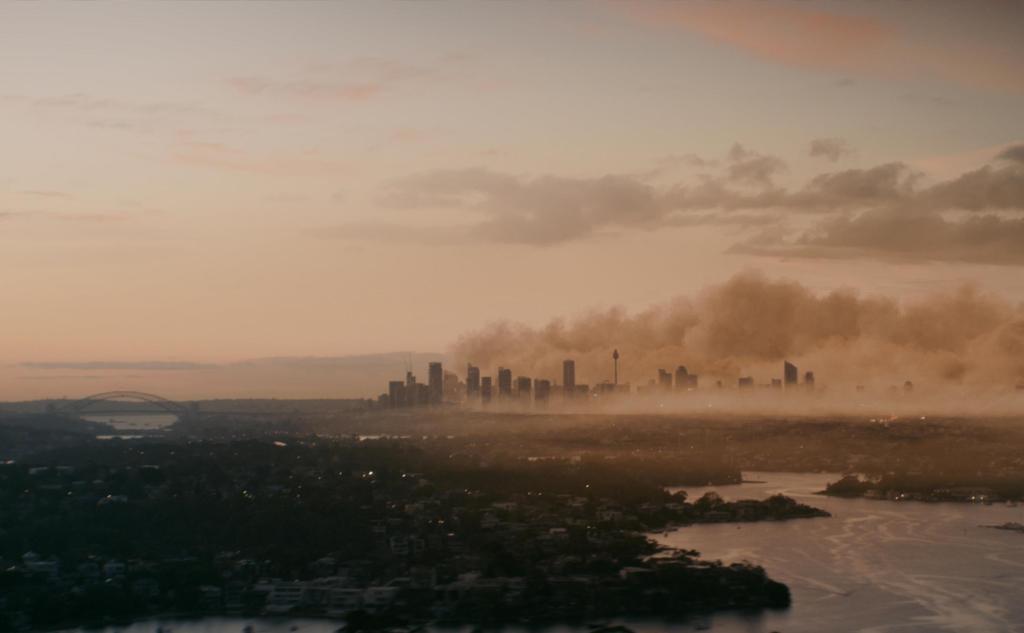 ‘The Commons’ depicts a climate-ravaged Australia of the not-so-distant future. Image courtesy of Stan.

It’s not all tinsel and bingeing in the festive season as Stan pushes out some original Australian content to stake its claim for local audiences. ABC rounds out a year of inclusive programming by focussing on disabled filmmakers before the last episode of Tracey Spicer’s investigation of sexual harassment. Foxtel brings Tim Minchin back to the small screen while Netflix delivers a sleigh-full of comedy specials.

As well as its usual lineup of classics (which will include all of Buffy the Vampire Slayer and up to season 13 of Grey’s Anatomy by the end of the week!), Stan is bringing the original content. 13 December will see the second season of The Other Guy hit our screens. And on Christmas Day, we will be given the gift of The Commons, an eight part cli-fi drama with a heavy focus on relationships.

Not one to shy away from big events, Stan is also dropping another eight part series on New Year’s Day; this one’s called The Gloaming. This tense Tasmania-based crime thriller series is the product of a collaboration between Disney’s ABC Studios International, Screen Tasmania and Screen Australia, and promises to intrigue and horrify under showrunner Vicki Madden’s expert leadership. And then later in January there’s the much-publicised True History of the Kelly Gang.

On 3 December is International Day of People with Disability, and it will bring DisRupted, a showcase of work from emerging disabled filmmakers to our screens. This exciting showcase from ABC and Screen Australia is comprised of three films that were selected following a national callout: Rocky & Me, And Then Something Changed, and The Legend of Burnout Barry.

And 9 December will also see the final episode of Tracey Spicer’s docuseries Silent No More, where Spicer investigates workplace sexual harassment and assault in Australia, as well as the ongoing impact of the #metoo movement.

Foxtel Now is premiering two original comedy series next month, starting with Upright on 1 December. The series heralds Tim Minchin’s return to Australian screens, as he stars as misfit Lucky Flynn, who takes a fateful road trip through the Australian outback, and meets Meg Adams (Milly Alcock), a runaway teenager with a potty mouth and a host of demons of her own.

Tom Perotta’s adaptation of Mrs Fletcher, based on his novel of the same name, will also hit our screens in miniseries form on 8 December.

Finally, Netflix is bringing an unsurprising wealth of Christmas media – but in between the not-so-relatable snowflakes and fir trees, there are some exciting premiers.

On 20 December The Witcher, a TV series adaptation of CD Projekt Red’s videogame franchise of the same name, will debut its first season on Netflix. The series is highly anticipated by fans of the games, and has already been renewed for a second season ahead of release. It all sounds promising for anyone hoping to fill the Game of Thrones-shaped hole in their viewing schedules.

The internet’s guilty pleasure,You, will also return for a second season on Boxing Day, for anyone who wants to come down from their holiday high with a bit of a murder-y predator, this time in LA, not New York.

Netflix is also keeping up its excellent comedy programming with a host of new specials, including new work from Tiffany Haddish on 3 December, Michelle Wolf on 10 December, and John Mulaney on 24 December. And Ronny Chieng, who has well and truly graduated from Ronny Chieng: International Student and into Ronny Chieng: Asian Comedian Destroys America! on 17 December.