What can the world’s oldest games festival teach the arts about survival?

Freeplay independent games festival has survived for over sixteen years. The past and present directors share the lessons they have learned on sustainability, purpose, and the future of the arts.
Nathania Gilson 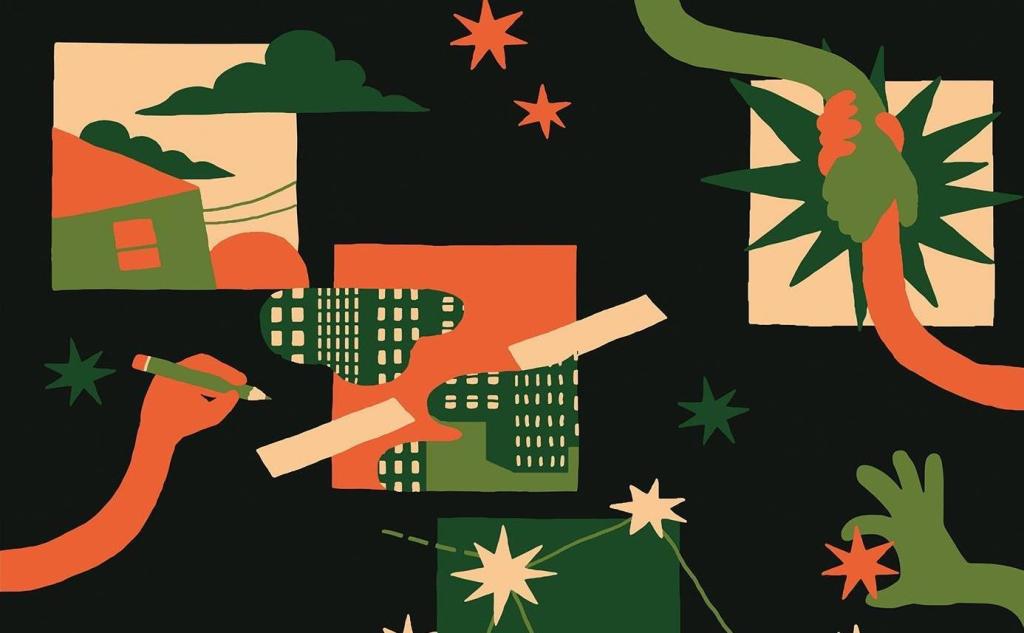 Australia’s festival landscape is shape-shifting in the wake of a global pandemic.

As COVID-19 imposes restrictions on most public events across the country, the arts industry events calendar has had to reimagine where community-building happens, and how to define it.

Independent festivals like Melbourne-based Freeplay, which celebrates and critiques game development in Australia, has had to adapt to the new world order and move from physical venues across the city to operating as online-only.

As part of the 2020 program, the festival recently hosted an online retrospective event reflecting on the past and present directors’ successes and challenges. This included a lively discussion on the role of games and game-making in the arts industry.

Co-founded by narrative and game designer Katharine Neil and festival director Marcus Westbury, Freeplay was born in an era where the games landscape was hard to describe.

Its earliest aim was to bring together 4 games-related groups who rarely got together and discussed industry issues: indie developers, professional developers working on console games, new media artists experimenting with games tech, and the mapping and modding community.

A recent Order of Australia Medal recipient, Westbury remembers of the early 2000s: ‘There was a yearning gap in the cultural landscape for something that treated games as culture. Both from the point of view of people who made [them], and from the point of view who consumed, participated, and co-created [games] in different ways.’

According to Westbury and Neil’s co-directing experiences, the opportunity Freeplay had was three-fold: in ‘shifting power’ back to ordinary game developers and creators rather than to the most commercially successful, encouraging a culture-led view of gaming rather than industry-led, and ‘closing the gap between peoples’ creative ambitions and what they were actually getting the opportunity to do.’

Read More: The Quest to Make a Truly Australian Game

WHAT FREEPLAY GOT RIGHT ABOUT COMMUNITY ORGANISING

Over the years, Freeplay gained a reputation for spotlighting and celebrating grassroots games makers, and artists on the fringes rather than mainstream commercially successful game developers.

Although Australia has been home to many well-known games studios such as 2K Australia, Krome, Melbourne House, Team Bondi and Blue Tongue, Freeplay wanted the right to critique the state of the industry, its power structures, ethics and sustainability.

Lee, who hosted the hour-long retrospective Director reunion panel, acknowledged the responsibility that came with creating culture as festival organisers, and not just thinking from the perspective of gatekeepers, but of artists and makers: ‘There’s a type of condescension inherent to revolutions,’ he points out of the hypocrisy sometimes faced in community organising. ‘You do actually hold the keys to the kingdom. You have to balance out those things [because] you might still prop up the things you profess to be against.’

Current Freeplay Director Chad Toprak, speaking to this year’s festival theme of “Belonging” believes that community care – rather than the celebration of individual achievement – is essential to building a sustainable festival audience.

He points out that there are important questions to still be asking while navigating a global pandemic and social isolation: ‘How do we make sure we’re not leaving good people in our community behind? How do we make sure that people are doing okay?’

In the last decade and a half, Freeplay has dealt with many challenges, including articulating why the festival should exist – and continue to serve new audiences every year. Westbury says of Freeplay’s early years that he and Neil struggled to ‘define a landscape that wasn’t there,’ ‘figure out who [the] community was’ and ‘make sure our venue didn’t collapse.’

Director Paul Callaghan also pointed out the struggle in seeing the limitations of your own lived experience as a festival director. Year after year, Freeplay continued to ask questions around diversity, inclusion and access – and was an example of how a festival could ‘apply pressure’ in those areas by pointing out the tensions and unresolved issues that affected both games workers and enthusiasts.

Callaghan also remembers struggling to transform an unwilling attitude on the part of commercial stakeholders to engage with Freeplay on what it was trying to do by establishing gaming as a non-commercial practice. Across the board, all the Festival Directors on the panel agreed that festival funding had been a real challenge from the very start.

Toprak pointed out that over the years, Freeplay functioned on a grant-to-grant basis. This level of uncertainty was often a huge burden for its directors. While, according to Callaghan, the scale of Freeplay didn’t always match how much money could be raised from different sources, a new era was defined when the festival received its first round of federal funding in 2019 through the Australia Council for the Arts.

Freeplay, in its early years, took inspiration from arts festivals in Australia such as the Emerging Writers’ Festival and Next Wave: events held over multiple days that carved out a public space beyond the “industry bubble”. The festival also actively sought to be anti-elitist and welcomed in people who hadn’t seen or heard of the things mentioned in the program, but inviting their participation.

Now programmed as an online-only festival, Lee pointed to the importance of continuing to ask questions as a way of changing how the industry is shaped, not just presenting it as it is: ‘Who gets to control the dominant narrative; who gets power? How do we redistribute that power? What kind of game making practices do we hold up and celebrate or prioritise?’

Dan Golding, who saw Freeplay through as director during the 2014 Gamergate controversy, spoke to the importance of creating safe spaces, uninviting hostility, and ‘providing space for new and emerging leaders’ as the old guard moved on from their position.

Neil spoke to the importance of defining a vision for a festival, and having the guts to take on the challenge in the first place: ‘Think about what independence means in Australia at that [particular] time in games development.’

She was especially passionate about encouraging those considering the task of taking the helm of a festival, even if they were unsure of their abilities: ‘To any women and people from marginalised communities, or underconfident people out there who are thinking, “Maybe I could run a festival,” if you want to be a game designer or programmer or writer, just do that. Be the creative director. Be it now. Be confident. Let dudes do all the handmaiden stuff.’

Westbury encouraged festival producers and arts workers to make things for the present moment, and always look ahead. He encouraged arts festivals to ‘find voices that aren’t being heard in discussions that aren’t being had. People who have ideas and imaginations and issues that need to be heard. It comes with a responsibility to represent [those voices] well and a licence to reinvent it with the times.’

Meanwhile, Callaghan points to the importance of embracing conflict as a form of growth:

‘Think long-term. Change is a long process. Think of what tactics and interventions you can make now, to make that change. Trust your gut. Don’t be afraid to fight and challenge the status quo and create tension.’

Lee echoed the sentiment, speaking as a former first-time festival co-director with Katie Williams, after seeing Freeplay through in 2014. He believed in a duty of care – both to the community, and to the self – but also one of embracing chaos in uncertain times: ‘Mess things up. Burn systems down. Dismantle things that are unfair and unjust. Break things for the sake of it, so we can find out how things work.’

Nathania Gilson is a Melbourne-based writer and editor. Her work has been published in the Guardian, The Saturday Paper, Bandcamp Daily, ABC Life, The Big Issue, SBS, VICE, Junkee Media, Kill Your Darlings, GRIFFITH Review, Meanjin and others. Twitter: @unicornology