Clever numbers reveal the most honoured shows on Netflix. Top of the list is Breaking Bad, loved all round the world.
David Tiley 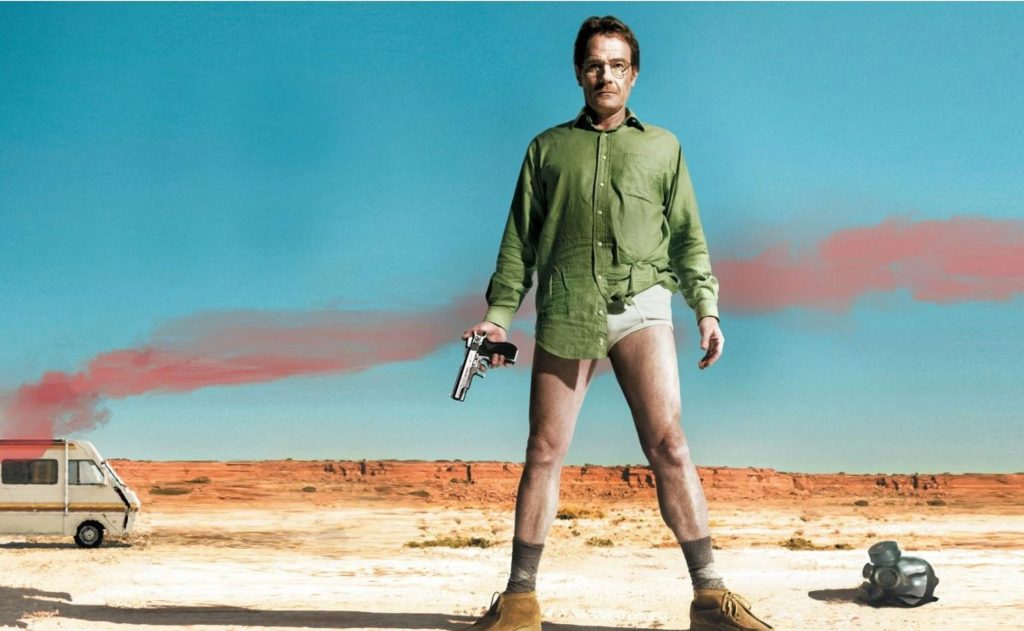 Breaking Bad is the most respected title in the Netflix catalog.

We at ScreenHub wade through a lot of statistics so you don’t have to. Often the work is depressing as we hunt for the positive directions our sector needs. A UK company called Uswitch sent us a statistics release which is actually fun and clicks neatly into our sense of humour. Along the way it provides a link to a fascinating database, called latest Netflix data with thousands of attributes which geeks and producers will pore over for hours, entry by entry.

It covers categories like actors, genres, tag lines, culture, language, release dates and production companies. In one handy place, we can find Rotten Tomatoes, Metacritic, awards and box office. It covers heaps of languages, and the cultures where they are rated. So, we can see where Korean films on Netflix, for instance, are showing up around the world and where they rate most highly.

Uswitch wanted a way to compare the quality of the offerings on each country’s Netflix catalogue. This is important because some people (us) think that we are fighting a desperate battle for art and against cookie-cutter sludge. All the evidence suggests that algorithms are just a twisty pipe towards mindless, repetitive conformity.

Who wins the popularity contest?

So anything that helps audiences find quality and praises artistic excellence is valuable. Can we subvert the cookie-cutter paradigm with statistics? Probably not, but it’s heaps fun to try.

Uswitch extracts from that spreadsheet a) the whole catalogues for each country b) the IMDB ratings for those projects and c) all their award wins and nominations. This is mashed together by some other kind of magic to create a score out of 100, which are then listed out to find the most enticing offerings in each national catalogue.

You can imagine how weird that gets. What is the value of the ‘Hoboken Critics Society Best Use of Vegetables in Film Award’ compared to ‘Sapporo dōkyō eigamatsuri saiyūshū kowa eiga-shō. (AKA Sapporo Taoist Film Festival Best Scary Movie Award)’? We hold this truth to be self-evident that the judgement of American pumpkin farmers is less valuable than ruthlessly trained Japanese monks.

Indeed, there are warnings all over the internet about using IMDB ratings or the Tomatometer etc. Here is a basic description of how they work.

But it turns out that the boss country in this list is indeed Japan.

Interestingly, 50% of the top 30 list is made up of European countries, with the United States only just making an appearance in 29th place.

By filtering the statistics, Uswitch has a list for movies. The Czech Republic rules, followed by Japan, South Korea, Hungary and Germany. The top titles in the Republic are The Dream House, (IMDB score of 9.4), Shawshank Redemption (9.3). The Godfather (9.2), The Consuls Son (9.1)  and Green Gold (9).

Just looking at TV, we find that the UK storms ahead by over five points out of a hundred, leading a tight cluster of Belgium, Thailand, Singapore and Switzerland. The US is at number 8 and we are off the list.

What about the total number of titles?

They tend to keep roughly the same number of titles, but this does suggest that Netflix offers more variety outside the US. That may be a function of rights, or that the business does better by compressing consumption into fewer titles which probably creates a more communal experience.

Having teased the results out this far I have to accept that the definition of best here is not how I view the world. There is no arthouse content in these lists at all. However, the release does offer some redemption.

By filtering for awards without IMDB or Tomatometer etc, we get this:

Parasite, with a total of 300 award wins, is the most awarded piece of content in Japan’s Netflix library. In second place, it’s the critically acclaimed drama ROMA, racking up 251 awards and in equal fourth it’s 12 Years A Slave and La La Land, both with 242 award wins. In fifth, it’s the adventure thriller, Mad Max: Fury Road with 241 award wins to its name.

Just looking at films, the arthouse list from the winning Czech catalogue is pretty similar though Parasite is missing, everything else moves up one and Gravity arrives at number five.

Anyone who sees Netflix as a taste enhancer is living on another planet. Netflix has similar-sized catalogues around the world. Netflix does get some value from its soft arthouse films, bolstered by the Oscars.

The walled garden of Netflix is aligned with the US industry and its products dominate the market.

How Netflix and its competitors improve their quality is less direct. Producers who want to grab that market are creating classier projects, raising the bar and making audiences more aware of tackiness. Or so we hope.