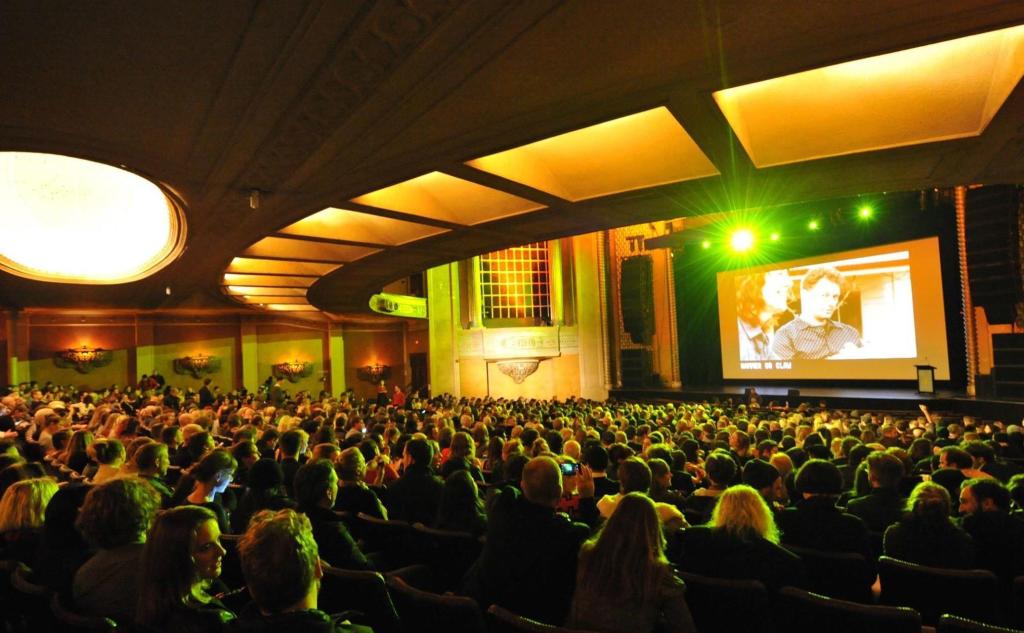 ‘Two years ago, the Cannes Film Festival was banning women with open toed shoes on the red carpet and now they are on YouTube. How quickly things change.’

Richard Sowada is one of the thinkers in the Australian film festival world who stitches his income together from a variety of independent projects. He took over the St Kilda Film Festival last November with a remit to think laterally about its role as it transitioned from the previous leadership of the legendary Paul Harris.

As the Mayor of the City of Port Phillip, Councillor Bernadene Voss says, ‘There is a reason why we keep doing it, and that is our Australian filmmakers keep demanding it. We had 598 entries this year. And we are going to continue to support the severely impacted film industry, and give them a vital voice.’

The festival was set up when St Kilda hummed with musicians, artists and film students in its low rent share households and flats. Now they have been gentrified away, which leaves the film festival looking a little odd. But, says Voss, across the wider council area there is still a strong screen presence. The focus has shifted to South Melbourne and picked up a significant games component which will ultimately affect the festival.

‘From my perspective, COVID-19 was a perfect storm,’ she admits. ‘It made Council innovate. If we didn’t have COVID-19 we would be doing almost exactly the same again with a few tweaks.’

Right now, the Council is hosting possibly the most completely rebuilt short film festival in the world, though others will surely follow. Like any other streaming service it is not location dependent, so it will be available nationally, though it will be geo-blocked to Australia.

Fortunately, Sowada has already pushed for change in screen exhibition. He is the force behind The Revelation Perth International Film Festival, which has been experimenting with a permanent streaming service, is based in the indy sector, and is under the same pressure.

‘You know we’re not in a position, certainly with the film festival in WA, of going, “Oh no, we’re stuffed!” We’ve been really active and proactive. So we’re in a really good position of being able to do a physical event later in the year in July, so I was planning for that. There’d be 20 feature films and feature documentaries and such, and we were looking at professional delivery services.’

Unlike other festivals which have been using the NZ streaming service Shift72, Revelation needed a system which was purpose built for festivals. Neither YouTube or Vimeo have proven versions of the special functions a true film festival needs.

For any small film festival looking to exploit the digital options in a deep way, there are really six temptations:

Festivals have already assembled parts of this general picture. Online ticketing is magic, guests speak on Skype, applications are made online, and some festival archives are being re-used.

To create a true digital future, the system has to be robust and scaleable. ‘You want an engine with power,’ Sowada says. ‘And you can fix it with a hammer.’

‘We are in a good position of having worked online with our on-demand platforms for the last five years. So, we know how it works and how much time it takes, we know what the market can withstand in terms of what people are prepared to pay. We know physically how long it actually takes just to put it online.’

All that knowledge has been integrated into the long memory of the St Kilda Film Festival and its particular audience. There is still much to be finalised, like the details of the content management system. Sowada expects to run the 100 Best Shorts over around 17 programs along with an intensive education day, panels and masterclasses, which is all familiar to its loyal audience.

WHAT ABOUT OPENING NIGHT?

The question of the opening night is still in the air. Traditionally some 3,000 people turn up at the Palais Theatre on the foreshore, often in the rain after raiding the op-shops for frocks, to listen to speeches and meander around the deco paradise of a historic venue. It is the largest meeting point for the St Kilda community each year and most of these residents don’t go to the rest of the festival.

The festival has decided the screenings will be free. At the same time, the filmmakers will receive a streaming fee. And all the entry fees will be refunded.

‘We’ve nullified our income and increased our expenditure and trying to build a sustainable industry by providing funds back to filmmakers,’ says Sowada. ‘That is a real commitment by the St Kilda Film Festival, and they didn’t think twice about it.’

This sounds like financial suicide. According to Mayor Voss, ‘We have a budget for for this film festival and to go online is actually significantly cheaper than holding it in person. We don’t have to pay for opening night at the Palais Theatre, which is an amazing experience and I’m going to miss that. If we do it next year it will cost even less again because this is the setup year.’

The Port Phillip Council has been told by government that public festivals will probably not be allowed for the next two years.

However, both Screen Australia and Film Victoria are helping to finance the festival and have accepted this model. Patrons will be asked to make donations to charities, which is the same model that the Global Film Festival run by 20 major film festivals through Tribeca is using on YouTube.

Read: Today We are One: Sydney Film Fest in online global gesture of defiance

The Council is shaping the festival as part of a wider effort to support its local artists through COVID-19. According to the Mayor, ‘That’s what we’re calling our three pronged rescue package for the art sector. The biggest part of that is continuing with the short film festival. Some of the money we’ve saved by going online we are going to put into a grant [program]. $130,000 will be used specifically for supporting artists and small arts organisation. And the third prong will be a 3D exhibition tool for online exhibitions at our gallery, St Kilda Town Hall, and other galleries free of charge.’

Beyond the overt changes, Richard Sowada is driven by a desire to curate the St Kilda Film Festival pretty tightly.

‘We are making a commitment that we want to show your movies and we want to show them in an intelligent, high quality way. For the viewer there will be a real sense of curatorial rigor in the programs, in the way that they work, and talk to audiences. So none of that is compromised by moving to an online platform.

‘We are interrogating the platforms on quite a high level as to their commercial functionality, and we will pass this on to the industry. None of this is secret knowledge. It is very important from the Council perspective that we remain of service to the public.