Our updated 2020 calendar of film fests around the world 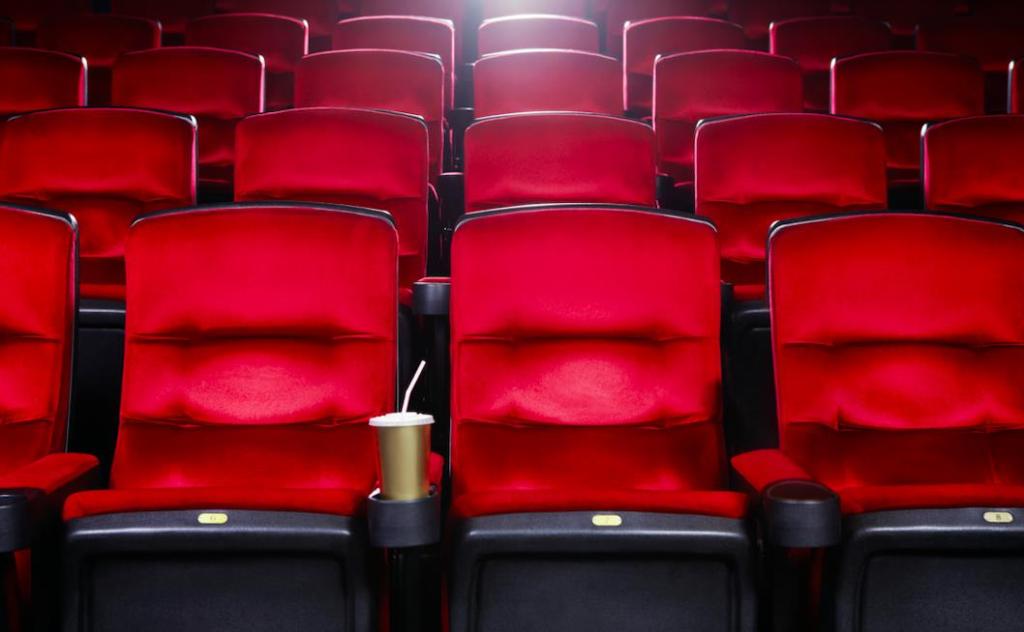 Working the festival circuit for fun and profit is a time consuming activity which requires cunning and the right marketing assets. No surprise that experienced producers treat festivals through a sales and reputation lens. The story of 2020 has become an extraordinary saga of instant reconstruction, the collapse of audience borders and the first forays into online delivery.

20 of the world’s top festivals banded together to create a global event, which led to some wonderful interviews and discussions released from the vaults. The Sydney Film Festival ran a skinny version to show the flag for arthouse; like many other events it was able to offer the same prizes, all leading to Academy consideration.

Little did we know that the winners’ list would lead in a short but intense controversy.

In March Hong Kong Film Festival was dislodged from its original slot and moved to August with aplomb while the place itself was transformed by political upheaval.

And of course none of us anywhere really know how hard we will be hit by the economic costs.

We’ve kept the first half of this list as a historical record and a grid of the great festivals over the year. Scoot through to July to find the Covidian realities for the second half of the year.

Short film festival Flickerfest ran in Bondi. Perfect for emerging filmmakers who are a key audience.

Sundance Film Festival ran in late January. It has interesting digital events, lots of queues, tons of snow, plenty of prosperous locals and a lurking sense of capitalism.

Slamdance ran at the same time across the street from Sundance as a true celebration of raw indy. The rules are oppositional and the vibe is community.

Clermont-Ferrand International Short Film Festival is a key moment in the life of cinematic poets and came in under the wire on Saturday 1 February to 8 February. For one sweet week you could believe everyone in the world makes films. A delight, an ego boost and definitely a bucket list fest, along with Annecy.

Berlin Film Festival aka the Berlinale ran in late February at the coldest possible time. It drips prestige and Berlin is Berlin. Most important for Australians is the Generation program which has a unique approach to young audiences in dialogue with fllmmakers. It is sympathetic to Australians and has provided wonderful prizes for short filmmakers.

Panafrican Film and Television Festival of Ouagadougou is the biggest meeting place for African filmmakers and occurs every two years in Burkina Faso. Next edition is in 2021.

SXSW in Austin was scheduled for 13-30 of March. Some claim it is the natural successor to a senile Sundance, and it has a strong Australian contingent who don’t like stuffy. The town explodes with people as the fest combines film, music and digital. Said to be a great place for people to exchange and develop ideas in a creative frenzy. Probably the funnest fest in North America. In fact it went digital at the end of June.

Hong Kong International Film Festival, which pioneered the Asian film festival movement, was scheduled from March 24 to April 6, and rewards cultural curiosity in changing times. Who knows what will happen to it now?

Beijing International Film Festival rises up ten days after Hong Kong finishes. It showcases lots of executives and stars, seeks to promote international co-operation, is bankrolled by the municipal government and is in hot competition with other Asian festivals. Like Shanghai. Didn’t happen except internally online.

Gold Coast Film Festival runs from 15-26 April on (where else?) the Gold Coast. It is instinctively mainstream, which makes it valuable for younger filmmakers as an induction point into the working culture of the industry. Some attendees have actual mortgages. It actually announced its winners online in May.

Tribeca Film Festival is a great New York experience, officially started April 24.  It has been a happy hunting ground for distributors wanting more indy or more localised films.  It hosted the Global Film Festival with 20 other fests.

Cannes Film Festival runs in mid-May. It is the big kahuna of festivals and worth seeing as a cultural phenomenon at least once. Remember that it is actually several events scrambled together which vary a lot in prestige, and the market can be very, very tacky. Ignore the regular predictions that it is stuffed. In the event, it advertised the selection and had some awards.

St Kilda Film Festival starts in late May. Exclusively dedicated to shorts, plugged into the international short film fest network, it runs a lot of excellent sessions. Again, this one is heaven for emerging filmmakers. Went online.

The Annecy Festival, which takes over an entire town in France, is the biggest and bestest of the animation festivals and a source of deep magic. Ditto.

Melbourne International Animation Festival jostles for space at this time of year. The 2020 version expected at the end of June. Cancelled. Splat.

Shanghai International Film Festival blasts off on 13 June and brings the real Chinese deal to cinema culture. It will certainly show a different range of films with a different type of audience. In fact it has been postponed, perhaps to the end of July.

The Vision Splendid Outback Film Festival in Winton planned for 26 June-4 July. A purist event  focused purely on Australian films in the iconic central Queensland outback. Ace atmosphere and a strong connection to Griffith University students. It will happen in September.

Karlovy Vary International Film Festival in the Czech Republic is a popular favourites with hardcore cineastes. Instead of its original dates of 3-11 July, it will now run online, 6-8 July.

Melbourne International Film Festival caused a stir when it cancelled its physical festival, which was slated to run 6-23 August this year. This year, it foregoes its physical festival to run MIFF 68 1/2, a ‘reimagined celebration of cinema online’ that streams across the same dates as the original festival.

Cinefest Oz is a serious WA fest leavened by lifestyle celebration which runs on a mixture of professionalism and energised locals. With the most valuable film prize in the country, it guarantees a range of Australian films with local audiences far beyond the inner city bubble. The festival may have reimagined its program in light of the pandemic, but unlike many others, it will still run from 25-30 August in cinemas; in fact, it is slated to be the first film festival in the country to return to physical delivery.

The month opens with the Venice Film Festival, oldest film festival in the world, beloved of Screen Australia, and one of the ‘big five’ film festivals internationally. Held on The Lido, an island in the harbour, it is pretty breathtaking and worth it just as a bucket list moment. The 77th iteration of the festival will run 2-12 September.

Fantastic Fest in Austin is the biggest genre festival in North America from 24 September to 1 October.

San Sebastian International Film Festival kicks off on the 18 September and slides to a reluctant halt on 26 September. Bucket list enjoyable with a refreshing Iberian slant on the business side.

Toronto International Film Fest have reimagined their festival in a new program that combined physical with digital screenings. Originally slated for 10-20 October, the festival has been brought forward to 10-19 September. Very popular with Australian producers for sales and prestige; for the rest of us it can be an excellent place to see a film with a strong community backed by astute resources. It can also be overwhelming, so go there with intent.

Darwin International Film Festival will also be running a physical festival  is one of our hedonistic favourites. 18-27 September.

Brisbane International Film Festival have been a little tight-lipped on the subject of their 2020 festival, which is still slated to run 1-11 October. The festival was already undergoing significant changes as it settles into its role as an extension of QAGOMA, so we await further updates with bated breath.

Busan International Film Festival is now running from October 7 to 16, in the Busan Cinema Centre and Haeundae area. South Korea has an excellent local industry with very high domestic support, and that support is made manifest in this incredible festival. If you have to pick one Asian fest this is probably it.

Sitges in Catalonia will scare you silly from Oct 8-18. The festival is another Screen Australia fave for all the good reasons. It may be the best fantasy and horror festival in the world and what better place to host it than a town in northern Spain?

Adelaide Film Festival runs from 14-25 October this year. It is projected to run in a physical formal, provided that restrictions in South Australia continue to ease.

Sapporo Short Festival in Japan is well-established and respected, and runs 14-18 October. Having run a series of creative digital events, their main festival remained scheduled for physical delivery for these dates.

But there’s some sad news for October, too: the Gympie Heart of Gold Short Film Festival, will not run this year. Though it’s a popular favourite with locals and visiting cinephiles alike, the Board made the prudent decision that the pandemic was putting too much pressure on the staff, and that the prudent decision would be to shut up shop for 2020. We look forward to seeing this gem return in 2021.

The Tokyo International Film Festival is still slated to run from 28 October to 5 November, but the staff and Board have been careful to note that in case of worsening health risks, they will consider postponement or cancellation of the 2020 festival.

This is brave. Travel to Toruń in Poland just as winter descends and you are rewarded with the magic of a festival for cinematographers. EnergaCAMERIMAGE starts on 14 November and runs for a week.

And finally, Revelation Perth International Film Festival is a long-standing niche for alternate and purist material leavened with the new, the curious and the plain surprising. A long way to travel but valuable for developing a personal cinematic voice. Runs from the beginning of July for 13 days. It has been moved from July of this year to December. The new dates are 2-13 December, 2020.

Any suggestions, updates, or corrections?
Email at editor@screenhub.com.au and we will continue to update the list.