Oscars 2021: Our expert’s predictions, from Nomadland to Minari 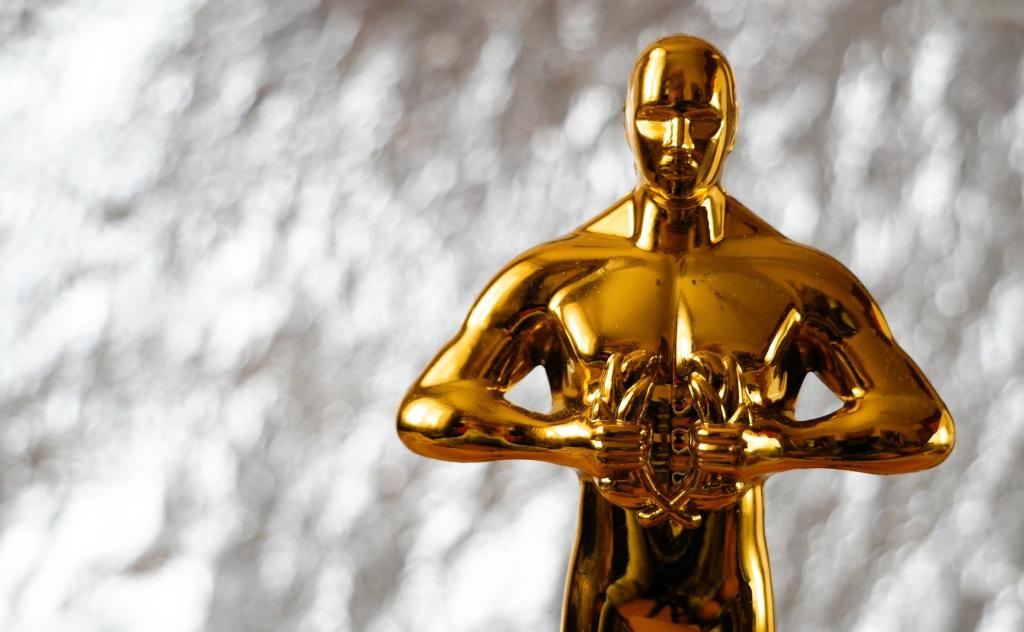 Nomadland‘s Chloé Zhao is a favourite for Best Director; she would be only the second woman, and the first woman of colour, to win in the category, in the awards’ 93-year history.

The time has almost come for 93rd Academy Awards to be announced. Scheduled to take place 25 April at both the Dolby Theatre and Union Station in Hollywood, the ceremony will celebrate a return to glitz and glamour, after a pandemic year saw the ceremony go digital.

This year Australian productions missed out on the major categories, with the sole Australian nomination in VFX, where Mr X were lauded for their work on the young adult dystopian flick Love and Monsters – but there’s still a lot to unpack in this eclectic, exciting array, with history-making nominations in Best Director and Best Supporting Actor categories, and a woman predicted to win in Best Director for only the second time.


READ: The ‘Oscar Halo’: how awards decide where money goes in the film industry
From these historic nominations, our resident awards expert Grace Boschetti predicts the winners across the major categories, laying out her analysis, and giving props to the films absent from each category that deserved an Oscar nod.

Judas and the Black Messiah

The Trial of the Chicago 7

The front runner for Best Picture this year is widely considered to be Chloé Zhao’s Nomadland. Regardless of whether it ultimately prevails, this fact is already kind of miraculous to me.

In January 2019 I wrote my first article at Screenhub about how frustrated I was that none of the excellent female directed movies released the previous year had been nominated for Best Picture or Director. First on my list was Chloé Zhao’s The Rider; in many ways the spiritual predecessor to Nomadland.

Both films have affected me in a way that I cannot easily quantify. Nomadland is such a gentle, intimate movie. Primarily, it is a meditation on grief; both collective and personal, and on aloneness. It makes no overt judgments but rather extends compassion. It is the kind of storytelling I am just grateful to bear witness to.

While I am cautiously optimistic that Nomadland will ultimately be recognised with the Best Picture win, it does face some competition from the more prototypical awards film The Trial of the Chicago 7 and the major conversation starter Promising Young Woman. I’d also like to believe there’s an outside shot for Minari, Lee Isaac Chung’s beautiful immigration story.

Finally, in terms of films that missed out on a Best Picture nomination altogether, I want to briefly mention Lover’s Rock, the mesmerising second entry in Steve McQueen’s Small Axe anthology series. Small Axe is technically television so will contend at the Emmys later this year rather than the Oscars, but a stubborn part of my brain still really feels like Lover’s Rock deserved to show up here.

Should Have Been Nominated: Lover’s Rock

Thomas Vinterberg (Another Round)

In its 93-year history, the Academy has only ever nominated seven women in the Best Director category. Two of them were this year.

Chloé Zhao, the first woman of colour to receive a nomination, and Emerald Fennell, with her feature directorial debut, both have a strong chance of becoming the second woman to ever win Best Director (the first being Kathryn Bigelow for The Hurt Locker).

Nominated alongside them are Lee Isaac Chung, Thomas Vinterberg (an unexpected but very welcome nominee for Another Round) and David Fincher, who is one of those filmmakers that people always talk about being ‘overdue’ to win his first Oscar.

However, considering she has swept virtually every major precursor award, it would be a surprise to see anyone upset Zhao for the win this year.

A film which, disappointingly, missed out on receiving any Oscar nominations is the stunning Never Rarely Sometimes Always. I would have loved to see its director, Eliza Hittman, acknowledged with a nomination in this category.

Should Have Been Nominated: Eliza Hittman (Never Rarely Sometimes Always)

BEST ACTOR IN A LEADING ROLE:

Riz Ahmed gave my favourite performance of the year as a metal drummer who suddenly loses his hearing in Sound of Metal.

Anthony Hopkins has rightly been lauded for his masterful work in Florian Zeller’s brilliant directorial debut, The Father.

Gary Oldman is charismatic in his role as screenwriter Herman J. Mankiewicz, and Steven Yeun, the first Asian American to ever be nominated here, gives a restrained and nuanced turn as a determined, emotionally distant father and husband in Minari.

However, it is the late Chadwick Boseman who is considered the most likely Best Actor winner. This is a chance not only to recognise a powerful, magnetic performance but to pay tribute to a great artist who should have had so many more years ahead of him.

There is one name that many expected to see included in this list of nominees: Delroy Lindo, for his towering performance as a tormented Vietnam War veteran in Spike Lee’s Da 5 Bloods. It is a shame that he missed out, but I think it speaks to the competitiveness of the category.

Should Have Been Nominated: Delroy Lindo (Da 5 Bloods)

BEST ACTRESS IN A LEADING ROLE:

Vanessa Kirby (Pieces of a Woman)

Best Actress is the most difficult category to predict at this year’s Oscars, as the earlier awards did not create any consensus.  Andra Day, who took the Golden Globe for Best Actress, is great as the titular legendary jazz singer in the otherwise uneven biographical film, The United States vs. Billie Holiday.

Vanessa Kirby brings depth and naturalism to the melodrama of Pieces of a Woman.

Frances McDormand won the BAFTA for her starring role in Nomadland, which she also produced. I don’t think there is another actor alive who could have given such a performance.

The always brilliant Viola Davis was awarded the Screen Actors Guild award for her role as the eponymous ‘mother of the blues’ in Ma Rainey’s Black Bottom.

I am giving a slight edge to Davis since, more often than not, the Screen Actors Guild winners repeat at the Oscars, but truly, any of the five nominees could win. We will just have to wait and see what happens.

My favourite performance that missed out on a nomination in this category is Carrie Coon in Sean Durkin’s slow burn marriage drama The Nest. Coon’s commanding presence in the film is enough to make it worth watching just by itself.

Should Have Been Nominated: Carrie Coon (The Nest)

BEST ACTOR IN A SUPPORTING ROLE:

Sacha Baron Cohen (The Trial of the Chicago 7)

This is, of course, par for the course for this category at the Oscars, but I still think it’s kind of bizarre.

Anyhow, Kaluuya, having already proven his immense talent in the likes of Get Out and Widows, is the clear favourite to take the win here.

There are two non-nominated performances that I would like to highlight in this category. The first is Stanley Tucci for his stellar work in Supernova, and the second is eight-year-old Alan Kim for his scene stealing, and heart melting, performance in Minari. I highly recommend watching his acceptance speech from the Critics’ Choice Awards. It’s just so, so cute.

Should Have Been Nominated: Alan Kim (Minari)

OMG THIS KID. I AM CRYING. pic.twitter.com/oenlMeoA9N

BEST ACTRESS IN A SUPPORTING ROLE:

Now on her eighth nomination, Glenn Close has equalled Peter O’Toole as the most nominated actor to never have won an Oscar. While I do hope she will eventually be rewarded with a win, I think it would be a shame for the very bad Hillbilly Elegy to be the vehicle that gets her there.

Similarly, I am really not a fan of Baron Cohen’s latest satirical effort, Borat Subsequent Moviefilm, but I do think Maria Bakalova is talented, and don’t discount her as a possibility for the win.

Olivia Colman is predictably great in The Father, and Amanda Seyfried is dazzling in Mank but neither has performed nearly as well at precursor awards as Minari’s Yuh-Jung Youn.

And truly, Youn is so completely wonderful in her role as a spirited, warm and unconventional grandmother. Every moment she is on screen is a joy, so she’s my pick to take home Best Supporting Actress.

As with Best Supporting Actor, there are two non-nominated performances that I want to talk about. The first is that of Olivia Cooke in Sound of Metal. For whatever reason, Cooke missed out on the awards attention that her male co-stars got, despite the fact that her performance is very much a highlight of the film. The second is that of real-life nomad Charlene Swankie in Nomadland, whose monologue serves as one of the film’s most poignant moments.

Should Have Been Nominated: Olivia Cooke (Sound of Metal)

One Night in Miami (Kemp Powers)

Anyhow, while I can’t fully rule out the possibility that Borat will take the win, I think both The Father and Nomadland stand a much better chance. On one hand, this category could be seen as a good place to reward The Father (since Nomadland is likely to win elsewhere). On the other hand, Best Screenplay wins are often very linked to Best Picture wins. Thus, if Nomadland is being predicted for Best Picture it makes the most sense to predict it to win here also.

My final remark about this category is that I am a little sad that Charlie Kaufman’s surreal, deeply thought provoking I’m Thinking of Ending Things missed out on a nomination.

Should Have Been Nominated: I’m Thinking of Ending Things

The Trial of the Chicago 7 (Aaron Sorkin)

Promising Young Woman is the most divisive 2021 best picture nominee, having been a subject of indiscriminate adoration for some and the target of vitriol for others.

However, despite this divisiveness, it is considered a strong frontrunner to win this major category.

That is not to say the competition isn’t tough. All four of the other nominees also show up in Best Picture, and I am particularly wary of discounting The Trial of the Chicago 7.

If Emerald Fennell does prevail, she will be the first woman to win in this category since Diablo Cody for 2007’s Juno.

Notably absent from this category is Mank. I am chagrined that a film about writing a screenplay was able to garner ten nominations but somehow end up the only Best Picture nominee not to be nominated for its screenplay.

Should Have Been Nominated: Mank