My Brilliant Career has an uncompromising message for girls today

My Brilliant Career blends the intimacy of life writing with the broader scope of a story being retold. The lessons it holds for Australian girls and women continue to resonate.
The Conversation 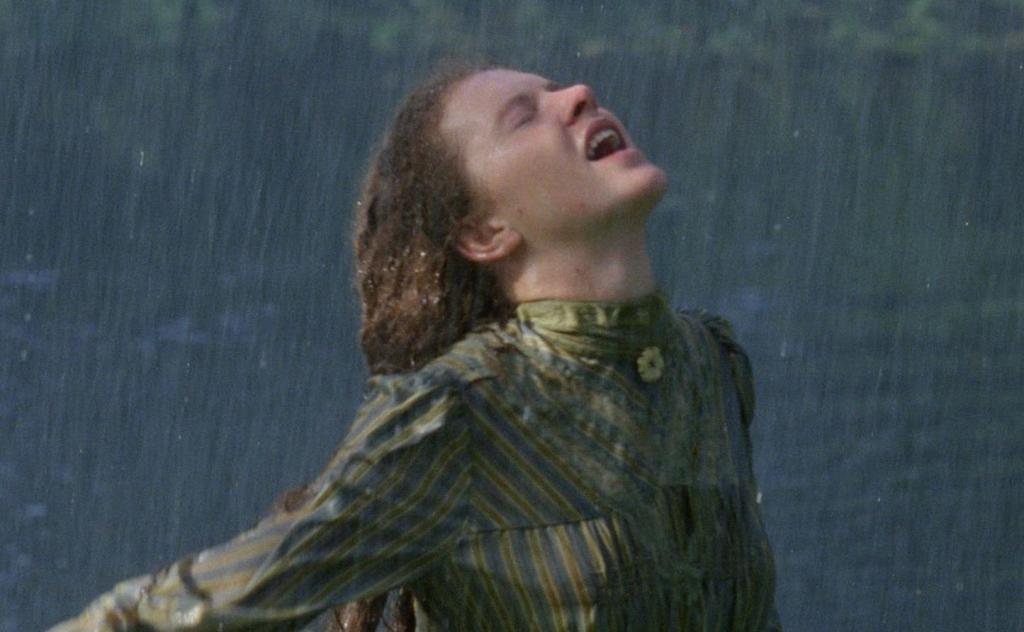 Image via the National Film and Sound Archive.

Growing up in Australia in the 1970s, I much preferred the hijinks of Han Solo and Chewie to Princess Leia’s sexualised damsel in distress. My sister and I spent an entire summer pigging out on Choc Wedges and Barney Bananas so we could collect the men’s cricket team on specially marked sticks. Feminism seemed a world ‘far, far away’. Yet what Australian girls could and couldn’t do was being explored through a glut of screen adaptations of classic novels.

These included Picnic at Hanging Rock (1975), The Getting of Wisdom (1977), Seven Little Australians (1973) and My Brilliant Career (1979). Many revealed a depressing picture of what happened if you were different, clever or outspoken. You could be: left behind while other girls are led through a mysterious rock portal, the subject of school bullying, or crushed more literally by a falling tree in an act of sacrificial redemption.

My Brilliant Career offered an alternative. Sybylla Melvyn, its ‘little bush commoner,’ remains untamed and unapologetic. She would be modelled on author Miles Franklin herself, who mailed the manuscript to her literary idol, Henry Lawson. He subsequently provided a rousing endorsement and saw through its publication.

My Brilliant Career emerged in 1901, the same year as Federation, and aligned women’s independence with national independence through a symbolic coming-of-age narrative.

While Australian women received the right to vote the following year, My Brilliant Career voiced an irrepressible desire to be heard. Addressed to “My dear fellow Australians,” Melvyn (or Franklin) argues the story seeks to improve on other autobiographies by telling a collective truth: ‘This is not a romance … neither is it a novel, but simply a yarn — a real yarn.’

Sybylla is a highly likeable but flawed heroine, kicking around a crowded home and lamenting the ‘agonizing monotony, narrowness, and absolute uncongeniality’ of teenage life.

The family has fallen on hard times, shifting from three stations and 200,000 acres to the small and ‘stagnant’ Possum Gully. Dick Melvyn, once his daughter’s ‘hero, confidant, encyclopedia, mate, and even religion’, reneges all paternal responsibility by turning to drink after a series of failed speculations.

Franklin captures the resulting strain between Sybylla’s hardworking mother and her eldest daughter. As Sybylla knocks about as a hoydenish tomboy and dreams of joining the ranks of poets like Gordon, Lawson and Paterson, her mother sees only domestic uselessness and self-centredness.

Sent with her siblings to the local school, mingling with the Italian migrants at nearby diggings, and absorbing pub slang when retrieving her father, Sybylla has a democratic outlook:

To me the Prince of Wales will be no more than a shearer, unless when I meet him he displays some personality apart from his princeship — otherwise he can go hang.

Such colourful vernacular underscores how Franklin mobilises a living language, as much as a bush landscape, to generate national distinctiveness.

Packed off to her grandmother’s to be transformed into more marriageable material, Sybylla soon navigates a class-bound squattocracy with limited options. Besides her mother’s descent into drudgery, her Aunt Helen has been forced to return to the family home after her husband’s desertion. Sybylla realises with

a great blow that it was only men who could take the world by its ears and conquer their fate, while women, metaphorically speaking, were forced to sit with tied hands and patiently suffer as the waves of fate tossed them hither and thither.

She is critical of women’s value being reduced to an index of their beauty but also internalises it to think herself plain and unappealing. In this, she is proved wrong, for her unpretentious liveliness attracts a number of possible suitors, including neighbouring hunk, Harry Beecham.

For the 1979 film, Gillian Armstrong perfectly cast then little-known Judy Davis as the pimply, unkempt Sybylla, a far cry from the Chiko Roll or Big M girls then gracing Australian billboards and TV.

My mother, now in her 80s, still raves about Sam Neill’s blue eyes as the dashing Beecham. Both Franklin and Armstrong build the chemistry in Sybylla and Harry’s courtship, emphasising an equality of energy and wit.

Distinguishing between sexual passion and friendship love, Aunt Helen advises Sybylla she might receive and find real love in the latter. Yet Sybylla seeks a higher love.

Having ‘learnt them by heart’, the ‘men I loved’ are the poets and she continues her ‘hope that one day I would clasp hands with them, and feel and know the unspeakable comfort and heart rest of congenial companionship’.

Sybylla holds to a Romantic view of the poet as both bard of the people and transcendent. The poet must be “Alone because his soul is as far above common mortals as common mortals are above monkeys.” This drives her sense there is something more than her appointed lot in life.

While Harry is prepared to ‘give’ Sybylla ‘a study’ and ‘truckload of writing gear’ so she can pursue her career, Sybylla refuses his marriage proposal. She reflects, ‘He offered me everything — but control.’

Realising she needs an unfettered life, she knows she would ultimately destroy Harry’s ‘honest heart’. At the same time, there is little possibility of finding an ideal mate, who would be someone who has similarly ‘suffered’ for their dreams.

My Brilliant Career not only captured the frustration of women at the turn of the century; it refused to end happily. Whereas the novel ends with Sybylla stuck and wearisome at Possum Gully, the film has her hopeful at the fence-line sending off her finished manuscript. Even in the 1970s, a choice between career and love seemed harsh.

Whereas Franklin suggests that women’s path to success requires lonely self-determination, second-wave feminism emphasised collective consciousness-raising, even if that forum of voices remained faultily selective in its whiteness.

While representing the ‘rope of class distinction’ drawing ‘tighter’ around Australian working men and women, My Brilliant Career revealed a social divide marked as much by race as class and gender. The Irish M’Swats, for whom Sybylla is forced to become a governess to repay her father’s debt, are depicted as uncivilised in their dirtiness.

Aboriginal people exist as unnamed servants, their culture similarly dismissed. Servant girl Jane Haizelip tells Sybylla of her disdain for the men at Possum Gully: ‘They let the women work too hard. It puts me in mind er the time wen the black fellows made the gins do all the work.’

While Franklin occasionally employs a slave rhetoric to emphasise female oppression, one is struck by the novel’s racial inequities.

Many of the problems in My Brilliant Career remain prescient: drought, bushfire, economic depression and social precarity. Whereas second-wave feminists advocated having it all, too often the message today is that women can’t expect to have love, family and career simultaneously.

Franklin achieved fame and showed women as central to Australian literature. I hope my daughter’s generation keep her spirit but that the yarn becomes one of shared, all-round fulfilment.

An adaptation of My Brilliant Career is on at Sydney’s Belvoir St Theatre until January 31.