MIFF will commemorate its 70th anniversary in August 2022, making it one of the world’s oldest film festivals.
The Conversation 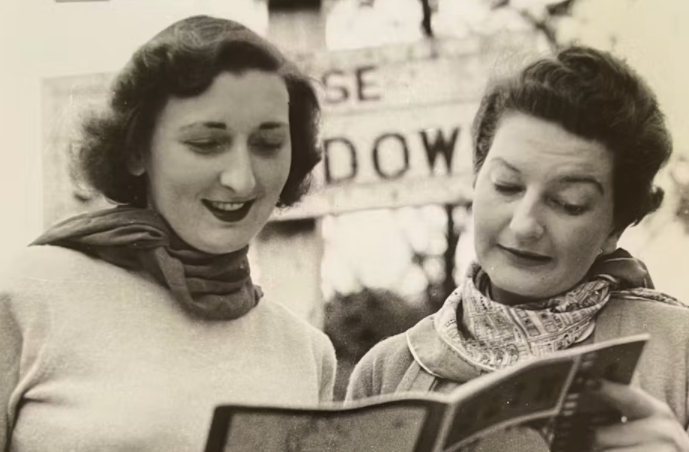 Australian film buffs were thirsty to see international films from Europe and Asia. Image: supplied by the author.

On the Australia Day weekend in 1952, a group of die-hard film buffs put on a film festival. They had selected the leafy hills of Olinda in Victoria’s Dandenong Ranges for the event. They expected 80 people – but more than 600 turned up!

In the 1950s, very few Australian films were being made. Those that were produced were largely documentaries, with narrative features extremely rare. Despite this, an avid film culture flourished through local film societies.

So a festival in Melbourne was excitedly planned.

Sleeping in a church hall

The Australian Council of Film Societies, who convened the festival, chose Olinda because it was a popular tourist destination with plenty of accommodation.

Due to the numbers of film buffs who flocked there, the guest houses were fully booked. Many locals threw open their doors to accommodate the influx, but it was not enough.

My mother was one of many who went along and had to bed down in a church hall.

The appeal of the film festival was so great that some people travelled back and forth from Melbourne daily.

Among the attendees were many who would become prominent Australian filmmakers, like Tim Burstall, John Heyer and Stanley Hawes.

Interviewed in the documentary Birth of a Film Festival, Burstall remembered making the journey to Olinda with artist Arthur Boyd. They packed their families into Boyd’s 1929 Dodge and headed for the hills.

The large attendance forced the organisers to arrange additional screening venues. They set up a makeshift screen under the stars, and borrowed another hall in a neighbouring town.

Frank Nicholls, who was president of the Australian Council of Film Societies, had to rush reels from the hall in Olinda to another in Sassafras by car, causing a delay mid-screening if he was late with the next reel.

Organisers invited national and international luminaries including Australian filmmaker Charles Chauvel. Although Chauvel did not attend, his telegram was included in the “programme alterations”:

My best wishes to all and my regrets not being able to be present.

Prime Minister Robert Menzies was invited but in a letter to Nicholls (kept in a scrapbook by volunteer Mary Heintz), he delegated the invitation to the Minister for the Interior, Mr W.S. Kent Hughes.

Hughes presented the Juilee Awards for films made in Australia. He gave a speech outlining government plans to support documentary and independent producers, and stayed to watch the opening night under a canopy of stars.

One of the local highlights was a film made for the Department of Immigration titled Mike and Stefani (1952), directed by Ron Maslyn Williams. It won a prize for its depiction of two war-broken refugees granted visas to come to Australia.

The festival weekend also included talks and an exhibition of film stills at the local school.

The press picked up on the vigorous debate swirling around the festival that weekend. On January 31, the Adelaide News reported attendees expressed dismay at censors banning films like Roberto Rossellini’s The Miracle (1948), which was deemed sacrilegious.

The Olinda Film Festival was a huge success.

Nicholls described Olinda in The Sun of January 29 1952 as “the most comprehensive” film festival ever held in Australia, screening “hundreds of Continental, English, Australian and Oriential films and even a Russian propaganda production”.

But not everyone celebrated the festival’s success. Even with Menzies’ support, it was discovered after the event that, while cinema enthusiasts were enjoying the event, ASIO was watching. Evidently the Australian government regarded the film festival as a prime draw-card for subversive characters intent on overthrowing authority.

Still, the success of Olinda – far greater than anyone could have foreseen – earned the festival a permanent place in Australian and international screen culture. It demonstrated that non-commercial films could interest large audiences, and Australian films could do the same.

Nicholls went on to become the first chairperson of the Melbourne Film Festival and later of The Australian Film Institute. At the 50th celebration of the 1952 event, Nicholls said:

The festival was a goer, and it’s still going strong. But there was never quite one like Olinda.

Material in this article was sourced in interviews and research for Birth of a Film Festival (directed by Mark Poole and produced by Lisa French in 2003), about the first festival and it’s 50th anniversary celebrations. https://player.vimeo.com/video/668519970