Guillermo del Toro: how to create a cinematic genius

Guillermo del Toro is a true provocateur of the demonic unconscious, his mind awash with imaginary oceans, wise in the ways of terror and delight, and a Mexican god of cinema. He started very young.
David Tiley 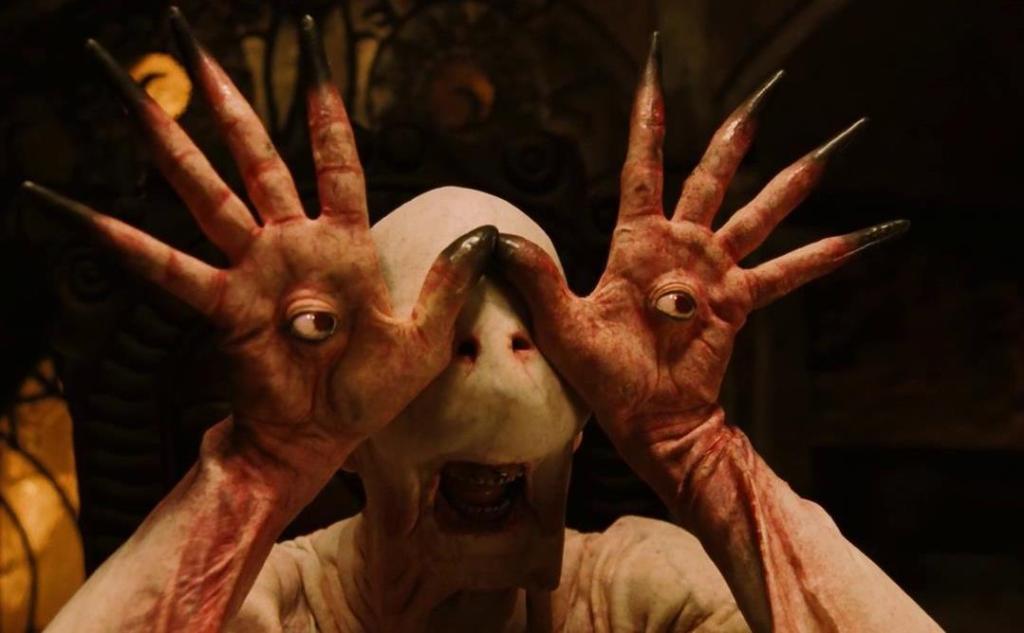 The We Are One Global Film Festival brought a bunch of classic interviews out of the closet, which have unfortunately been put back where they came from.

Guillermo del Toro has given many excellent masterclasses and discussions, including an interview for the Toronto International Film Festival with a delicious and instructive story about his early life. Here it is, edited a lot for concision and sense.

‘I was a very lonely child. You know, I was very strange. And when I was a kid from the crib, around two years old, my brother and I stayed late and watched a program called The Outer Limits. And we shouldn’t have stayed late. It was an episode called The Mutant. He appears with giant eyes and a bald head, and I started screaming. I couldn’t stop.

And my brother was a bit of an asshole. He grabbed me and put me in the crib and zipped me up super close. And then he got these rubber eggs that you get in a magic shop and he put a stocking on his head. So he had giant eyes and he peeked into the crib. And I was so scared I peed all over the wall.

And from then on I started having lucid nightmares which meant I would wake up and dream that I was waking up in the crib and everything was alive in the room. There would be things in the closet, and the green shaggy rug was a sea of fingers, waiting, waiting for me to go to the bathroom. So I peed in my crib and my mother would get really angry with me.

And son, one night I got up in the crib and said to the monsters in the room, “If you let me go to the bathroom, I will be your friend forever.’ And then they let me.

My therapist explained to me that sometimes when you have a huge fear, sometimes you actually convert it into something you like. From then on, most of the monsters I saw would not scare me.

I started drawing monsters when I was very very young and I spent a long time with my grandmother. She hated that I drew monsters and thought it was something abnormal. They took me to a psychologist and gave me a cube of clay and said sculpt whatever you want. I sculpted a skeleton which didn’t help my case.

My mother started reading child psychology and came late one night and saw these abnormal drawings in the kitchen. And she said, I’m afraid he may be severely damaged…

Del Toro read voraciously, plunging into Mary Shelley and Victor Hugo and Oscar Wilde and Robert Louis Stevenson. He started to collect comic books and his parents, who seem to have come to their senses, bought him an encyclopedia of art which he read like a novel. By the time he was eight years old he was discoursing about Jack Kirby and Monet.

Later he started a film club and ran it until the cinema club became a school and was absorbed into the University of Guadalajara. After his first year as a student he became a teacher as the film club became a festival which has now been running for over 30 years.

He started and ran a special effects company for a decade, worked on 21 films for other people and a TV series called On America while he developed his first film, Chronos. It seems he fought all the way because it was strange and frightening. The affront continued after it was finished as critics claimed it was horrible. The film was shown to the Cannes selectors almost through the back door, and it won the Critics Award.

Del Toro closed the special effects company down, because it had served its purpose. He was 29 years old, deeply in debt, and was saved by Universal which gave him writing work. By 1997, he had made The Mimic, which he told his audience was almost his first and last Hollywood directing experience.

‘I can tell you two horrible things happen in the late 90s,’ he says. ‘My father was kidnapped and I worked with the Weinsteins. And I don’t know which ones was worse. Actually the kidnapping made more sense.’

His father was ransomed for $1 million which he didn’t have, because all his money was in Mimic. James Cameron paid the kidnappers and he was released after 72 days. Guillermo del Toro and his family left for the US.