As Elvis hits cinemas, let's revisit the Australian director's oeuvre and remember what makes him one of the shiniest directors in Hollywood.
Meg Funston 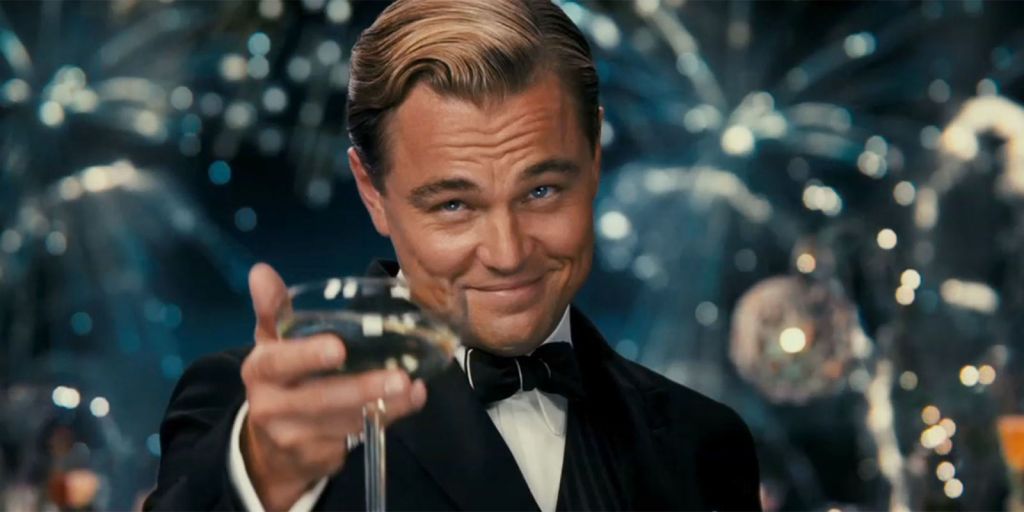 With Australian director Baz Luhrmann’s new film, Elvis, in cinemas today, we thought it was time to take a decadent walk down a glittery memory lane, and raise a glass all thing Baz.

The original and, for lots of people, best in Luhrmann’s filmography, Strictly Ballroom gives the bizarre world of the Sydney ballroom scene the big-screen treatment – a romantic-comedy that tells the story of life-long ballroom dancer, and Prince of the ballroom scene Scott (Paul Mercucio) as he trains (and of course falls in love with) the frumpy and blundering Fran (Tara Morice), and eventually transforms her into the Belle of the Ballroom.

The gaudy costumes and melodramatic characters of the ballroom scene are perfectly suited to what would become known as being Luhrmann’s manic style and the film packs in plenty of comedy and satire in with its more heartfelt love-story.

With a supporting cast including Sonia Krueger (host of Dancing with The Stars and Big Brother AU) and Bill Hunter (Muriel’s Wedding, The Adventures of Priscilla Queen of the Desert), Strictly Ballroom is funny, glitzy and distinctly Australian.

The film also marked the start of collaboration between Luhrmann and multi-Oscar-winning costume and production designer Catherine Martin, to whom he is married.

Best Moment: The rooftop dance sequence. Fran and Scott rehearse their dance on a rooftop during a romantic sunset, and Fran finally proves she’s ready for competition.

Musical Highlight: The film’s final dance sequence. Just as ballroom has been forever changed by the two young dancers during competition, dozens take to the dance-floor to celebrate, set perfectly to ‘Love is in the Air’.

Read: Catherine Martin on creating Elvis with Baz Luhrmann: ‘You need a bit of conflict and tension’

Luhrmann’s adaptation of Shakespeare’s classic love story transports the star-crossed lovers into the modern day (or at least the 1990s). Starring a young Leonardo DiCaprio, Claire Danes and Paul Rudd, Romeo + Juliet stands as one of the director’s most iconic films.

While Luhrmann retains most of Shakespeare’s dialogue, the film features guns instead of bare bodkins, and Hawaiian shirts and leather jackets instead of Renaissance-era pantaloons.

Best Moment: That death scene. We all know it’s coming (or, if not, oops … spoiler alert!), but Luhrmann ensures the lovers’ deaths break our hearts all the same.

Musical highlight: There’s a lot to choose from here, but Romeo + Juliet’s wedding scene, set to Quindon Tarver’s gorgeous rendition of Prince’s ‘When Doves Cry’, stands the test of time.

The 2001 jukebox musical, starring Nicole Kidman and Ewan McGregor is set in in glitzy and gaudy world of Bohemian Paris, and depicts the love affair of an aspiring writer (McGregor) and the most famed performer at the Moulin Rouge nightclub (Kidman).

The melodrama nests like a bowerbird within a dazzling visual and auditory spectacle. Luhrmann dials everything we know about his films up, then up again. While the plot and characters might not be the most developed or original, the film is full of Luhrmann’s now trademark glitz and glam.

Best Moment: It’s hard to go past that absolutely bizarre absinthe scene, where Kylie Minogue appears via hallucination as the green absinthe fairy and performs a sexy rendition of ‘The Sound of Music’. And yes, it’s as strange as it sounds.

Musical highlight: Elephant Love Medley: An original medley of some classic love songs, including ‘Heroes’, ‘I Was Made for Loving You’, ‘I Will Always Love You’ and many, many more.

Returning to his Aussie roots, Luhrmann’s epic romantic-adventure, set in 1939, follows English aristocrat Lady Ashley (Nicole Kidman) as she visits her husband’s cattle ranch in Northern Australia, only to find him murdered. To save her family’s fortune, she must partner with the rough and brash Drover (Hugh Jackman) and transport the cattle hundreds of miles to Darwin.

With its subplot involving a growing bond between Kidman’s character and a 12-year-old Aboriginal boy (Brandon Walters) who is under threat of state removal, and set against a backdrop of WWII, Australia bites off plenty without necessarily knowing how best to chew.

Best Moment: A sweating and bloodied Jackman greets prim and proper Kidman with a heartfelt ‘Welcumtostraya’.

Musical highlight: Australia is a bit of an outlier in this sense, with a sweeping score composed by David Hirschfelder rather than catchy pop-tunes, though one of the more epic musical moments arrives during the bombing of Darwin.

Lurhmann’s adaptation of the famed American novel depicts the lavish world of America’s roaring 20s, with a decadent visual aesthetic that mirrors the great riches and showmanship of protagonist Jay Gatsby, played by a dapper Leonardo Dicaprio.

The set design and costuming is close-to-perfect. Modernised by the sounds of Jay-Z, Beyoncé and Lana Del Ray, Luhrmann tries to revive F Scott Fitzgerald’s cautionary tale of the American Dream … but maybe shoots wide of the mark. While the movie dazzles, the characters sometimes fall flat.

Best Moment: The introduction of Gatsby. During a glamorous and exuberant party, the audience’s gets its forever-to-be-memed look at the protagonist.

Even before Lurhmann’s most recent film hit cinemas, it was clear it was going to feature the same lavish sets, dazzling costumes, catchy soundtrack and dazzling artifice we’ve come to expect. Reviewers are saying that the film delivers on these promises, as Luhrmann crafts a fast-paced world of glitz and glamour, full of colour, spectacle and, of course, plenty of music – not to mention a frenetic posing of questions. As Anthony Morris wrote for ScreenHub:

Elvis singing on TV to an actual hound dog? A roll call of his on-staff buddies the Memphis Mafia? The civil rights origins of the grand finale to the ’68 Comeback Special? Getting his quiff shaved off to join the army? His childhood fondness for teen superhero Captain Marvel Jr.? Buying his early outfits on ‘the home of the blues’ Beale Street (considering the film’s fondness for costuming, it’s slightly surprising the famous gold lame Nudie suit didn’t get a mention)? A fast-forward montage covering the Hollywood years because even Luhrmann realised he couldn’t fit everything in? It’s all here and much, more more.

Elvis by Baz Luhrmann review: it’s one for the money

Best Moment: Per Anthony Morris: ‘There’s a brief scene late in the film where a newly energised Elvis puts together his Vegas act, juggling his on-stage orchestra to create a new, big band sound; it’s one of the few moments where he’s shown to be musically more than a pair of hips and a collection of influences’

Musical highlight: Morris assures us that Alton Mason’s performance as Little Richard gives us the most memorable musical performance of the entire film.

Read: Elvis by Baz Luhrmann review: it’s one for the money