Australians shine in Emmy nominations from tears to laughter 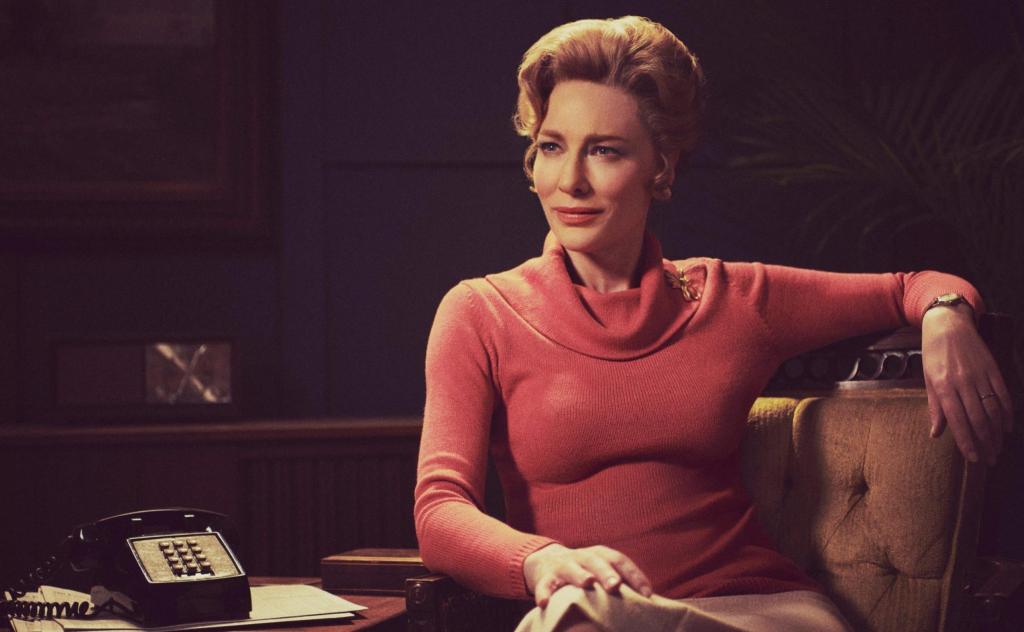 The 2020 Emmy nominations are here and they are fascinating and a little bit baffling.

Staying at home these past few months has made me unusually invested in television; and particularly in the varied collection of shows that are deemed worthy of awards recognition.

Australians had a particularly notable showing among this year’s Emmy nominees. For her towering performance in Mrs America, Cate Blanchett was nominated for Lead Actress in a Limited Series, while Hugh Jackman will be contending in Lead Actor for his impressively restrained turn in Bad Education.

The Favourite screenwriter Tony McNamara was nominated in Writing for a Comedy Series for The Great; while Hannah Gadsby was acknowledged in Outstanding Writing for a Variety Special for Douglas.

The nominees for Best Drama, Comedy and Limited Series, and the platforms where they are available to be streamed, are listed below:

The big shocker in this category was the inclusion of the Disney+ space western The Mandalorian. An impressive achievement from a service which only had its launch in November.

The rest of the category is comprised of returning nominees; some which had their creative peaks some time ago, but remain in contention due to residual goodwill, and some which are still on the rise.

The two strongest must-see contenders are Succession and Ozark.

Succession’s second season aired almost a full year ago, but it was clearly still at the forefront of voters’ minds, as it garnered an impressive eighteen nominations. And truly, it was a phenomenal second season, worth checking out if you haven’t.

there is a definite irony in the fact that in Australia, Foxtel is the only platform this barely-veiled Murdoch family satire [Succession] is available to stream on.

Ozark’s third season represented a marked improvement for the crime drama. Its premise was never that inspired: an accountant (played by Jason Bateman), under duress of a Mexican drug cartel, sets up a money laundering operation in Lake of the Ozarks. However, now in its third season, the series has evolved into something more dynamic and sophisticated. It is particularly elevated by the performances of Laura Linney, Julia Garner and Tom Pelphrey. The latter is pretty well the best thing about Ozark’s third season, but somehow ended up being the only key player to not be nominated from the series – one of the numerous things about the nominations that made absolutely no sense.

This year the field is a little thinner.

I was disappointed that neither Ramy nor The Great were nominated in this category. I found them to be the two most refreshing, complex and engaging comedy shows of the year. Nevertheless, both are available to stream on Stan, and have been recently renewed for new seasons.

In terms of which shows are best among this year’s actual nominees, the final season of Schitt’s Creek is very earnest, very sweet, comfort TV. The Marvelous Mrs Maisel is well crafted, and indeed very entertaining, though its incomparable production values and endless gags can’t always offset its unfortunate lack of depth.

In this category, most of the awards discussion is centred around Watchmen since the series, more than simply an impressive feat of television, is so astonishingly timely.

A ‘remix’ of the comic book series of the same name, HBO’s Watchmen explores the role of police in perpetuating systematic racism. It is very bold, very ambitious and, I think, quite deserving of its intimidating haul of twenty-six Emmy nominations.

Beyond that series, I also very much love the thoughtful, deeply affecting Unbelievable and the highly refined and insightful Mrs. America.

Mrs America, an historical drama series that chronicles the movement to ratify the Equal Rights Amendment (ERA) and the resulting conservative backlash, is anchored by the stellar lead performances of Cate Blanchett and Rose Byrne. It’s both entertaining and thought-provoking and must-watch as far as I’m concerned.

The winners of the 72nd Emmy Awards will be announced on 20 September.