‘Australianness’ on our screens? Revel in what’s possible 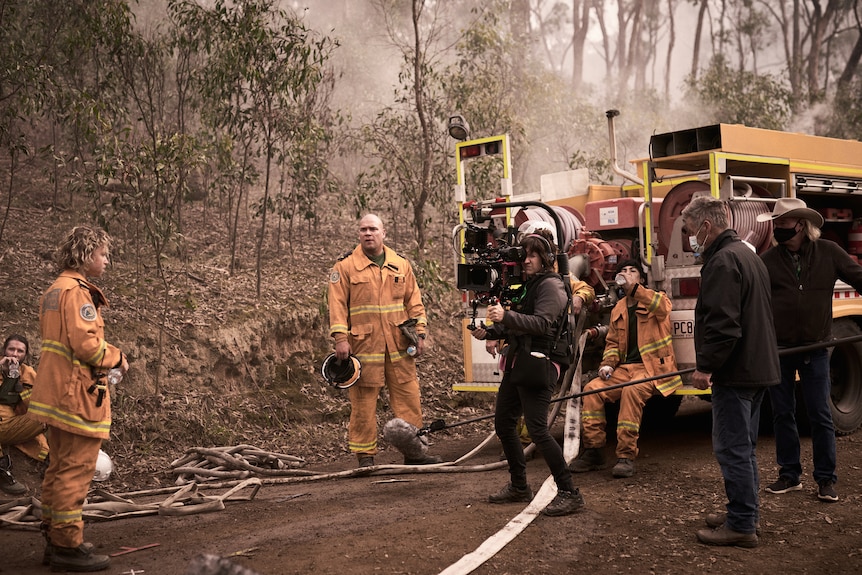 Australian film and television is delivering less local cultural value to our audiences, authentic dramas are fewer, and much of it now feels a lot less Australian – even unrecognisable as made in this country – according to a new paper published as part of Currency House’s New Platform Paper series.

Nobody talks about Australianness on our Screens by industry journalist Sandy George was launched yesterday at the Sydney Film Festival by a discussion with celebrated producers Emile Sherman and Kristina Ceyton, and Screen Australia’s Grainne Brunsdon.

The following is an edited extract from the paper, with the full paper available for free at Currency House.

The new federal government must lead by example, take a good hard look at the sector, and act

Long may the bipartisan political support that local drama production has enjoyed for decades continue. It is nerve-wracking to so depend on regulation and taxpayer funding, but that is the reality for the sector. Another reality is that the support only makes sense if it first and foremost delivers cultural benefits to Australians and Australian society. That requires sturdy, cleverly constructed policy scaffolding and making Australianness on screen the priority.

I was pessimistic that the former Federal Government would ever apply vision and enthusiasm to its governance of the sector, given its focus on economic value. But people seem to have become more of a priority since the 21 May election. Creating conditions that breed great Australian drama with emotion, connection and belonging at its heart, can help the new government unite the country and build a society with compassion at its core.

Here are some priorities to get the ball rolling:

Viewers want to exercise their love of Aussie content

‘Where do I find these films that you’re always talking about?’ I’ve been asked that question all my life. Australians are given no help, in an overall sense, to find out when and where new local drama is appearing.

They hear about individual dramas via word of mouth or if they’re in the path of erratic publicity and marketing strategies. In the digital age, this is madness. I get texts when stores have sales. It’s crazy that I can’t get them whenever a new series premieres or a new film opens.

Screen Australia’s The Screen Guide and the worldwide service justwatch.com provide guidance on where to find shows, but not on what’s coming down the line when people are most interested.

Aussie content of all kinds is much loved. Some will be gagging for RackaRacka’s debut film Talk to Me, others for the sequel to The Newsreader. We need to cultivate that love and encourage it to be shared. The enthusiastic can be given resources to run book-club-style events that would elevate attention at the time of a production’s release. If done right, the impact could be phenomenal.

Fostering a community of supporters would help keep some local cinemas open on the back of Australian films, and could even lead to the establishment of a lottery that funds production initiatives designed to involve the public. Film and television is seen as sexy, and people want to be involved. That desire would not be exploited, but harnessed. There would be political value in this because viewers are voters too and politicians take notice of voters.

Screen Australia needs to shout ‘What do we want? Cultural value! When do we want it? NOW!’ Senior executives say that local cultural value is a plank in their decision making and it is. But it is no longer enough for them to quietly consider the cultural value of individual projects or a group of projects in the same application round. The world has changed. It is time that they very seriously reviewed all programs and initiatives through the lens of cultural value, bearing in mind that Australianness is the key to it.

The agency needs to put aside the notion that if an Australian production company is making content, then the content is Australian and automatically has cultural value. Just another cop show shouldn’t cut it. Screen Australia’s direct taxpayer funding must go to projects with exceptional potential local cultural value— and, yes, what that means exactly will have to be thrashed out, and it isn’t straight forward.

Dare I say it, but I feel a bit sorry for Screen Australia at times because it is too relied upon, entitlement in the industry is rife, and it is often in a no-win situation because the supply of funding doesn’t meet demand. Some of its problems are of its own making, however. It has its fingers in too many pies.

It needs to stop thinking it can and should control everything and decide what it can do best in service of the Australian public. Traditionally, there has been the notion that each FTA platform deserves some of Screen Australia’s money. Stop that. There should be just the one determinant.

In recent years, Screen Australia executives drank the Kool-Aid of their old political bosses. The media release about the appearance of the 2020/21 drama report (which its research department does an exemplary job of publishing each year) demonstrates this. It trumpeted: ‘Aussie drama production reaches record-breaking $1.9 billion expenditure’.

It’s misleading because it’s not Aussie drama production. It is Aussie drama produced in Australia plus foreign drama filmed in Australia. Economic value and cultural value, foreign and Australian, should be treated separately in such reports, and total expenditure certainly shouldn’t be talked about breathlessly for all the reasons this paper raises. Stop pretending everything is OK. Depending on economics to deliver cultural value is arse-about.

Screen Australia is a highly influential body. Where it puts its development support is a thumbs-up signal that others heed: partners on the other side of the world, overseas broadcasters, state government agencies, and private investors. It never wholly funds major projects, but very often its decisions determine which dramas gets the green light. In 2020/21 it invested in about 40% of all the Australian features that went into production, in just over 70% of mini-series for the FTAs, in just under 70% of dramas for the SVODs and in 30% of all FTA series and serials. (Under Screen Australia’s rules it can’t continually back new seasons of existing series.)

Screen Australia often says it can only fund what comes across its desk. True. But just as it guides the media’s thinking, it also guides practitioners’ thinking. Filmmakers constantly try to second guess its priorities. A few well-chosen words about exceptional local cultural value being a priority would have a big impact on what the industry chooses to develop.

Tony Ayres came to us, just after the fires happened, and said ‘We need to talk about this. The community needs a cathartic moment.’ And we said ‘yes’ straight away.

This is ABC TV’s Sally Riley explaining how the 2019/20 Black Summer bushfires gave rise to the six-part drama Fires. Ayres and Belinda Chayko created the show, which is available free on the streaming platform ABC iview.

The anthology series is cleverly conceived: the two young volunteer firefighters (Eliza Scanlen and Hunter Page-Lochard) at the core of the first episode, are linking characters across all episodes, each of which focusses on different people. In the second episode, only the most cold-hearted viewer would not feel grief and anger at the fate of dairy farmers Kath and Duncan (Miranda Otto and Richard Roxburgh). In the third, Mark Winter’s portrayal of a methadone addict reverses every prejudice a viewing public might have about drug addiction.

Screen Australia can do almost anything under its enabling legislation, which suggests, among other things, making programs ‘that deal with matters of national interest or importance to Australians’. Shake things up! Ask filmmakers aged 14 to 35 years to pitch projects. The agency’s new head of content Grainne Brunsdon says the aim is to cater for this audience. Shake it up further by saying the pitches have to be comedy! Even further by asking in the public! Revel in what’s possible.