Are Aussie toddlers savvy enough to run errands on their own with only a camouflaged film crew in tow?
Silvi Vann-Wall 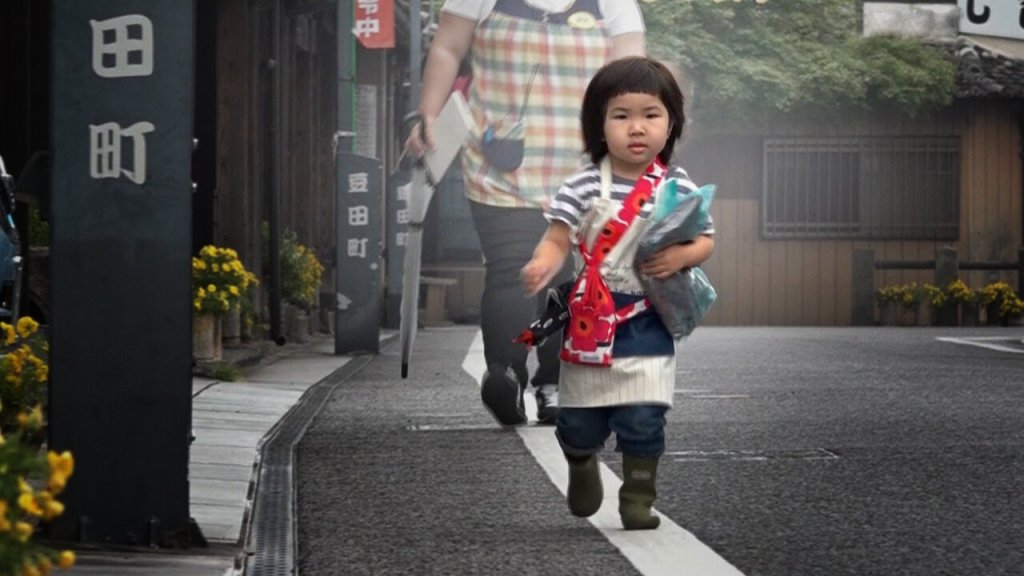 Old Enough! is a long-running Japanese reality show about child independence, which only recently became available in the West thanks to Netflix.

With episodes clocking in at about 15 minutes each, it’s become a viral sensation thanks to its easily digestible format and feel-good vibes.

After all, what’s not to love about a tiny human going grocery shopping or cabbage farming? It’s also a surprise tear-jerker. I’ve cried at least four times already.

A child under the age of five is tasked with running an errand, by themselves, for the first time. With the family’s permission, the child is equipped with a secret microphone (usually in the form of a tiny cross-shoulder satchel) and sent out to be tracked by a camouflaged film crew as they traipse the streets of Japan.

I was hooked after only one episode. After bingeing five in one night, I began to wonder: would a format like this work in Australia?

Could we afford young children the same independence, say, on the streets of Melbourne? Or would it be an instant ethical nightmare?

I spoke to Associate Professor Kay Margetts, Honorary Principal Fellow of the Melbourne Graduate School of Education, for more insight into how children are viewed in Australian society.

‘This is an interesting concept. We have seen a similar experiment with children on the Channel 9 show Parental Guidance. The entertainment value was quite high – but was it ethical?’ said Margetts.

The show Parental Guidance included similar segments to Old Enough! where children were sent (mostly in pairs) to do errands for their parents and were followed by the film crew.

But Parental Guidance is not quite the same as Old Enough! – the premise is to find Australia’s best parenting style by selecting 10 sets of parents (and their children) to compare their wildly different child-rearing techniques. It too was met with mixed reactions when ‘Free Range’ was voted as the best style of parenting.

‘Very young children, under three (depending on their level of development), can undertake relatively safe household tasks independently and help with shopping,’ Margetts continued. ‘But I have a problem with two-to-four-year-old children (and even older children) being expected to do errands independently outside the home, because of the potential for them to become distressed or to have an accident.’

‘[I think] the show should have a statement that the children in the program were supervised at all times and these tasks should not be undertaken at home without appropriate supervision’.

Accidents and distress are actually par for the course in Old Enough! and a lot of these moments are innocuous. In episode five, a three year old girl falls while running with her hands full. The crew and her mother are quick to step in and comfort her, and there is a very sweet moment when her friend cheers her up. But it’s still a little uncomfortable to watch when knowing that it was allowed to happen for entertainment value.

Episode six stars a very young boy (just two years and nine-months old) who refuses to go to the dry cleaners with his dad’s sushi chef uniform. Even though it’s mentioned he previously agreed to it, as soon as the cameras start rolling he changes his mind. This results in tears and a noticeable awkward tension between the child, his parents, and the film crew. Both his mother and father have to firmly convince him that it’s necessary for him to go – even when met with the child’s unfaltering logic that his mother could just go in his place.

But the children in the episodes are never fully alone – in fact the TV crew are almost always in shot, which makes this the key difference between reality and reality TV.

‘I can see how a show such as this would be very popular with viewers – seeing children being “cute” and experiencing the suspense of waiting to see if the children will be successful or not,’ said Margetts.

‘But treating young children as “objects of entertainment” and expecting them to do activities that are not typical of children their age, raises ethical issues for me around respect and care and the overall wellbeing of the children.

‘Additionally, it is important to consider the vicarious influence of this show – as some people will see the children doing errands successfully without realising that the children are being accompanied and safeguarded (by the film crew), and they may potentially expect their children to do the same, or encourage their children to do errands “to see what will happen”, without considering their child’s abilities or putting in place the necessary protective measures’.

Personally, I’m not overly concerned with these depictions of toddlers doing what they do best: making mistakes, and discovering the world’s mysteries one bump at a time. It’s a TV show after all – which undoubtedly means a lot of TV magic is going on behind the scenes.

The errand runs are also valuable as teaching moments. As Margetts says: ‘household tasks and errands provide opportunities for nurturing children’s self-concept and confidence. I know of people who have sent their four-year-old child independently to do errands at a shop close to home, or allowed them to take themselves to play at a neighbour’s house’.

As for whether people will watch Old Enough! and decide to send their toddler out for some ciggies and a six-pack of VB: ‘There are laws in states and territories that relate to child supervision and the ages of children. In Victoria, it is an offence for a person responsible for a child to leave the child unattended for any longer than is reasonable, without making appropriate arrangements for the child’s supervision and care,’ said Margetts.

‘This includes leaving a child at home, or in a car, or anywhere else unattended. In Victoria there is no set age at which it is legal to leave a child unattended. It depends on the child and the situation’.

Old Enough! is still a favourite comfort watch of mine, and I believe it will remain that way for many viewers. But as to whether we’ll get an Aussie equivalent, I just can’t see it happening.

Old Enough! is available to stream now on Netflix.