TV Review: Freeman is a portrait of Aboriginal excellence 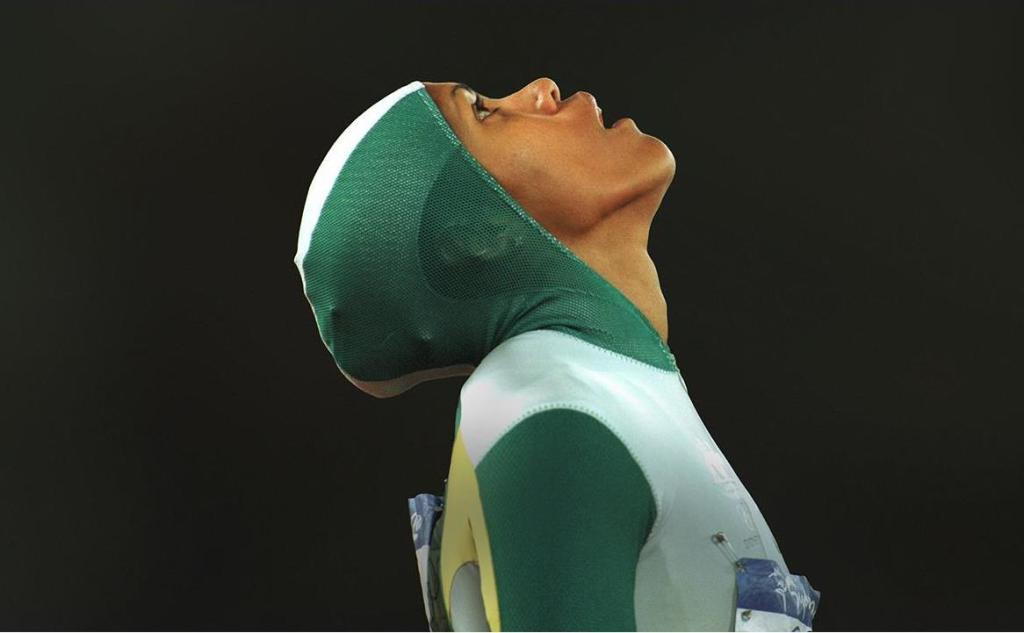 Freeman is an elegant, captivating and surprisingly frissonic celebration of Kuku Yalinji woman Catherine Freeman, and her twenty-year bid to become an Olympic champion.

Known more by her casual, media-imposed moniker ‘Cathy’, Catherine Freeman is arguably one of the most enigmatic and captivating public figures in our country.

I’ll admit that I did wonder how a documentary detailing a well-known yarn, with a much-celebrated ending, might land in the now; and I pondered whether a fresh take could match the jubilant memories many of us have of Freeman’s role in the 2000 Sydney Olympics. But Freeman, made in celebration of the 20-year anniversary of that win, is both fresh and fascinating.

The hour-long documentary – written, produced and directed by French Australian director and producer Laurence Billiet – begins with a joyous burst of anticipation, before it changes pace to map the dignified journey of an eight-year-old girl who dreamed by first putting the words ‘I am the world’s greatest athlete’ on a wall in her home, and then making that dream a reality for the world to behold by the time she turned 28.

Billiet commandeers the unwieldy glut of media coverage that Freeman herself acknowledges as ‘overwhelming’, to create a narrative of determination, triumph and success; one that purposefully and rather profoundly explores struggles, injustice and the dire realities of Aboriginal and Torres Strait Islander Peoples in Australia’s past and gradually-changing present.

The broad palette of media snippets in Freeman is complemented by reflections from the woman herself, in Cathy’s trademark bubbly-yet-sincere, determined voice. An engaging balance is struck, resulting in renewed appreciation for her focus, determination and tact in trailblazing a track that still, after twenty years, remains legendary and unmatched.

The most inspired and buoyant aspect of the documentary’s narrative is the addition of Yawuru woman and dancer Lillian Banks, who is choreographed sparingly but brilliantly by Stephen Page of Bangarra Dance Theatre, who doubles as the doco’s co-director.

Banks serves – it seems at the beginning of the documentary – as a body double of sorts, before becoming an intrinsic element to the retelling of Freeman’s epic story.

Page’s choreography playfully begins by mimicking the movements we’ve come to know of Freeman limbering-up at the starting blocks, stretching as she prepares to race, grounding herself beautifully, all portrayed by Banks who is pointedly barefoot throughout her performance. About midway in the documentary we see a cutaway featuring Banks and Freeman, standing as though both looking at themselves in a mirror, but between them is a scrim featuring projected flames. It’s a powerful and purposeful moment that reads like the handing-over of a legacy; or to use a track and field metaphor, it’s like a baton race. Through Banks, the spirit of Cathy Freeman lives on, she’s renewed, she echoes… It’s a really poignant and successful element to the story that’s being retold and handed over.

For all of the success detailed by Freeman, the film does make room for sombre reflection. Surprisingly, regret features as a theme, and it’s purpose is perhaps like a relay baton too, held out to those of us watching.

Interestingly, Freeman doesn’t become heavy-handed with politics, which isn’t to say politics aren’t woven throughout. The Stolen Generations, Aboriginal imprisonment and displacement, the disparity in experiences for Aboriginal and non-Aboriginal war veterans, and racism in sport are all given airtime.

Surprisingly, regret features as a theme, and it’s purpose is perhaps like a relay baton too, held out to those of us watching.

A fine and elegant line is straddled in Freeman that in turn allows us to recognise and respect the struggles of all Aboriginal people, as experienced by Catherine Freeman and her family, without faltering toward a space that might result in the domineering and entitled nay-sayers among us to moan about how sport and politics don’t mix. In life and in legend, Freeman reminds us that they do.