The Other Side of the Wind: Whose Film Is It?

Netflix has given new life to Orson Welles's unfinished film and Adrian Martin finds it fascinating.
Adrian Martin
[This is archived content and may not display in the originally intended format.] 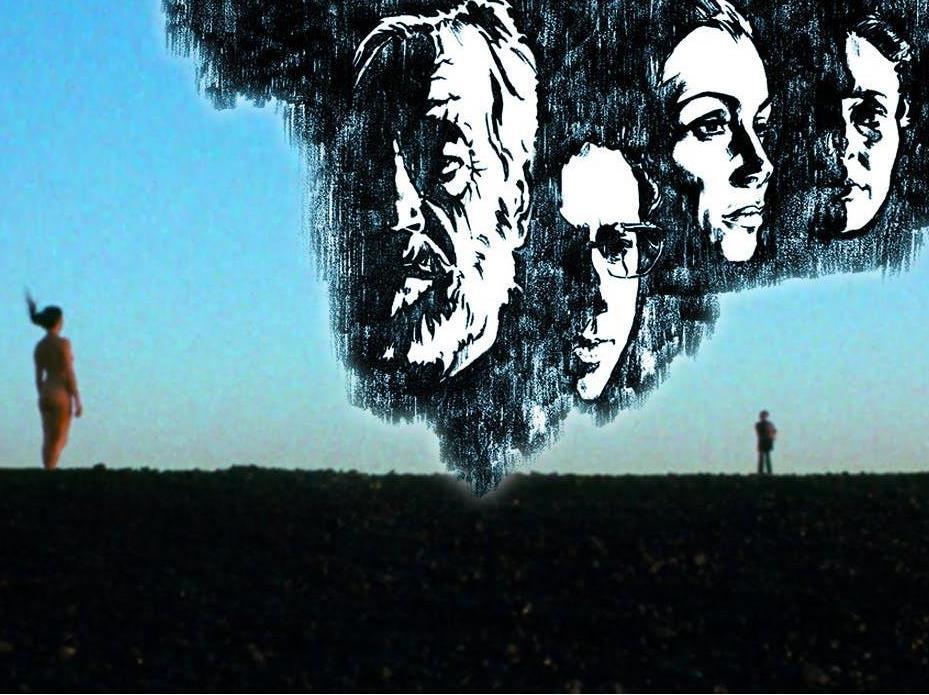 Image: Poster image for The Other Side of the Wind

Near the end of 2018, a true cinema miracle occurred: the world finally got to see Orson Welles’ The Other Side of the Wind. Shot in fragments – and in different countries – between 1970 and 1976, it was wrestled into an incomplete workprint by Welles on his personal, portable editing table during the subsequent, remaining nine years of his life.

But it seems pretty clear (judging from the enormous amount of documentation accompanying the film’s stop-start production) that Welles would probably have been unable to materially complete The Other Side of the Wind in his lifetime, at least according to the initial plan he envisaged. Not only were some elements missing or unmade, but the huge mass of accumulated image and audio recordings had been scattered across the world, and were tied up in various wrangles of legal ownership. It has taken a long time – and several concerted attempts resembling the successive waves of a military campaign – to get the pieces together, under the patronage, finally, of Netflix.

I find The Other Side of the Wind, as we now have it, to be an absolutely fascinating object. It’s not among Welles’ greatest works – F for Fake (1973), made in an interregnum during its protracted filming, is even more dazzling and radical as an experiment in montage – but it’s rich and impressive. Those who have grumbled about its “dated” quality – as exhibited in the scandalously “queer” secrets of its central character, veteran director Jake Hannaford (John Huston), or the trippy, psychedelic nature of its wildest scenes – need a reality-check: of course, any film began in 1970 is bound to be dated (and, in this case, spellbindingly so), what else do we expect?

Is it really “a film by Orson Welles”, though? I cast no aspersions on the goodwill, tenacity or attention to detail of the central players involved in its reconstruction, including cast member Peter Bogdanovich, producer Filip Jan Rymsza, and editor Bob Murawski – not forgetting Welles’ partner Oja Kodar, who protected his unfinished works for decades. Ultimately, however, we can never know – despite the existence of the 30 to 40 minute workprint, and a screenplay – how Welles would have exactly organised his 100 hours (!) of raw footage. In particular, we can only guess at the exact relationship he would have established between the main story (Hannaford’s long day’s journey into night at a party in his honour) and the embedded film-within-the-film starring Kodar.

Every reconstruction of a film work after the death of its auteur can only be a hypothesis, more or less sensitive, more or less informed. I recall the restoration in 2004, led by Richard Schickel, of Samuel Fuller’s brilliant, testamentary war movie, The Big Red One (1980): again beginning from an incomplete workprint, Schickel took the executive decision that, in his view, some elements of Fuller’s vision simply did not work and could not cohere – and thus were omitted. Purists can protest over such posthumous editorial decisions, but the fact is that neither the longer version of The Big Red One nor any version of The Other Side of the Wind would be generally viewable today without this benevolent intervention.

Filmmakers themselves may have mixed feelings about the whole phenomenon. When Bernardo Bertolucci died on 16 November 2018 at the age of 77, I recalled a poignant story. Wheelchair-bound during his last years, Bertolucci was able to make only the touching “chamber movie”, Me and You (2012). In that period, his classic The Conformist (1970) was fully brushed-up and restored. When a colleague conveyed to him the news of the completion of that project, Bertolucci acted diffident, even melancholic. “What’s wrong, Bernardo?”, his friend inquired. “They’ve restored your masterpiece!” Bertolucci went silent for a while, and then huffed: “That’s all very well. But why don’t they restore me, instead?”

The Other Side of the Wind is available to watch on Netflix here.