This new three-part television series explores the history of Australian theatre, from the earliest convict production to the present day.
Richard Watts
[This is archived content and may not display in the originally intended format.] 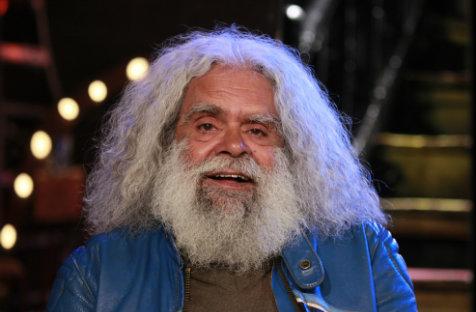 4 June, 1789: just 18 months after the First Fleet’s arrival at Sydney Cove, George Farquhar’s Restoration comedy, The Recruiting Officer, becomes the first European play to be staged on Australian soil. But as Bundjalung woman and director Rhoda Roberts remarks in the first episode of Raising the Curtain (a new three-part TV series exploring the history of Australian theatre) theatricality was already an Australian tradition.

‘I always look at the writings of the First Fleet diaries, and when they witnessed a corroboree for the first time, they actually labelled it a ‘bush opera’, because it contained everything that an opera had – it had songs, it had music, it had humour, it had tragedy, etc etc,’ Roberts says.

Episode One, ‘Movers and Shakers’, traces the development of the Australian theatre sector. Detailing the achievements of well-known entrepreneurs such as James Cassius (J.C.) Williamson and Harry M. Miller, the program also acknowledges the roles played by Irish actor and entrepreneur George Coppin (described by historian Frank Van Straaten as ‘the father of Australian theatre’) and visiting performers Sarah Bernhardt and Lola Montez in fostering the local industry.

The rise of the Tivoli touring circuit and the crowd-pleasing ‘blue’ comedy of Roy Rene are discussed, alongside the work of senior public servant H.C. ‘Nugget’ Coombs in establishing subsidised theatre via the Elizabethan Theatre Trust, though his role in the development of the Australia Council is, oddly, not mentioned in this episode.

There are other oversights: the impact of John Clark’s appointment as the director of NIDA in 1969 is acknowledged, but the 1958 foundation of NIDA goes unmentioned. Nor is there any discussion of the foundation of the VCA in 1972 or WAAPA in 1980; indeed, there is virtually no discussion of Australia’s theatre history outside of Sydney and Melbourne.

The parade of talking heads intercut with archival footage is edifying but occasionally uninspired, and the episode also suffers from cramming too much information into its 55 minute running time – thus a dizzying leap from Bob Maza and Jack Charles establishing Nindethana, Australia’s first Indigenous theatre company, in 1972, to producer John Frost’s success on Broadway in 1996 with the Tony Award-winning revival of The King and I. As a crash-course in Australian theatre history, however, the episode excels; even the most informed viewers are sure to find it simultaneously stimulating and engaging.

The two remaining episodes in the series – ‘Not the Queen’s English’ (which looks at the development of the Australian voice in theatre) and ‘The Shock of the New’ (examining the growth of the Australian theatre sector from 1970 to today) have not been previewed, but will no doubt, like ‘Movers and Shakers’, fascinate and occasionally frustrate in equal measure.

Despite its flaws, Raising the Curtain both educates and entertains, and is highly recommended for anyone with an interest in Australian theatre history.