It might not be groundbreaking, but this doco has the right kind of swagger and charm to pay tribute to the woman at its core.
Glenn Dunks 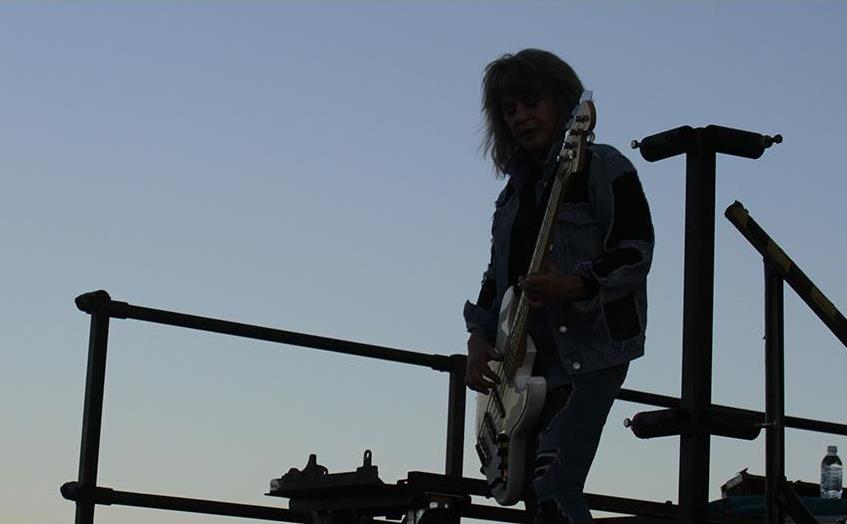 Suzi Quatro is not an Australian performer, although you would be forgiven for thinking she were. Despite a thick American accent, her glam-rock-meets-Twiggy spirit plants her firmly among the land of Top of the Pops in the UK, while that just-one-of-the-boys attitude makes her a perfect fit for the hard-drinking Aussie pub rock scene.

This conflict probably isn’t helped by the new documentary Suzi Q, which is an Australian production and is told in the style that has become familiar among local documentaries. Similar in its cinematic language to another 2019 Melbourne International Film Festival world premiere, Iron Fists and Kung Fu Kicks, Liam Firmager’s film (his first since the Peter Brock doc King of the Mountain in 2015) is full of high-energy editing (by Firmager and Sara Edwards), colourful on-screen effects and layers plus kitschy Pop-Up Video-style stats and figures. Bounding along to the thump of Quatro’s famous bass guitar, the documentary seems tailor made to be described as ‘rollicking’.

This style can come off as a little bit daggy, but nonetheless pairs well with the American rock star who doesn’t seem to take herself all that seriously. Suzi Q’s rockabout attitude is certainly a step up from the dreary almost funereal trappings of recent American productions about female musicians like Linda Ronstadt: The Sound of My Voice and Netflix’s Gaga: Five Foot Two. What it may lack in non-fiction ingenuity, it makes up for with fun swagger and that counts for a lot given the woman at its core.

Quatro was the girl from Detroit City. Beginning in The Pleasure Seekers with her sisters as a teenager before striking out with other male-dominated bands in the early 1970s, Quatro eventually went solo. By 1973 she already had a number one single in Australia and across Europe with “Can the Can” and soon racked up hit albums with chart-busting hits like “Daytona Demon”, “Devil Gate Drive” and “Stumblin’ In”. She sought to not be boxed in by her stage persona and took stage work on London’s West End with Annie Get Your Gun as well as the dreaded panto, and she acted on the popular 1970s sitcom Happy Days as Leather Tuscadero. 50 million record sales and a trailblazing career as the first female bass-player later, she continues to tour – predominantly in Australia and Europe.

Her influence is clearly felt on a generation of musicians through Firmager’s film, which features interviews with a long list of rock royalty: Joan Jett, Cherie Currie and Lita Ford of The Runaways, Blondie’s Debbie Harry, The Go-Go’s Kathy Valentine, Donita Sparks of L7, Talking Heads’ Tina Weymouth, plus some guys called Alice Cooper and Henry Winkler. They offer insights into the industry that demonstrates the world that Suzi came up through and the markedly different one she will leave behind. Whenever she decides to put down the guitar, of course.

The film is also keen to highlight the fact that, despite Happy Days, Quatro was never particularly big in her home country. Which comes back to why she is so often mistaken as being a part of the furniture, so to speak, of Australian and British rock scenes. I’m not complaining either. Lord knows the local documentary scene could use a shake-up following a long list of works about male musicians stretching from icons like Jimmy Barnes, Michael Hutchence and Midnight Oil to more obscure names such as Roland S Howard, Troy Davies and Geoffrey Tozer. If we can’t have documentaries about Chrissy Amphlett, Little Pattie or Margret Roadknight then this will have to do.

Just as any star tribute documentary such as this cannot exist on Wikipedia history lessons alone, Suzi Q’s sneak attack comes in the form of her family. Tensions run deep through the Quatros as the sisters work through the struggles they all dealt with – and continue to do so – as Suzi’s star rose and theirs decidedly did not (although Patti Quatro was a part of pioneering ‘70s band Fanny who were also an influence on a growing crop of female musicians). In one instance, Suzi speaks of returning home from the UK, barely 20 years old, to find the room all but stripped of her possessions. ‘They rolled me out of their lives,’ she says, ‘like I didn’t exist anymore.’

It is in these sequences that the film becomes less of a standard late-career tribute and more of an in-depth exploration of what it can mean to be a woman in the world of rock and roll beyond the everyday misogyny. That she survived for as long as she has in the industry is already a testament, but Suzi Q is a fine underlining of why that is. Even if it is a bit daggy, that’s at least a part of its charm.