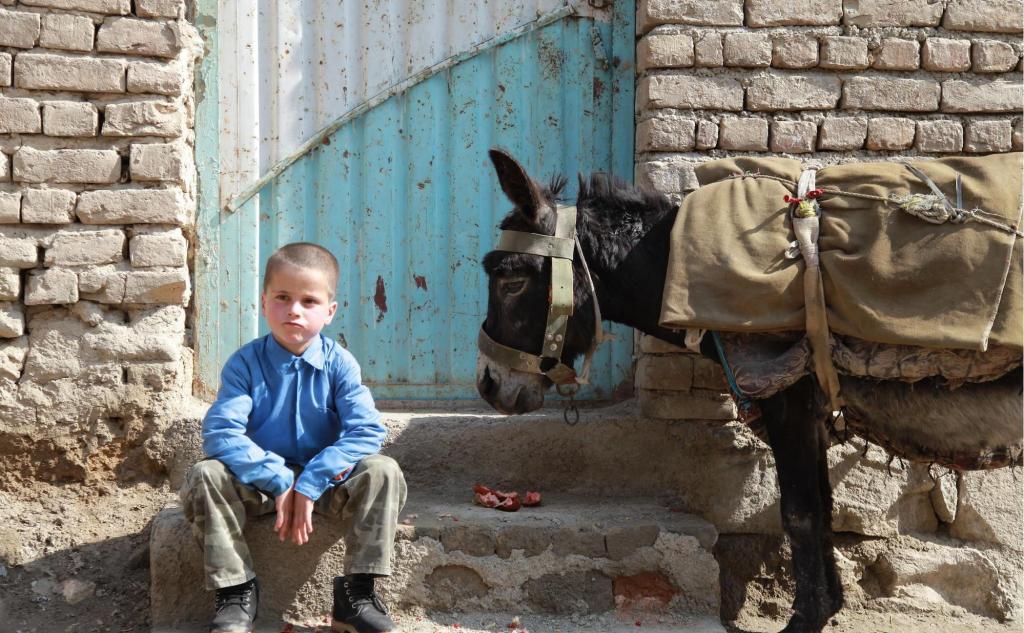 In 2006 when Joe Carnahan’s Smokin’ Aces hit cinemas, with an all-star cast headlined by Ryan Reynolds and Andy Garcia, I was the only one in attendance. At the end of the film there was complete silence. Such was the silence when the credits began rolling at the end of the Adelaide Film Festival premiere of When Pomegranates Howl, except this screening was sold out.

Shot on the streets of Kabul in Afghanistan, Granaz Moussavi’s new feature, which was partly funded by the Adelaide Film Festival, and post-produced in Adelaide, gave an alternative perspective of war to that of so many other films popular in western culture. War films like Lone Survivor and Three Kings (set in Iraq) paint a picture of the Middle East that tries to evoke sympathy for western lead actors and whatever horrific situation they find themselves in. When Pomegranates Howl attempts to turn that narrative on its head and succeeds with aplomb.

When Pomegranates Howl, written and directed by Moussavi (My Tehran For Sale) follows Hewad (Arafat Faiz), a 9-year-old boy working every day in the streets of Kabul to provide for his family.

Hewad, whose brother and father were both ‘martyred’, does it tough, pushing rickety carts up steep streets that are laden with cracks and potholes. He tries to have whatever child-like fun he can along the way, but never forgets he has a younger sister at home who is now his responsibility.

Faiz, an untrained young actor, is outstanding in the lead role and a delight to watch as the fast-talking, street-smart kid who works every angle, sees every chance, and seizes every day. He makes deals with anyone he can, in order to get ahead, and dreams of becoming a movie star. His biggest opportunity seems to come in the form of an Australian war photographer (Andrew Quilty).

Afghanistan is painted in a light not generally seen by western audiences, and it’s a welcome change. Seeing these people being happy in their culture, despite what is going on in society around them, is beautiful.

Throughout Hewad’s days on the street, hustling for a better life, some beautiful aspects of the city’s culture are on display. From community gatherings and markets, to the creation of pomegranate-filled amulets, a type of jewellery thought to give protection against evil spirits. War is largely left out of the frame, aside from two instances, along with the subtle sounds of explosions in the background. Afghanistan is painted in a light not generally seen by western audiences, and it’s a welcome change. Seeing these people being happy in their culture, despite what is going on in society around them, is beautiful.

The stunning cinematography (by Behrouz Badrouj) lends itself to extended shots, following Hewad up the roads and rough paths where he must push his rickety cart. Other shots last long after the action has left the scene, surely intended to cause contemplation of what’s missing in the life of this child, his family and the other children in the community. While these contemplative moments are effective, they do make the film feel a little slower than it could be.

Moussavi, a graduate from Flinders University in Adelaide boasts many screen qualifications, and it’s clear that the efforts in obtaining them has paid off. As a director, she’s able to brilliantly draw out multiple fantastic performances from an untrained cast, while also creating an atmosphere that successfully challenges the existing narratives of the Middle East. As a writer, her abilities are even stronger, crafting a story around the protagonist and drawing every out every emotion possible.

The story, which is based on true events that Moussavi heard about as an interpreter working in Australian immigration detention, while enlightening and fresh, is also completely heartbreaking, with that stunning conclusion leaving a sold-out cinema humbled, and completely silent.

Travis Akbar has been writing creatively ever since he was able to hold a pen and has been a film buff ever since he first watched Jurassic Park. Travis began reviewing films in 2018 for The Curb and has since written for several other online publishers such as Indigenous X, Junkee, Pedestrian, SBS and NITV.  In 2019 Travis began screenwriting and has written several feature and short films, some of which are in production currently. He is also working with Hollywood veteran Steph Lady on other projects. A proud Wongutha man, Travis has a keen focus on creating stories that contain social commentary and a diverse range of characters.  Travis lives on Permangk Country in the Adelaide Hills and can be found on twitter at @TravAkbar or contacted through his website at www.darkbeforedawn.com.au