Infinite is entertaining, you don’t have to pay too much attention, and afterwards you’ll be asking yourself 'did I really just watch Marky Mark make a sword in a garage so he could swap it for drugs?'
Anthony Morris 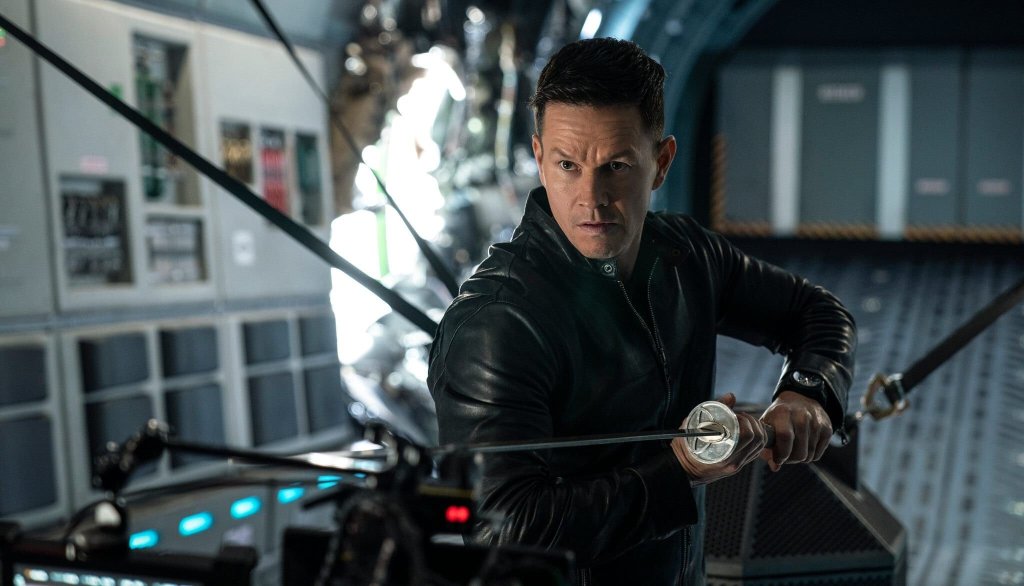 it’s hard to think of a better movie Paramount could have used to launch their streaming service Paramount+ than Infinite. Though just to be clear, it’s very easy to think of a better movie than Infinite, because Infinite is both pretty silly and kind of a mess. But that’s what makes it a great film to launch a streaming service with: it’s entertaining, you don’t really have to pay full attention to it, and afterwards you’ll be asking yourself ‘did I really just watch Marky Mark make a sword in a garage so he could swap it for drugs?’

After an all-action opening sequence that supposedly takes place in the mid-80s, which is a detail that gets more amusing as the film goes on, we meet Evan McCauley (Mark Wahlberg) bumming around present-day New York being insulted at job interviews. Why a fancy restaurant would bring him in for an interview only to repeatedly point out he’s both mentally ill and violent is only one of the many mysteries this film serves up, but it does at least establish the only two things we need to know about him.

READ: Paramount+ launches in Australia this week. Here’s what you need to know.

When a drug deal goes wrong, and by ‘wrong’ I mean ‘McCauley stabs the drug dealer with the Japanese super-sword he made for him,’ he finds himself locked up in the local police station. There’s a mysterious man known as Bathurst (Chiwetel Ejiofor) wanders in, sits down, and starts calling him Treadway.

If you ever wondered what The Matrix would have been like if the lead was played by a fifty year old who was also kind of like Jason Bourne, here’s your chance.

Supposedly they’ve known each other for centuries, which makes as much sense as everything else so far, and when a car then crashes into the cell and the driver (Sophie Cookson) all but says ‘come with me if you want to live,’ the tone for the rest of the film has been set: it’s going to be a wild ride.

Unfortunately large chunks of this ride have been taken from other popular films. If you ever wondered what The Matrix would have been like if the lead was played by a fifty year old who was also kind of like Jason Bourne, here’s your chance. The hook tying everything together – there’s a mystical super-science base hidden in Asia, teams of cool-dressing people with super-murder skills, rival globe-spanning organisations who’ve been at war with each other for centuries, a McGuffin that will wipe out humanity and so on – is reincarnation.

Supposedly there’s a handful of people across the world who remember their previous lives, which means they know a lot more stuff than regular action heroes. They’re split into two groups: The Believers are the good guys, who were led by Treadway until his current incarnation (McCauley) had his memories shocked out of him at puberty by modern medicine, while the Nihilists are led by Bathurst and want to end all life on Earth because they’re over it. Going by this film, who could blame them.

For centuries these warring factions were basically at a stalemate, but now Bathurst has a gun that can store its victim’s souls on a chip (so no more reincarnation for them, rapidly cutting down the Believers numbers). If you think ‘why doesn’t he just shoot himself with that if he just wants to die,’ you’re not paying attention to the whole ‘they’re stuck in a digital prison’ angle. Though to be fair, this is all a lot to take in.

Bathurst also built a bomb to destroy the world but as we saw in the opening sequence, in his previous incarnation Treadaway hid the various parts and yes, that means McCauley is meant to be 35 even though he’s played by Mark Wahlberg.

Is there a big fight on a spinning plane that somehow isn’t quite as good as the one in the Jason Statham film Transporter 2? Does Jason Mantzoukas play a party god with a purpose-built drowning tank in his house? The answers may surprise you… unless you guessed “yes”.

Will Treadway get back his memories of being the Deadliest Man Ever in time to make Bathurst the Deadest Man Ever? Is there a big fight on a spinning plane that somehow isn’t quite as good as the one in the Jason Statham film Transporter 2? Does Jason Mantzoukas play a party god with a purpose-built drowning tank in his house? The answers may surprise you… unless you guessed “yes”.

While the story is a compost heap of cliches, director Antoine Fuqua (Training Day, The Equalizer) makes sure the action sequences are both thrilling and ridiculously over the top, which is honestly all you really want from this kind of film. Wahlberg is totally miscast but seeing him wave a sword around is fun, Ejiofor brings out the full ham platter and devours both it and the scenery around him, and everyone else takes up space that probably could have been better used to store more weapons in.

In cinemas all this probably would have seemed too stupid and garbled to be worth the trip, but at home? This is perfect background viewing, a film that conveniently lets you know when you need to look up from your phone by making sure something explodes at the start of every action sequence. Increasingly there’s speculation that the shift to streaming will result in even dumber movies, with producers no longer motivated by the connection between box office and profit to make decent films; good luck going dumber than Infinite.

Available to stream on Paramount+ from August 11